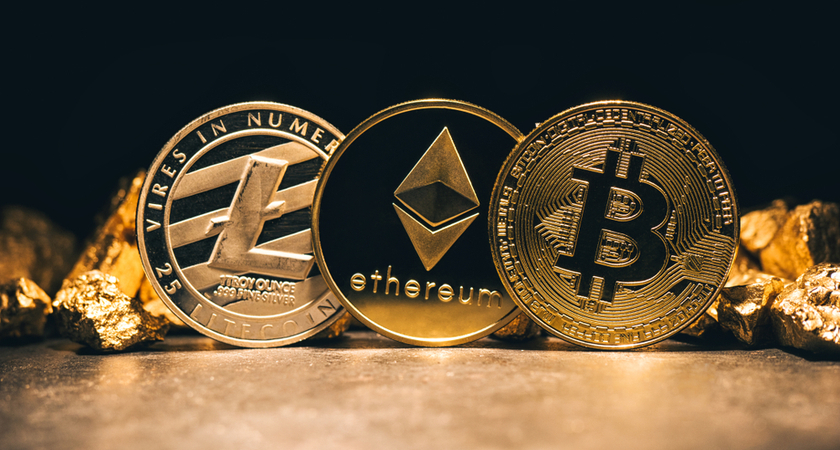 When the dates showed November 2008, the concept of cryptocurrency entered our lives with the article "Bitcoin: Electronic Cash System between Peers" published by the person or group with the code name Satoshi Nakamoto. With Bitcoin, people started to actively use cryptocurrencies, which are an alternative to fiat money, and they rapidly expanding their usage areas. In this new area where Bitcoin is a pioneer, 2365 cryptocurrencies have emerged until September 2019, and today the number of cryptocurrencies has reached over 7 thousand. (Assoc. Dr. M.YILDIRIM, 2019, Blok Zincir Teknolojisi, Kripto Paralar ve Ülkelerin Kripto Paralara Yaklaşımları)

People tend to follow the popular because of their nature, but what are the cryptocurrencies at least as popular as Bitcoin?

Ethereum, both a cryptocurrency and a cryptocurrency operating system, was first introduced by cryptocurrency researcher and programmer Vitalik Buterin in late 2013. It is the largest cryptocurrency in the cryptocurrency market after Bitcoin. Increasing its value in a short time is shown as the biggest competitor to Ethereum Bitcoin, which is more innovative than Bitcoin's blockchain system. Ethereum production is made by mining and unlike Bitcoin, it is made over the GPU (video card) without the need for high processor devices. Although there are 111 million units in circulation at the moment, there is no restriction for its supply. We have stated that Ethereum is the cryptocurrency operating system, thanks to this feature, it allows the creation of new software, allowing new cryptocurrencies to participate in circulation. Since it was launched, it has seen its highest value so far as 1400 dollars in 2018.

It is a stablecoin that was launched as Real coin in 2014 but was renamed Tether in 2015 after rebranding. It is a blockchain-based cryptocurrency whose value is fixed at $ 1 by its manufacturer. The biggest advantage of Tether is that it is fixed to the dollar, allowing investors to avoid converting different cryptocurrencies into dollars and transfer them between platforms in a fast and cheap way. Tether is not mined, it is released by the manufacturer Tether company for 1 US dollar for each Tether. Tether surpasses Ripple in terms of market value in 2020 and is traded as the third-largest cryptocurrency after Bitcoin and Ethereum.

It was launched in 2012 as a payment network "RippleNet" as well as a cryptocurrency "Ripple / XRP". Unlike many cryptocurrencies, Ripple is a non-mining cryptocurrency where blockchain-based ledgers are managed entirely by a company. The aim of Ripple is the reliable, cheap, and fast transfer of high amounts of assets and money. With Ripple, a transfer process from one end of the world to the other is provided in 4 seconds. With the presence of a center, it stands out as a cryptocurrency and network that is often preferred by large companies and banks that provide payment systems because they can find a counterpart. It is the cryptocurrency that comes after Bitcoin, Tether, and Ethereum in terms of market value. The reason why Ripple's price is lower than other cryptocurrencies is shown as its use as a transfer tool. As Ripple production, 100 billion was produced in the first place, but 38 billion of them were put into circulation.

Stellar, which appeared in July 2014; is the platform that connects banks, payment system infrastructures, and people to ensure fast, reliable, and minimal cost transfer of money. It was founded in partnership with Jed McCaleb, the designer of Mt Gox and Ripple. It was named Lumen with an update on the network in 2015. Lumen is the Stellar network's cryptocurrency. There is no Stellar mining process. The existing 103 billion Stellar has been put in circulation before the network becomes operational.