Which Cryptocurrencies Are Best For Long-Term Investment In 2021? 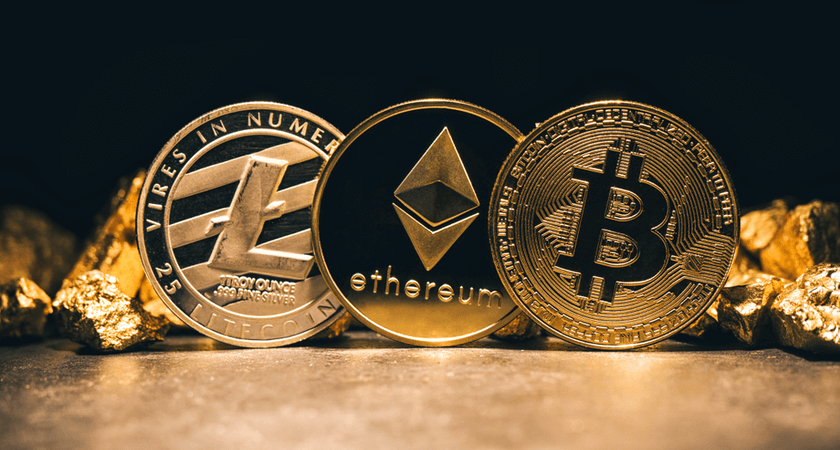 Cryptocurrency profits have outperformed considerably stocks, exchanges, and commodities in 2020. Bitcoin's return in 2020 was 305%, while the gold investor could profit 54%, and for the dollar investor, this number is only 24%. Therefore, if you are not sure how to invest in 2021, cryptocurrencies may be your best and most profitable option! There are more than 500 cryptocurrencies on the market, so it's pretty difficult for a beginner to decide. Thus, we have briefly listed for you the promising cryptocurrencies in the long term, along with the usage areas and price expectations.

If you have somehow heard of cryptocurrencies, the first currency you encounter is undoubtedly Bitcoin. Bitcoin, the first cryptocurrency launched in 2009, is located in a separate place from other cryptocurrencies with 70% market dominance and a market cap of $700 billion. Bitcoin, whose market capitalization suddenly fell due to the unsafe atmosphere in the pandemic in March 2020, has made a rapid recovery, and both its price and the volume of the market have continued to rise since those days. Bitcoin priced at $4.720 in 2020 March rose to $42.000 at the beginning of 2021 January. The current price is around $38.000; after jumping up, it has normalized itself. Although this exchange rate is not unusual for a cryptocurrency well-known for its volatility, it has been encouraging for Bitcoin investors who are worried about the immediate crash in March. How will the Bitcoin increase in value? Some experts believe that these price levels are just the beginning. Executive of U.S.-based Citibank, one of the world's most reputable banks, Tom Fitzpatrick, stated that they had estimated the Bitcoin price to be $318,000 in December 2021. On the other hand, the distinguished bank JPMorgan estimated Bitcoin's long-term prices at $146.000. In 2017, Jamie Dimon, CEO of JP Morgan, called Bitcoin a ‘fraud.' But, then, he changed his mind recently and gave statements that Bitcoin could become digital gold and that its potential long-term return could not be ignored. Jamie Dimon's u-turn on Bitcoin is a good example of how corporate leaders see Bitcoin. We believe that big companies invest in 2020 will continue to increase in 2021, which triggers the price movements up.
Bitcoin check out the details!

When Bitcoin dominates the crypto world, Ethereum placed second on the market cap, is considered by many experts to carry the highest potential in the crypto market. Ethereum's blockchain technology (or database) is mainly focused on decentralized applications (DeFi) instead of Bitcoin being promoted as a digital currency, even if ETH is regarded as an alternative to Bitcoin fiat cryptocurrency by fans. ETH is a software platform supporting decentralized finance applications that work without fraud or interference from a third party. Applications running on the Ethereum platform work with their own encryption. That encourages Ethereum platform usage for developers who aim to develop applications and run in this network. Additionally, Ethereum is a cryptocurrency which can be used for buying and selling the other cryptocurrencies. Although the market cap is low compared to Bitcoin, its potential is quite charming.
Ethereum check out the details!

Stellar was founded by Jed McCaleb in 2014, who is also one of the founders of the Ripple company. Mccaleb started the Stellar project after leaving Ripple due to a difference of opinion he had with his partners about the future of Ripple. Stellar is a global payment system using blockchain-based, distributed ledger technology that aims to connect all people and financial institutions around the world and reduce the cost and time of cross-border asset transfers. It was developed with the same purpose as Ripple. Although Stellar stems from the same foundation as Ripple, it has a completely unique infrastructure with code changes. On December 22, SEC filed $1.3 Billion lawsuit against Ripple Labs and alleged that Ripple held unregistered securities sale, that followed XRP sank 50%. After the lawsuit, Ripple thinks the funds are exchanged with XLM, as the alternative of Ripple payment system. The OCC's decision to allow U.S. banks to use publicly available blockchains and dollar-backed stable coins in their financial systems benefited XLM, as well. Due to Ripple's ongoing lawsuit with the SEC, the same advantage does not apply to XRP for now. XLM also gained value after Stellar announced earlier this October that it was helping Ukraine develop its own central bank digital currency (CBDC). Although the XLM token will not play a role in the CBDC, this has not prevented some investors from buying the token after the news.
XLM check out the details!

Chainlink was developed by an organization called SmartContract, founded in September 2014 by CEO Sergey Nazarov and CTO Steve Ellis. For Chainlink, which has a different business model from other blockchain projects, we can say basically that it is a middle structure that provides information flow from the outside world to smart contracts used by blockchain and DeFi platforms. Payment services such as PayPal, Visa bridge the gap between banks and Blockchains such as Ethereum and Bitcoin and provide the pieces of information required by smart contracts. Link's funding was launched at ICO, and the project managed to raise $32 million investments in September 2017. The Link price at ICO was $0.09 and was priced at public sale is $0,11. In 2018, it made a good start, increasing from 0.15 USD to 0.43 USD. Some improvements have come up to lead Link's price to rise to 1 USD. In June 2019, as a result of news about potential cooperation with Chainlink and Google Cloud on Twitter, the Link price increased from $1.19 to $1.93. Subsequently, listing on Coinbase raised the Link price to $4.45. However, after this sudden rise, with the correction at the end of August, Link fell back to $1.61. Link's price was $1.74 at the beginning of 2020, succeeded to rise again in February to $4.60. In the pandemic environment in March circling uncertainty, the price fell back to $1.75 and went back up to $3 in April. Then on July 7, amidst the news that China will launch national blockchain network, the price increased from $4.85 to $5.60 with a rise of about 15% per day. The upward trend continued with acceleration until mid-August. After the fluctuating price movements, it closed in the year 2020 with a price of $11.60. As of January 15, 2021, it is being traded at $17.83. The appreciation of Chainlink projects by other players in the industry has increased the trust and fan base of the company day by day. Some analysts expect the price to rise to 28 USD by the end of 2021.
LINK check out the details!

This cryptocurrency, which is developed by former Google employee Charlie Lee, shares similarities with big brother Bitcoin. As an alternative to Bitcoin's 10-minute transaction time, it offers ease of use with a 2.5-minute transaction time and lower transaction fees. Another difference is that the total planned supply of Bitcoin is limited to 21 million, while the supply of Litecoin is 84 million. Let's get to the price issue. The highest value of LTC was $375 in 2017. The LTC price on January 15, 2021, is $145. We saw the highest price for Bitcoin in 2017 with $19,000 until recently, but Bitcoin quickly rose to $42,000 immediately after breaking the $19,000 band in December 2020. That is the reason LTC is very far from the all-time high value in 2017 is interpreted by some investors that it is currently priced below its value. Finally, it is worth adding that LTC is also included in PayPal's new cryptocurrency list. PayPal will roll out this service step by step worldwide next year. It is predicted that the demand for LTC will increase, as this will facilitate the accessibility of LTC by PayPal's wide user base.
Litecoin check out the details!