US GDP Comes Higher Than Expected

Polkadot Rises to the Top in Developer Activities

There has been a significant increase in developer activity of the Polkadot network, which is described as the "blockchain of blockchains". Polkadot took the first place in the data of development activities on the network, leaving Cardano behind. Although developer activity is a positive data about the network, it is not of great importance in terms of pricing and performance.

Amazon, one of the world's largest technology companies, plans to enter the world of digital assets and NFT in the spring semester of 2023. It is claimed that the company's general focus is NFT-based games and applications, and that they are working on games in the concept of playing games and getting NFT rights in return.

At the meeting held in Davos, one of the most important topics was blockchain adaptation and digital assets. Brynly Llyr, Blockchain and Digital Asset Manager at the World Economic Forum (WEF), who made statements on this subject, stated that she expects the real-world adaptation of blockchain technology to accelerate and advance in 2023.

Bitcoin is priced at $23,026, up 0.06% as of today's morning hours. BTC, which saw a selling pressure, although not abrupt, with the announcement of GDP data above expectations, retreated to the 22,600 support during the night hours and made a comeback from here. BTC, which tested the 22,150 level all day yesterday but failed to break it, managed to quickly return to the 23,000-23,100 region, although it retreated after the data. We see that the horizontal movement in BTC in the range of 22,200-23,300 continues, and in this range, the 22,550 and 23,100 regions affect the price movement as support-resistance. By following these levels, we think that Bitcoin can take advantage of intraday opportunities. 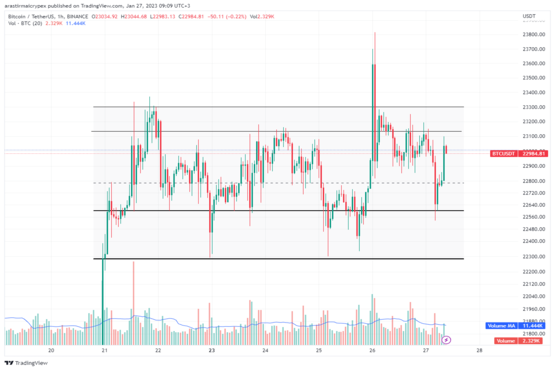 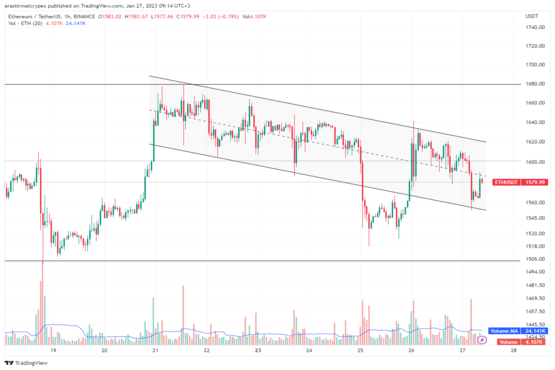 AVAX is trading at $17.97, down 0.50% as of morning today. The rising triangle in AVAX continues its movement. AVAX, which retreated a bit after testing the 18.25 resistance yesterday, is currently pricing in the $18 zone. In AVAX, the support of the triangle pattern is located at 17, the resistance zone is at 18.20. 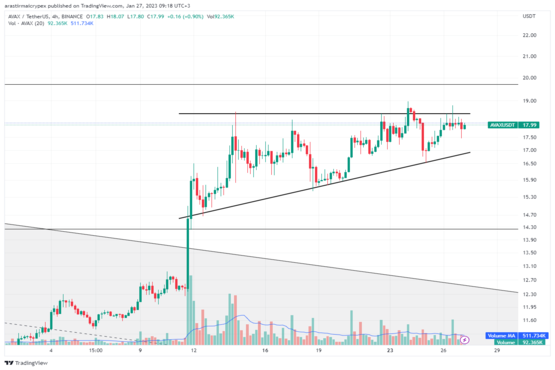 XRP, which lost 1.17% of its value in the morning, is priced at $ 0.4044. After the reversal from the resistance zone of the ascending channel movement seen on the 4-hour chart in Ripple, the channel managed to break the mid-band by testing it on the downside yesterday. We can say that the most critical support zone in XRP is 0.37, but before 0.37, the 0.3980 region will also work as a support and in the upward movement, the critical resistance zone will be 0.4170. 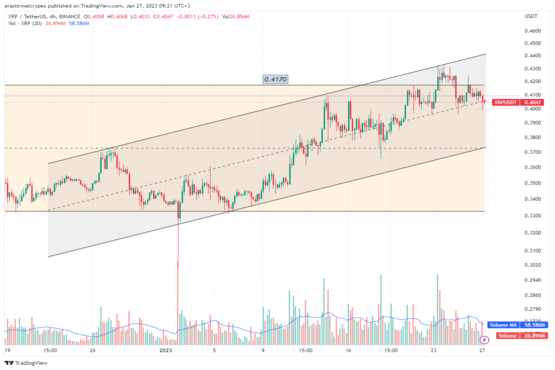 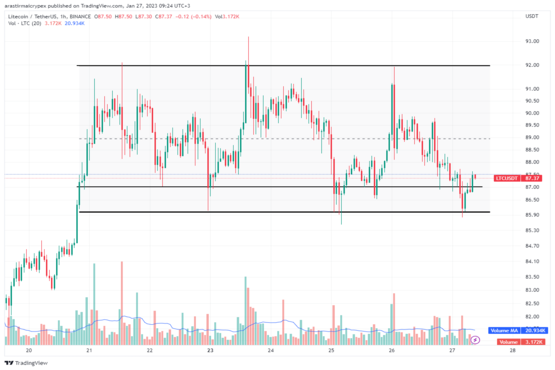 LINK is down 0.21% at $7,156 today. In LINK, we see that the level of 7.16, which is the resistance zone of the horizontal movement, is also the middle band of the upward movement. Although we think that the breakdown of this level will not be easy, we can say that the next resistance level will be in the 7.40 region in case of a breakout. 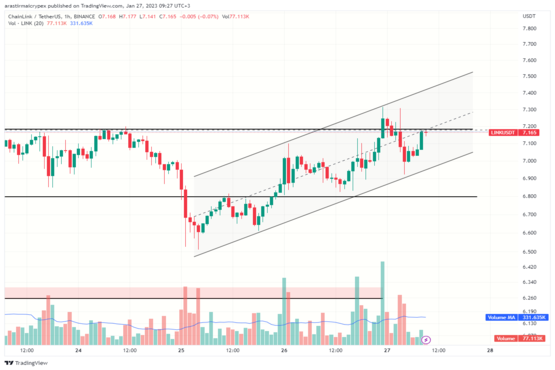 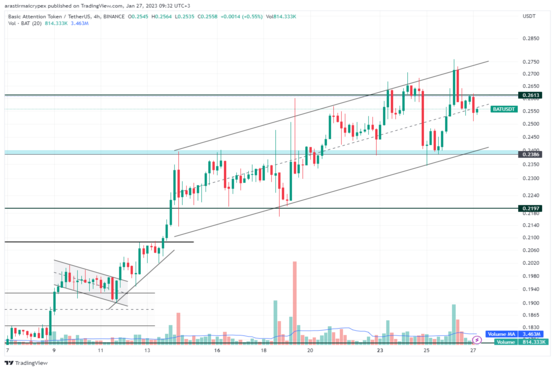