TRON's stablecoin, USDD, lost its $1 stableness on Tuesday. After the Terra incident, great precautions were taken to prevent a similar incident. However, USDD lost its stability with the big decline in the market. TRON also announced that $700 million of USDC was purchased to maintain USDD stability, and then added 500 million. After withdrawing 2.5 billion TRX from the stock exchange on Wednesday due to the security of the entire blockchain network, yesterday announced that a total of 3 billion TRX would be withdrawn from several cryptocurrency exchanges.

Is the 3AC Company Sinking?
We shared with you the rumors about the collapse of 3 Arrows Capital, one of the largest fund and crypto money investment companies, yesterday. According to today's reports, the company is said to be unable to meet margin calls. The inability to meet these payments in such investment companies is considered to be one of the worst possible developments. Following this news, it seems quite likely that the coins in the company's portfolio will experience a big decline in the event of a possible sinking.

The famous consulting company McKinsey shared its predictions for 2030 in the report published under the title of "Value Creation" in the Metaverse. He stated that they made this data based on the consumption behavior of Metaverse users. The report stated that the value of the Metaverse could reach $ 5 trillion in 2030.

Kazakhstan is known among the cryptocurrency-friendly countries. After they announced that they were building their own mining system, the profit and loss shares from the BTC produced were made last week. A project was even announced to establish a crypto money center in the Astana region. According to the news that fell this morning, crypto asset transfers can now be made on bank accounts in Kazakhstan.

Elon Musk, the CEO of Tesla and SpaceX and also one of the most active billionaires in the crypto money market, has moved to buy Twitter in recent months. Musk, who held his first official meeting with Twitter employees, was said to be considering projects related to the integration of crypto coins into Twitter and was evaluating it with his employees.

In Bitcoin, This Data Has Reached the Highest Level in History!
The indicator, known as hashrate, which measures the total computing power connected to the Bitcoin network, has reached an all-time high. As this indicator increases, it shows us how many computers and mining devices are connected in Bitcoin mining. This means that the BTC rewards from mining are further divided.

Following the interest rate hike of 75 bp, the positive pricing in the market was also reflected in risky assets. Cryptocurrency increased by an average of 10%. However, the negative news passing through the market and the fact that the pricing of the interest rate hike lasted for a day in all markets caused the crypto coins to fall to their pre-decision levels. Rumors of the possibility of a sinking from 3AC and Celsius companies also dissociated the market negatively.

Bitcoin is pricing in at $20,557 today, up 0.81% in the morning. With the 6th day since the break of the 28,000 band entered, Bitcoin continues to test the 20,000-20,500 level while not making a single attempt on the upside. We think that this very critical level will be further tested if it does not receive a positive pricing from the market. We will be monitoring the breakdown of this level. 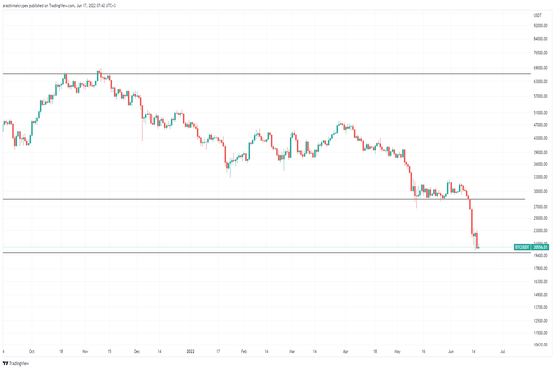 After the 3AC and Celsius crises, the Ethereum price fell to $ 1000. In particular, the margin call rumor of the 3AC company causes the pricing to still be negative.

Today, ETH, which gained 2.59% in the morning hours, is priced at $ 1096. When we look at Ethereum's weekly chart, we can say that the most critical support level has been broken and after this level, Ethereum, which is already weak, is likely to fall to $ 800 in the declines. 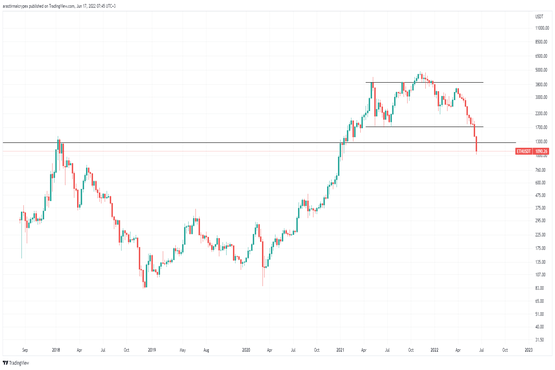 AVAX, which has gained 2.41% as of the morning hours, is priced at $ 16.17. When we look at the hourly chart of AVAX, we see that it is stuck in the 14.8-17 dollar band and managed to break the 17 dollar level, but then immediately returned to the band. A fall to these levels could be a good buying opportunity for AVAX, which remains strong at the $15 levels. Likewise, the $17 levels will be a good profit buying point for investors who do not think long-term. 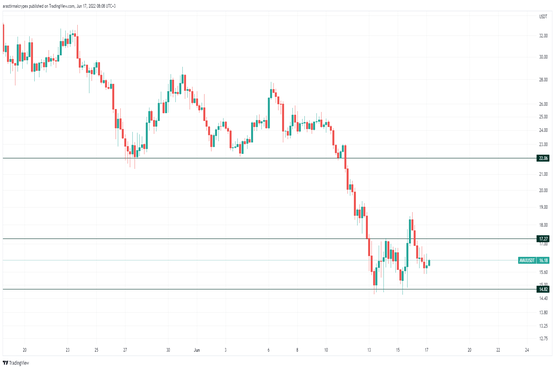 XRP, which gained 5.20% with the morning hours, is priced at $ 0.3295. On the daily chart, we see that Ripple, which is in a symmetrical triangle, has tested the support level at $0.28 several times but has failed to break it. We can say that BTC will not break the $0.28 level unless it breaks the 20,000 level and is looking for a rise. 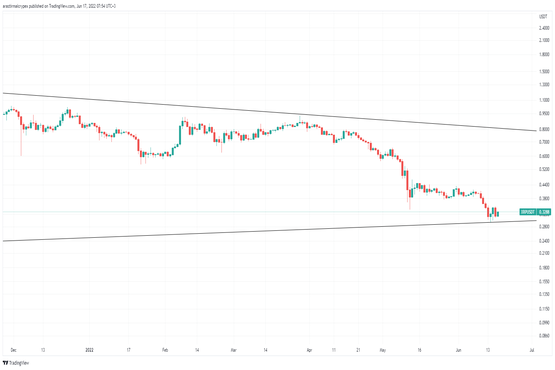 LTC is trading at $46.20, up 3.10% as of morning hours. In Litecoin, which has experienced a big decline with the news, we see that the critical level is the $ 40 level and this level has been tested many times. Although it is now closer to the $50 resistance, it will retest the $40 levels. 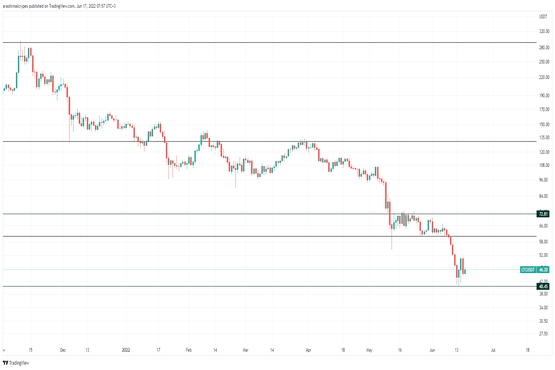 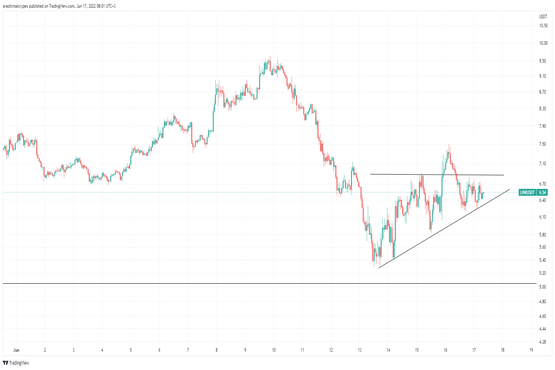 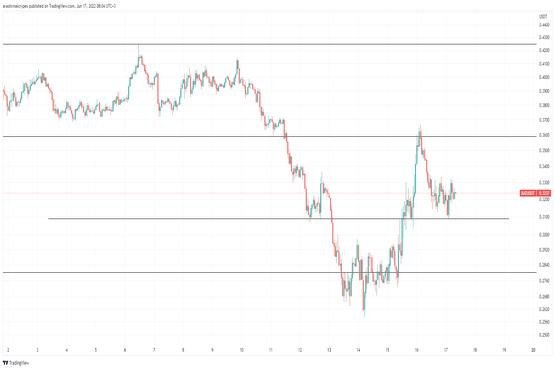