The crypto borrowing company Celsius, which came to the agenda with the news of its collapse and created a very negative impact on the market, continues to pay its debts. In the aftermath of the Luna incident, Celsius, one of the companies with the largest debt, managed to survive despite the collapse of funds like 3AC and several similar crypto asset borrowing institutions. Celsius withdrew 6083 BTC worth $124 million from Aave after resetting his debt to Maker. After that, it made $78 million in debt payments, first $60 and then $18 million. Celsius owes Aave $50 million to 72 Compounds.

Voyager Digital, one of the largest companies in the crypto asset market that is said to have sunk, said that they are working to open user account access. The announcement said that all investors are working to get their payments back, but perhaps they will not be able to receive their payments at once and in the same way they invested their money. With their bankruptcy filing last week, the company is ensuring it remains operational while executing its bailout plan. It was also announced that all customer assets are held in a bank and are equal to the amount of cash in Voyager accounts.

In these periods when the crypto asset market is quite volatile, a very important threshold point has been reached on the Bitcoin side. With the fall in prices, many investors who take this as an opportunity continue to create BTC addresses and enter crypto coins. Thus, the number of active Bitcoin addresses has reached 1 billion.

Bitwise CEO Hunter Horsley mentioned that investor profiles and companies are undergoing a great change and development as Bitcoin goes through a new bear market. According to Horsley's statements, individuals and companies with very high net worth, hundreds of consulting firms and many private banks have entered the digital asset market. Horsley, who said they work with private banks and put their products on their platforms, said these companies represent a total of $2 trillion in assets and millions of accounts.

In Bitcoin, the in-channel movement is still continuing. In addition to the positive news, negative news also comes and continues to move close to market levels. In BTC, where the number of active addresses has reached 1 billion, sales pressure still continues despite the fact that there is a lot of news and data about the entry of new groups, companies and individual investors into the market. BTC, which was in the $ 22,000 band on Friday, thus fell to 19,000 levels.

Bitcoin is pricing in at $19,540 with a 1.1% gain in value in the morning hours today. When we look at the 4-hour chart, BTC, which broke the channel middle band at the level of 19,800 after failing to break the upper band of the channel, is currently trading at $ 19,500, the middle level of the lower band. BTC, which has a very strong support from the 19,300 levels, seems to be very important to maintain that level. 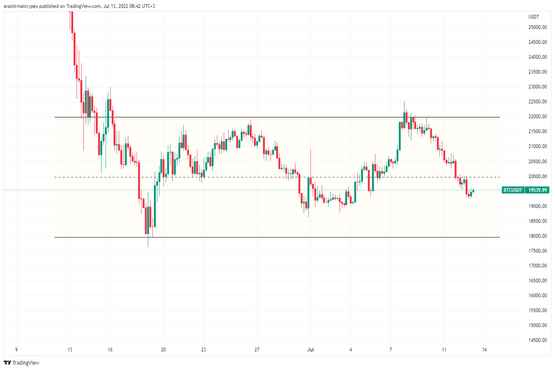 Negative pricing in Ethereum continues. In Ethereum, where the number of active addresses and market value have reached the bottoms of the last 2 years, the failure to break the $ 1270 levels causes reaction and fear sales and causes the price to come back to $ 1060 levels.

Today, ETH, which gained 2.37% in the morning hours, is priced at $ 1063. After failing to break the levels of $1270, the upper band of the Ethereum channel, which is within a channel for 4 hours, the channel returned to the mid-band of $ 1075. In ETH, where the channel midband does not work as a very strong support or resistance unlike other crypto coins, a small rise in the market at this time may enable Ethereum to price above the channel middle band. 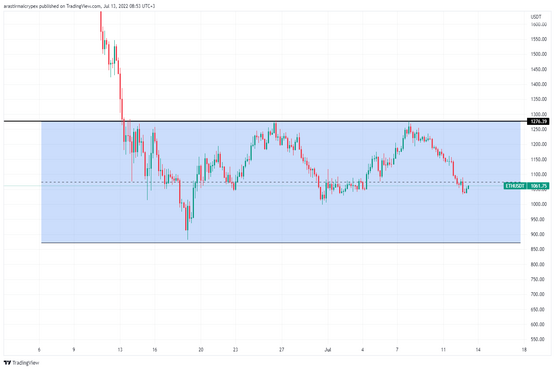 AVAX, which has gained 2.03% as of the morning hours, is priced at $ 17.10. AVAX, which has still not been able to break down the wide channel it is in, has caught momentum with the upward trend it entered last week and then rose to $ 21 levels. At the moment, it is in a downward trend from the $ 21 levels in the opposite situation. We would like to remind you that the 16.60 level is very critical for AVAX and that in the upward movement, attention should be paid to the breakdown of the wide channel middle band 18-18.40 band. 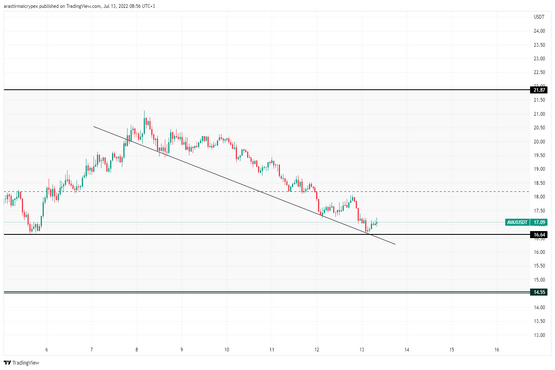 XRP, which gained 1.16% in the morning, is priced at $ 0.3151. After breaking the $ 0.35 levels, the volume sale in the market in Ripple, where the expectation of an upward movement increased considerably, also had a very negative impact on the Ripple price. We can say that the critical level for Ripple, which has lost close to 15% of its value since July 8, is the $ 0.307 level. 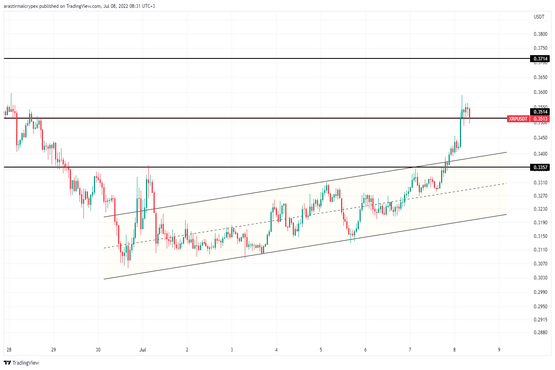 LTC is trading at $48.30, up 2.05% as of morning hours. LTC, which is in a 4-hour channel, broke the support level of the channel to $ 49 and then saw a reaction from the $ 46 levels. At the moment, we can say that it can fall to $ 40 due to the downside breakdown. For the upside movement, the closing above the $49 level and the breakout movement seem to be very critical. 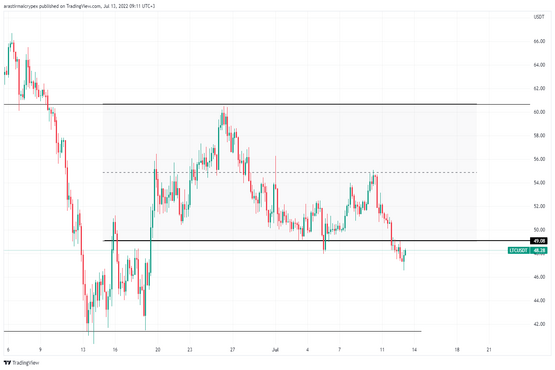 LINK is up 1.89% today at $6.05. LINK is available in 2 channels these days. Link, which tests the upper and then the lower band of the narrow channel it is in, is currently showing a small rise from the channel lower band. In the upward movement, the fact that the middle band of the wide channel and the resistance level of the narrow channel are at similar levels seems to create pressure on the upward movement. 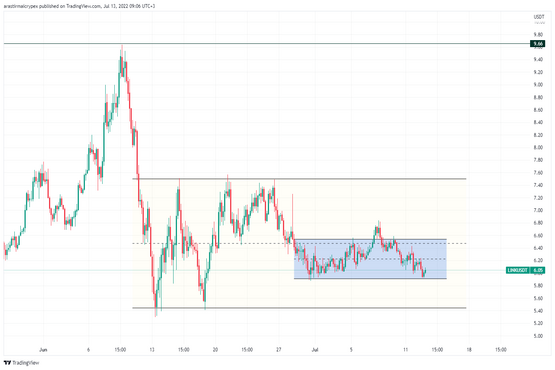 BAT is trading at $0.3728, up 1.58% as of morning hours. BAT, which has shown a very strong image in recent weeks, tried to break the channel it has been in for months upwards, but then it re-entered the channel and saw a significant sell-off. In BAT, all levels of the channel have been repeatedly confirmed and continue to function as an important support and resistance point. After a rapid decline to the mid-band of the channel, it was supported at exactly that level and then showed a small rise, reaffirming the channel. 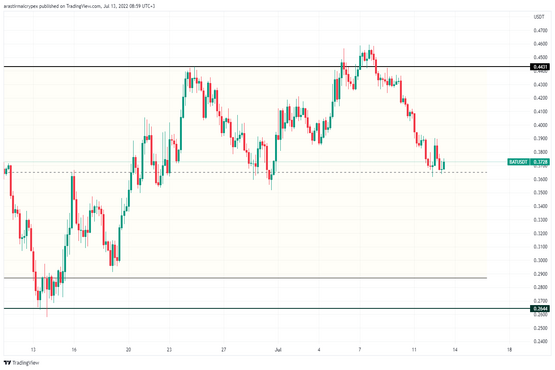