Ethereum Testnet is Ready to Work

It was announced that a new merge attempt will be made after the Ropsten test network in Ethereum. The date of the merge, which will be carried out on the Sepolia testnet, has not yet been announced. These tests, which are considered to be very important in terms of ETH's transition to PoS, are considered as a development that may affect the pricing of ETH before the merger. In addition, Sepolia Testnet will replace Ropsten as the main test network of Ethereum, according to a tweet from ETH developer Tim Beiko.

As it is known, BTC has fallen by about 70% from the ATH level in about 10 months. Last week, when Bitcoin searches broke a record for 12 months, a different search on Google broke another record. The text "Bitcoin is Dead" in English caused a new record on Google. It has been said by most major crypto investors that this search can be interpreted positively by crypto investors, that BTC has declined to investable levels for most people.

The Bank for International Settlements (BIS) has shared important data on central banks in its annual report. The report criticized the inability of cryptocurrencies to perform the basic functions of money and its problems with accountability to the public, while touching on the benefits that DeFi and the integration of countries with digital currencies (CDBC) can create. In the report, 90% of the countries' central banks conducted research on CDBCs and central bank digital currencies.

Bitcoin Addresses Are Still in Profit!

According to the data announced by Glassnode, 56% of the addresses holding BTC are still in profit. In the March 2020 and 2018 seasons, these rates decreased to 41% and 50%, respectively. So it can be assumed that the current level is at a good level considering that a bear season is at its bottoms.

Shiba Swiss Luxury Watch Brand
Started to be accepted by
Shiba Inu and several crypto assets have announced that they can be used as a payment method in American stores by the famous Swiss luxury watch manufacturer Hublot. The fact that luxury clothing stores accept crypto assets as a means of payment has a very important share in the integration of crypto assets into daily life.

Deloitte, one of the world's largest accounting and auditing companies, announced that it will cooperate with NYDIG to establish a BTC Banking system. The two giant companies have announced a collaboration to serve customers seeking advice for Bitcoin and other products. He explained that they will focus on the future of financial order and the use of digital assets, and advise their clients on digital asset participation in an orderly and harmonious manner.

After Bitcoin fell to 17,000 levels, a reaction bought took place and the price rose to 21,000 levels. Although this rise gives hope and is one of the biggest increases made by Bitcoin in the last 1.5 months, the problems experienced by the whole world economy indicate that we can return to 17,000 levels. In addition, thousands of Bitcoins transferred to crypto exchanges from cold wallets also support the expectation of a price decline. 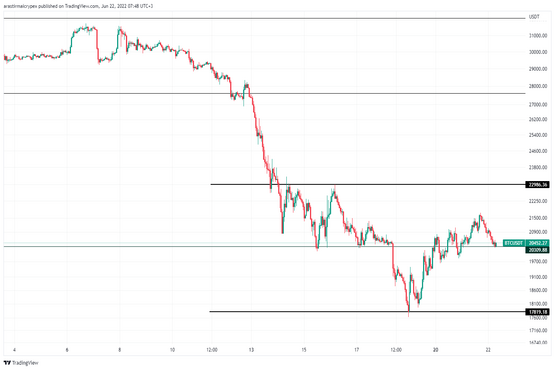 After the Ropsten network in Ethereum, the news came that the Sepolia testnet will also be in the merge test. During the transition to PoS, these tests seem to be very valuable. Although the Ropsten test at the beginning of June in ETH, which was expected to take place in August, was successful, the postponement of the difficulty bomb, which is very necessary for merge, made the price weak again.

Today, ETH, which lost -2.27% of its value in the morning hours, is priced at $ 1099. When we look at the 4-hour chart on Ethereum, we see a rectangular pattern between the 1040-1280 level. Although it tested and broke the support level with the sale at the weekend, it quickly recovered and managed to rise above the 1100 level. We can say that a breakdown of the 1280 level is required for an upward movement in ETH. 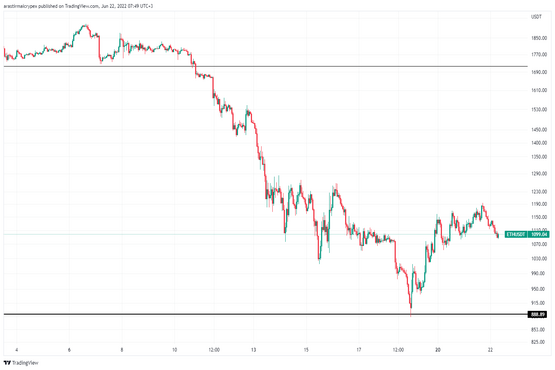 AVAX, which has lost 2.96% of its value as of the morning hours, is priced at $ 16.42. Looking at AVAX's 4-hour chart, we see a falling triangle pattern. We see that the $14.60 level is a strong support and despite testing this level, it immediately reverses. Although it rose to $ 18 yesterday, the general decline in the market has brought it closer to the level of 14.50, which is the support of the triangle. 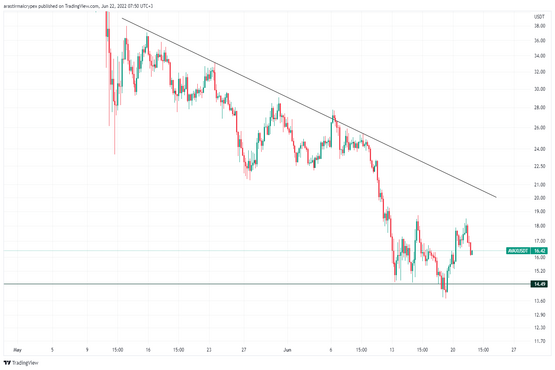 XRP, which lost 1.62% of its value in the morning hours, is priced at $ 0.3240. Ripple, which is in a falling triangle on the hourly chart, broke up to the upside yesterday, but rebounded from 0.3350 levels and is currently trading above the support point at 0.3240 levels. A downside break of this bar could bring the price back to 0.30 levels. 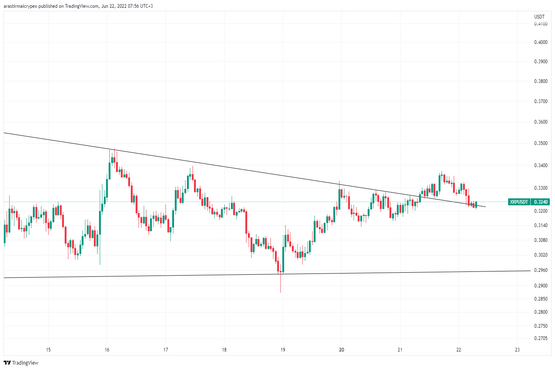 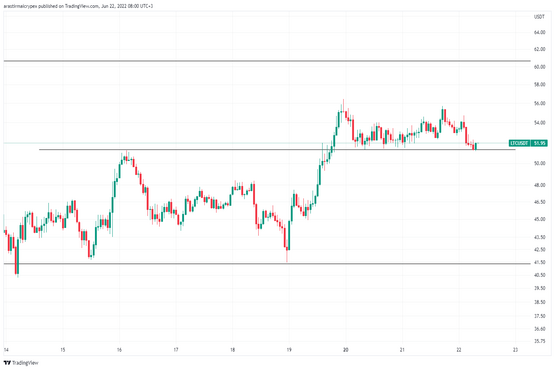 LINK is up 1.46% today at $6.75. After LINK's double bottom pattern on the hourly chart yesterday, we said that it could break the 7.50 level upwards and move towards the 9.39 target. However, with the breakdown not coming, we will be following the price movements in LINK, which has returned from 7.40 levels to 6.76 levels. 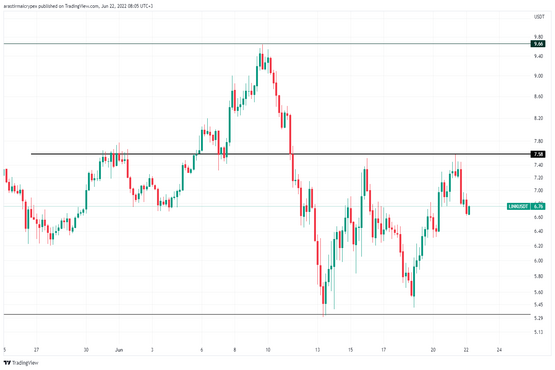 BAT is trading at $0.3650, down 2.25% as of morning hours. When we look at the hourly chart, we saw that the 0.3707 level was broken in the first test with the momentum captured yesterday and then we saw an increase to 0.40 levels. However, it then breaks the 0.37 level, which serves as support, to the downside and continues to price in that region. We will be following a possible upside breakdown. 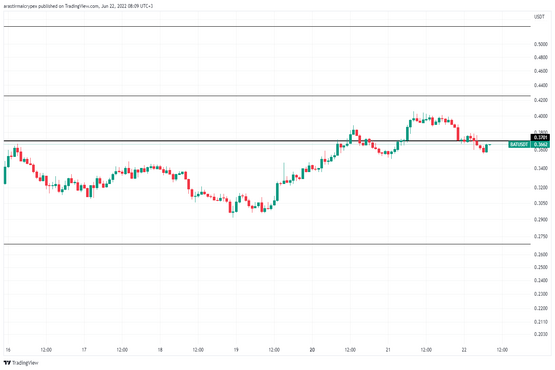