JPMorgan said that after the big drop in crypto assets, the fair price is 28% above the current level. He also said in his statement that crypto coins are one of the most preferred alternative assets and surpass real estate.

The Turkish airline Pegasus has become one of the important companies involved in the metaverse. Pegasus, who announced that he bought it from Decentraland from his social media accounts, said, "With PegasusPort Decentraland, we are close to taking our place in the metaverse universe. Very soon, we will meet our inter-universe route with you with surprise games."

The SEC has made a new move to respond to John Deaton's petition representing 67,000 XRP investors. To challenge Deaton's application regarding users, the SEC asked the court for extra time until June 7. The SEC said the reason for this application was due to the upcoming holidays and the approach to the end of the briefing.

In Portugal, one of the leading countries among the cryptocurrency-friendly countries, the taxation of crypto assets was on the agenda last week. In Portugal, where a lot of investments and investors were directed, what kind of system would come was discussed a lot. The taxation bill was rejected by parliament yesterday.

XcelTrip, a company that has recently contracted with millions of hotels and thousands of airlines that have signed agreements with Ape, has added Shiba to its payment methods. This will allow thousands of XcelTrip customers to use Shiba for their hotel reservations.

In BTC, where we saw that the effort to find support from $ 28,600 continued the other day, the pricing continues to be below $ 30,000 as of the morning hours. In the minutes released by the Fed in the evening, it was stated that inflation has become a threat to economic performance, while it was emphasized that the ongoing global supply problems, the Russia-Ukraine war and the coronavirus quarantines in China pose inflationary risks. At the next few meetings, it was decided that a 50 basis point increase in the target range would be appropriate. While the sale of risky assets continued with the effect of global recession concerns, JP Morgan said the other day that after the decline in crypto assets, the fair price was 28% above the current level.

Today, we see that Bitcoin, which has gained 1% as of the morning hours, is priced at $ 29,838. The critical support for BTC/USDT appears to be the 28,600 level. This level is the lower band of the 50-week rectangular formation. As can be seen on the chart, it is very important that this level is not lost in the weekly candles. Breaking above the $30,700 levels on the daily chart will break the tightened rectangular pattern to the upside. 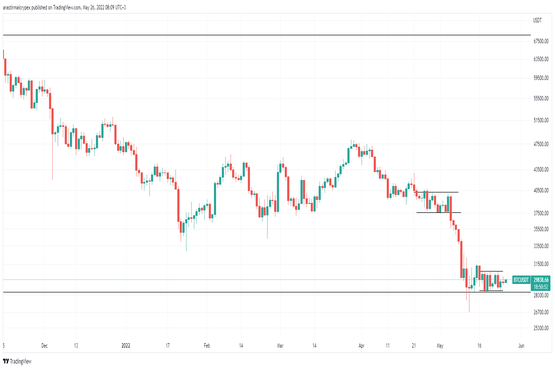 In ETH, which is trying to find support from the $ 2000 level the other day, the prices are below the $ 2000 level again as of the morning hours.
Further tightening messages from Fed members are limiting the recovery in risky assets.

Today, we see that the ETH/USDT pair, which has gained 0.05% as of the morning hours, is priced at 1943 USD. Technically, we can say that it has found support from the lower band of the 50-week rectangular formation, the 1750-1800 levels. If the $2085 levels are breached, the stuck rectangular pattern will be broken. 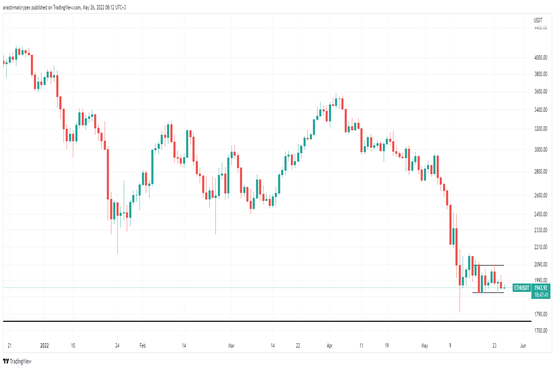 AVAX, which gained 0.07% as of the morning hours, is priced at $ 27.27. We will be watching the return of the AVAX price from the $25 level, which is the bottom of the ascending channel on the weekly chart. 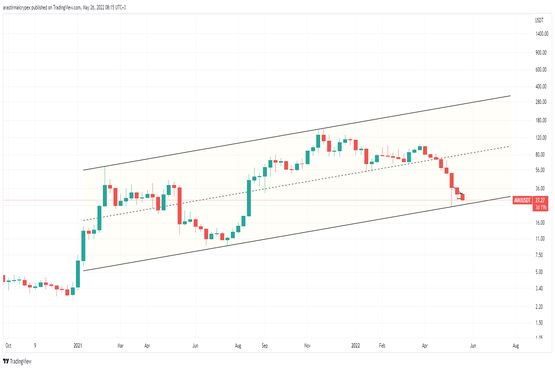 XRP, which has lost 0.78% of its value as of the morning hours, is priced at $ 0.4074. When we look at the 4-hour chart of the XRP/USDT pair in technical terms, the descending triangle pattern is noticeable. We will be monitoring whether the lower band of the formation, the 0.4 level, can be maintained. 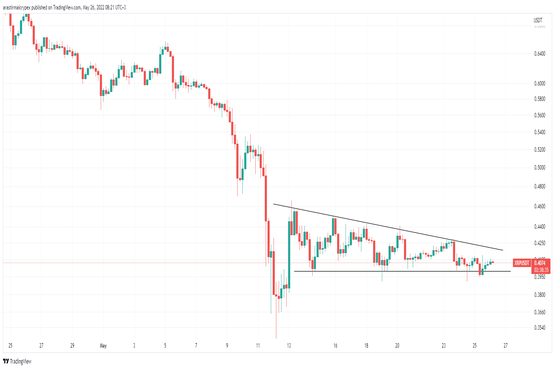 LTC is priced at $67.8, down 0.59% as of the morning hours. When you look at the 4-hour chart, after the decline, we will be following the rising channel at the bottom. 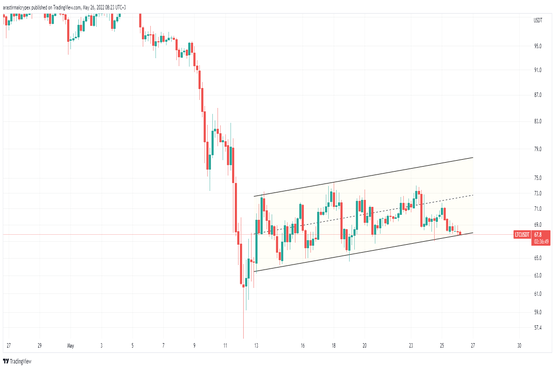 LINK, which has lost 1.44% of its value as of the morning hours, is priced at $ 6.87. When we look at the LINK/USDT pair from a technical point of view, we will be watching whether the lower band of the falling triangle pattern seen on the 4-hour chart, the 6.64 level, is maintained. 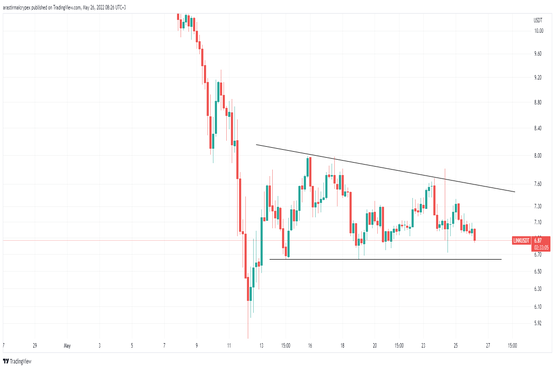 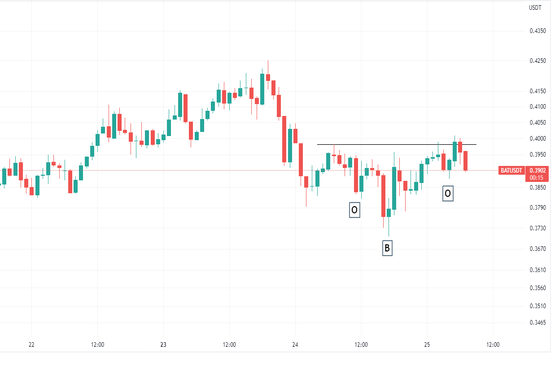