Following the big drop in Bitcoin, it was announced that MicroStrategy had a loss of close to $ 1 billion. The company's CEO Michael Saylor, who said that they are not under any liquidation risk, explained that they plan their plans and balance sheets by anticipating the volatility of the market and that they trust BTC.

The government of El Salvador, which made Bitcoin a legal currency last year and announced large purchases to the state treasury, said that the financial risk was minimal, in response to questions after the price collapse. When asked that only $40 million was lost from the BTCs held, he said they didn't even have 0.5% of their overall budget.

South American countries are known to be taking crypto assets more seriously and are working on legalization. Paraguay also plans to become a mining paradise with low electricity prices. The fact that the Latin American region has the cheapest electricity price at a cost of 5 cents per kilowatt hour makes the dream of becoming a mining hub for Paraguay realistic.

Checkout.com Announces That It Will Accept Cryptocurrency Payments!

Announcing that they want to expand their strategies on crypto coins and enter the crypto money market Checkout.com announced that they will receive payment with USDC (USD Coin). In this way, the company announced that payments can be received 24 hours a day, 7 days a week, and announced that they give people who buy and sell the opportunity to be free from traditional payment methods.

$500 Million Support from Tron
Fixing the price to the TRON DAO USDD coin reserve had made a purchase of $ 700 million only 1 day ago. In today's statement, it was announced that 500 million dollars of USDC purchase was made. There is also $2 billion allocated for TRX against short positions. According to data on its website, the TRON DAO currently holds 1 billion USDC, 140 million USDT, 1.9 billion TRON, and 14,000 Bitcoins.

Bitcoin, which fell to 20,000 levels after the inflation data, is curious about the effect of the interest rate decision to be announced today on the market and BTC pricing. The speech of Fed Chairman Jerome Powell after the announcement of the interest rate decision is also very critical. While the expectation of a recession has increased considerably after the latest inflation data, the positive or negative course of Powell's speech will be very decisive in the pricing of all markets.

Bitcoin is pricing in at $21,186 today, down 4.31% in the morning. When we look at the weekly chart, we see that we have reached the 200-week moving average and that this indicator has worked well as support before. We can say that the only strong support level from the breakout of the moving region is the $20,000 level, and if that level breaks down, it can fall to 14,000 levels. 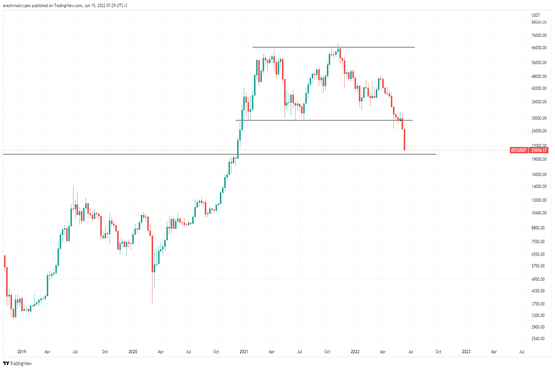 Two negative developments in Ethereum yesterday have affected the crypto money market, which is already falling. First of all, there was the news of a postponement that was closely related to merge, and then there was an extra 6% decrease in the prices of stETH staken in Lido compared to normal ETH prices. These two developments drove both ETH and altcoin investors to sell.

Today, ETH, which lost 6.25% of its value in the morning hours, is priced at $ 1108. Ethereum was in a rectangular pattern for the week, but the channel it was in with the inflation data was broken. With the break of the support at 1300 levels, it is currently priced around $ 1100 and we can say that the strongest support in front of us is at the level of $ 850. 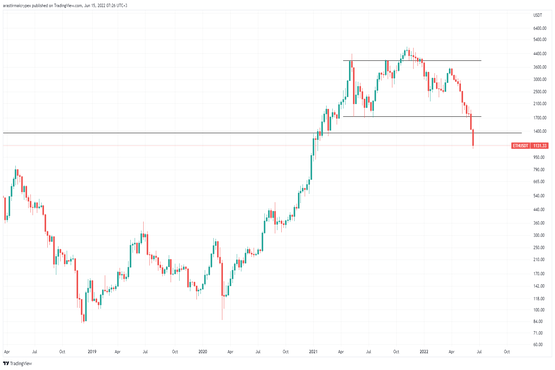 AVAX, which lost 7.43% of its value as of the morning hours, is priced at $ 15.35. On Avax's weekly chart, we see two critical supports at $15.60 and $10. Although he tried the $ 15 level many times and failed to break it, the increase in the number of tests shows that the breakdown can also happen. 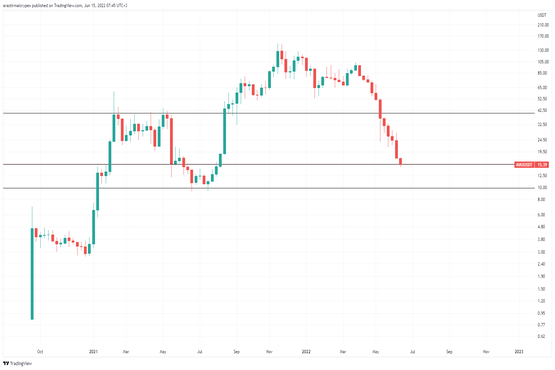 XRP, which lost 4.23% of its value in the morning, is priced at $ 0.3078. Ripple, which is in a symmetrical triangle on the weekly chart, is located quite close to the support level at $0.28. If this level is broken, we can say that the next support level is the $0.25 level. 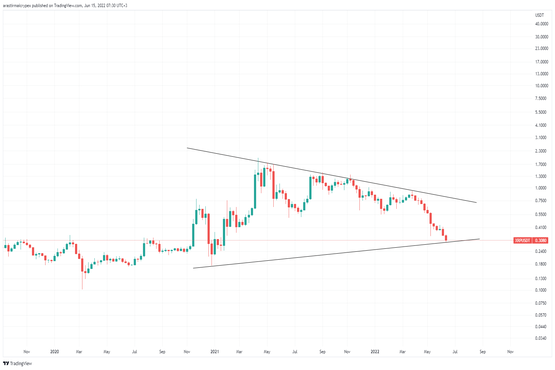 LTC is trading at $43.98, down 4.88% as of morning hours. In Litecoin, which has experienced a big decline with the news, we see that the critical level is the $ 40 level. When we look at the daily chart, we see that that level has been tested many times but has not been broken. In case of a break of the $40 level, we can say that the next support is at the $30 level. 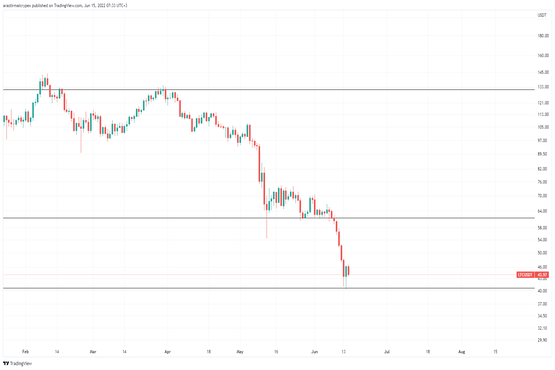 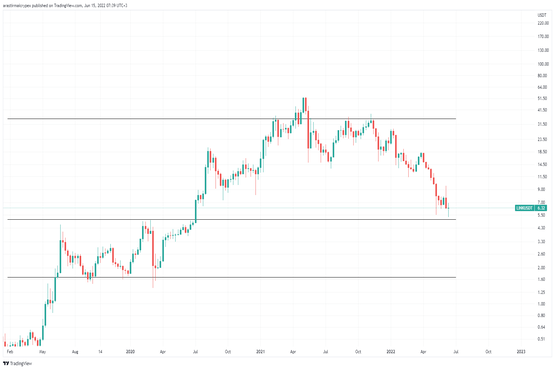 BAT is trading at $0.2789, down 4.48% as of morning hours. When we look at the weekly chart, we see that the 0.28 level is quite critical. We see that this support has been tested over the past 3 days but is still not broken. In case of a breakdown of the 0.28 level, we can say that there is no support up to 0.2 levels. 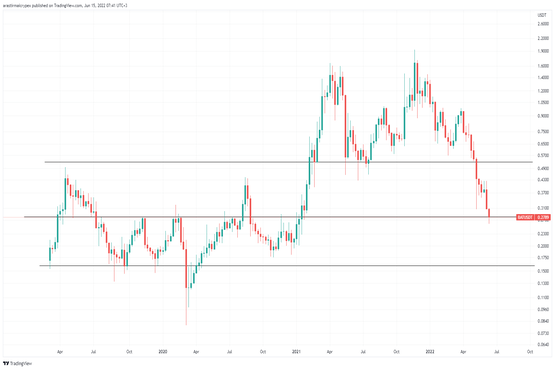