According to Glassnode, Bitcoin has set a record despite its recent decline. According to the statement, the number of Bitcoins that have not been touched for 5 years is exactly 4.45 million, which is the highest level in history.


Solana Network Stopped
The Solana network today stopped producing blocks due to a technical problem. After this problem, which was on the agenda in social media, Solana transactions were stopped by some crypto asset exchanges. In addition, the SOL lost as much as 15% of its value and fell below the $40 levels.

New Development in the Ripple-SEC Case
The date of the meeting, where William Hinman, a former employee and director of the SEC, will be listened to and evaluated during his tenure and other internal company communications has been announced. The court announced that the meeting would be held on June 7.

South Korea's Investment in the Metaverse
The South Korean government will invest $ 177 million in companies working on the metaverse to support and develop the business area. Minister of Science, Information and Communications Technology Lim Hyesook stated the investment plan and the metaverse have great potential.

A new one has been added to the developments aimed at increasing the use of crypto money in daily life. Chipottle, the restaurant chain with thousands of branches in the United States, announced that they will accept payments with cryptocurrency.

Former OpenSea executive Nathaniel Chastain has been arrested by the court where he was found guilty. In a lawsuit filed on suspicion of insider trading, Chastain's improper purchase of NFT during his tenure led to his arrest.

The dissipation of the positive atmosphere in the market, the decline in the American stock market for two consecutive days, the discourse of the famine crisis and the negative results in crypto assets were important signs of the decline of the market. The data to be announced by the Fed in the United States on Thursday and Friday will be very effective in the direction of the risky asset market as well as in the general markets. 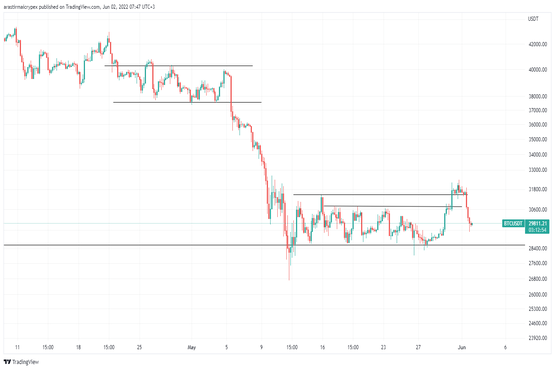 In the rise of the cryptocurrency market led by BTC, Ethereum's weak image signaled that we would see $ 1700 levels again in a decline. The news that has spread about the merger date and the problems in the merge for the last 1 week have been the main reasons for Ethereum's weak outlook.

ETH, which lost 0.1% of its value in the morning hours today, is priced at $ 1817. Even when the markets were moving positively, it showed a weak image. In ETH, which seems to be in a descending channel for 4 hours, we can say that the critical levels are the 1700-1750 band. 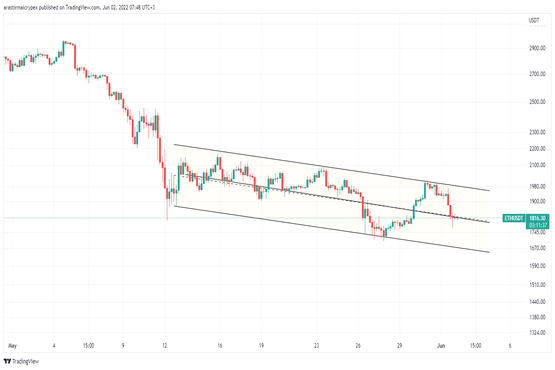 AVAX is priced at 23.21, which is down 2.0% as of the morning hours. In contrast to the strong stance on crypto assets, AVAX is decoupling negatively in price for the first time in a long time. We would like to point out that AVAX, which entered the symmetrical triangle pattern on the 4-hour chart, is currently in the support zone and in case of a breakout, the next support level is the $15 level. 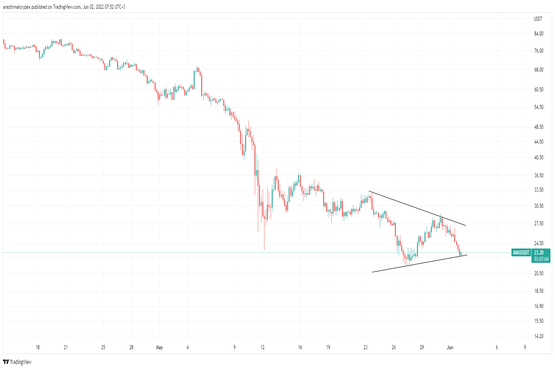 XRP, which lost 0.73% of its value in the morning, is priced at 0.3945. When we examine the 4-hour chart, we see that XRP, which is in a falling channel, has tried to break upwards, but the market has returned to the channel with its decline. 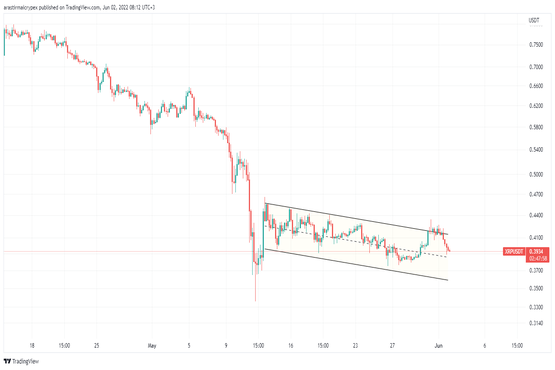 LTC is trading at $62.6, down 0.3% as of morning hours. When we look at the 4-hour chart, we see that the ascending triangle pattern has broken to the downside and the next support level is the $54-55 band. 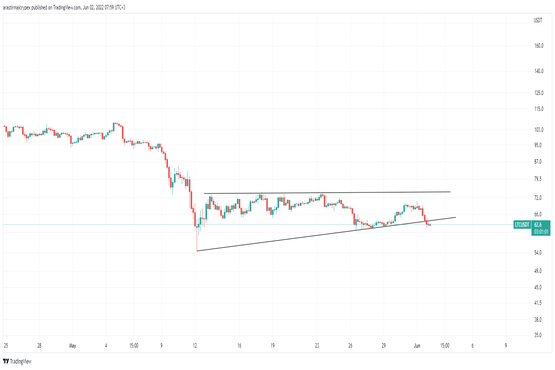 LINK, which lost 0.2% of its value as of the morning hours, is priced at $ 6.85. When we examine the 4-hour chart, we see that the falling triangle pattern has reached the breakout level, the resistance has been tried several times, and then the market has returned to the middle levels with a decline. 6.20 for a downside breakout depending on the direction of the market; we can say the prices of $ 7.60 for the upside breakdown. 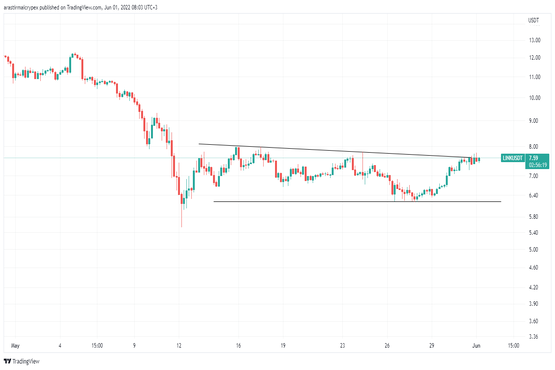 BAT is trading at $0.3809, down 0.5% as of morning hours. When we look at the 4-hour chart, we see that it is in a falling channel and is currently in the middle levels of the channel. 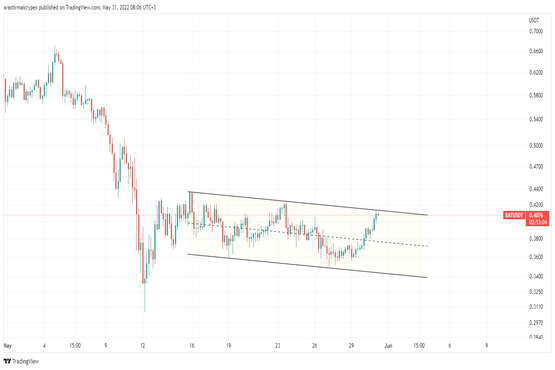