The SEC is questioning whether BNB is a security. It is investigating whether there was an irregularity in the token sale in 2017. While the outcome of the investigation is not yet clear, Binance officials said in a statement that they are cooperating with and assisting the relevant authorities, but that it would be wrong for them to make a comment.

World's Biggest Football League Joins Metaverse
The English Premier League has filed two applications with the United States Patent and Trademark Office regarding its metadatabase. Thus, the Premier League, one of the most watched sports leagues in the world, has stepped into the crypto asset world. It is also said that a similar application has been made by FIFA. These applications may be very important in terms of inclusion in crypto assets in the coming period in Europe, which is the center of football.

Mining Bid from Kenya's Largest Energy Provider
Kenya is Africa's largest country for geothermal energy and KenGen is Kenya's largest electricity supplier. The company has proposed that the surplus electricity it generates with geothermal energy be used for Bitcoin mining. Although the Kenyan government's approach to crypto assets is different, this proposal seems to be very valuable in terms of crypto mining.

Terra Precaution from Tron
USDD, which was launched as Tron's stablecoin, has increased measures to prevent a crisis similar to the UST crisis experienced by Terra. When Tron founder Justin Sun made the announcement on his Twitter account, it was announced that USDD contained a large amount of BTC, USDT and TRX in order to be more comfortable to use and reassure USDD in the future.

After breaking the record by making a red bar in the 9th week, Bitcoin ended this series by closing the last week with a green bar. After this close, BTC, which started this week by rising, rose to 31,700 levels and managed to stay above the 31,000 level on Monday. Although the positive opening of the American stock market and the positive start of the day by the Nasdaq enabled Bitcoin to test the 30,500 levels many times, the crypto asset market experienced a significant decline following the news of the SEC's investigation into BNB Coin.

Bitcoin is pricing in at $ 29,527 with a 5.95% loss in the morning hours. Bitcoin, which saw 31,800 levels yesterday, experienced a significant loss of value of $ 2000 after the news in the morning hours. When we look at the weekly chart, although Bitcoin, which is in the rectangular formation, seems strong, it has not managed to move away from the critical region, especially in the last 4 weeks. 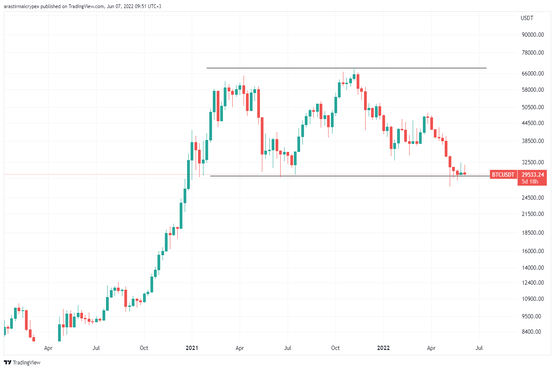 Despite the rising market 2 days before the test, we see that Ethereum remains weak in price. The fact that Ethereum is still below $ 2000 these days when Bitcoin is approaching 32,000 levels may be the biggest indicator of this. The result of the test seems to play an important role in the pricing of Ethereum and the altcoin market until the possible merger. 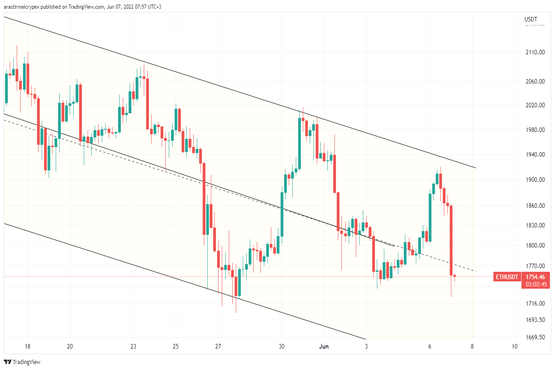 AVAX, which is down 8.16% as of the morning hours, is priced at $ 23.87. We see AVAX entering a symmetrical triangle pattern on the 4-hour chart. Although it tried the upward breakdown many times yesterday, today it fell to $ 23 levels with a general decline of the market. We see that the 22.70 levels are critical. 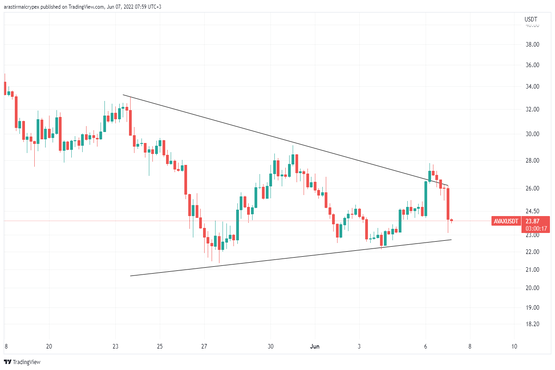 XRP, which lost 3.03% of its value in the morning, is priced at $ 0.3905. When we examine the 4-hour chart, we see that XRP, which is in a falling channel, did not give a strong image yesterday and returned to the middle levels of the channel after the general decline. 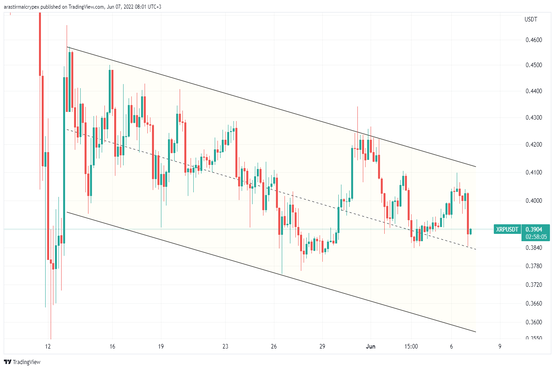 LTC is trading at $61.1, down 5.12% as of the morning hours. When we look at the 4-hour chart, we see a rectangular formation. For LTC, which is at the bottom of the formation, the $60 level stands out as the last critical support. 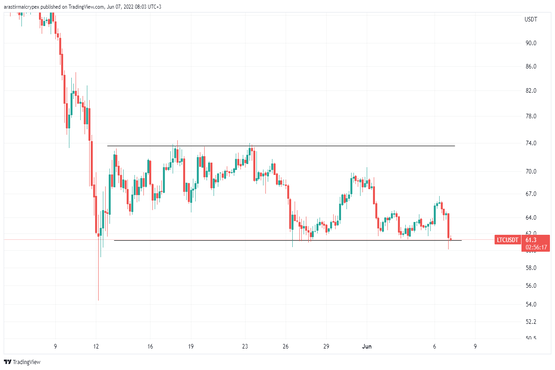 LINK, which has lost 5.14% of its value as of the morning hours, is priced at $ 7.56. When we examine the 4-hour chart, we see that a falling channel has been broken upwards, but then it has returned to the channel. It will be important for LINK, which is still near the resistance point at the moment, to stay above the 7.75 levels. 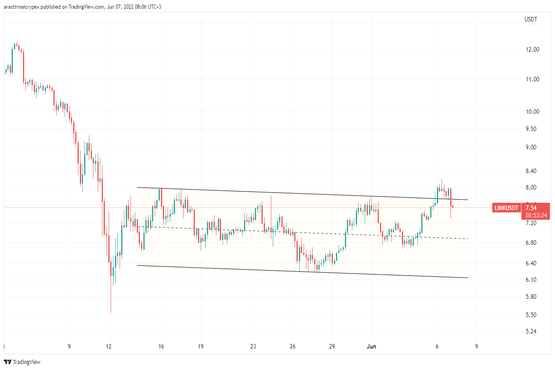 BAT is trading at $0.3811, down 5.46% as of morning hours. When we look at the 4-hour chart, we see that it is in a falling channel and although it tries the upward breakdown many times, it returns into the channel without being able to break it. We can say that the middle levels of the channel also acted as a support before, and the critical level for this was 0.37 and then 0.33. 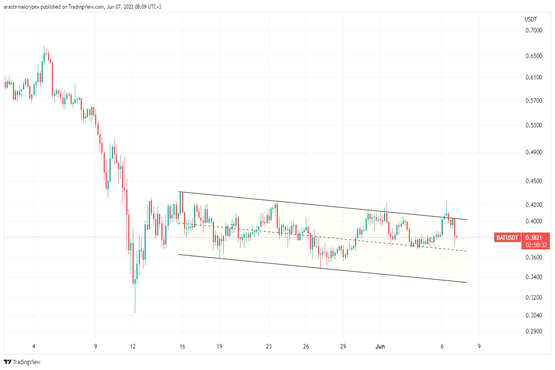