The United States Securities and Exchange Commission (SEC) has entered into an agreement with a blockchain analytics firm to focus more on the decentralized finance (DeFi) industry.

The worst may be over for the Bitcoin network as the hash rate has doubled, while other metrics are slowly recovering from their lowest levels in 2021.

According to a report by the Independent, the data suggests bitcoin whales are continuing to buy and a new price rally is "imminent." Large investors - holding at least $50 million in assets in their wallets - increased their assets during the first half of June, July and August.

Ripple recently taken action to force the United States Securities and Exchange Commission (SEC) to disclose policies and information about its employees trading cryptocurrencies such as Bitcoin, Ethereum and XRP. This move will contribute to Ripple's fair warning defense.

Just over $470 million was burned with the EIP-1559 network upgrade, which eliminated transaction fees rather than giving them to miners. That equates to approximately 144,920 ETH units.

Visa NFT's leap into the market was due to an assessment of underlying technology and its ability to serve as a "promising environment for fan engagement," according to a recent report by the global payments giant.

The Central Bank of China reiterated its warning against Bitcoin and other cryptocurrencies, saying they are not legal tenders and have no value.

Bitcoin, which gained about 0.25 percent in the morning hours, is worth $47,164. According to the independent report, there are more than $50 million in assets in their wallets, including a largely educated manager in June, July and the first. With this, exchanges in chain control expect about $1.3 billion in Bitcoin mining. The outlook for Bitcoin is positive.

When we consider BTC/USDT parity in technical terms, BTC, which is priced below the current rising trend as of July 20, recently rejected this trend at $49,400. When we examine BTC, which is priced above the 200-day moving average of $46,000, in a 4-hour period, it appears that MACD signals sales. As long as Bitcoin holds on to its 200-day moving average, we expect rises towards its downward trend as of August 23rd. With the breakdown of this trend, it will reject over $50,000 again. 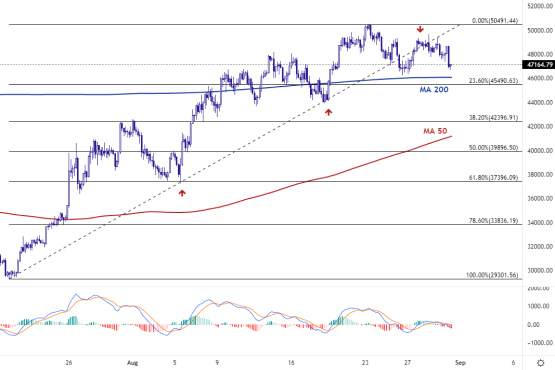 Ethereum, which gained about 0.40 percent in the morning, is priced at $3243.61. Just over $470 million was burned with the EIP-1559 network upgrade, which eliminated transaction fees rather than giving them to miners. That equates to approximately 144,920 ETH units. When we check the chain data for ETH, we look at the net transfer volume between exchange wallets and investor wallets in the weekly period and we see that the exit from the long-standing exchanges ended this week and there was approximately $580 million inflows into the exchanges.

When we consider the ETH/USDT parity technically, ETH, which has a horizontal price movement in the band of $3350 to $3000 in a period of about 24 days, rose sharply towards $3350 last night, but with the reaction it received from this level, it experienced a retreat back towards $3200. When we examine it in the daily period, although MACD continues to sell, there is no acceleration in the price towards a decrease. The critical $3350 level for ETH breaks upwards and we expect sharp rises if daily closures come along. 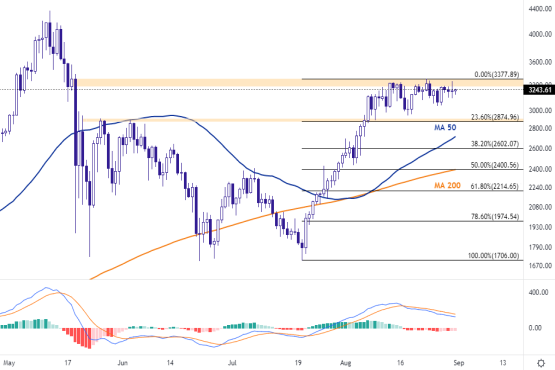 AVAX, which gained about 1.40 percent in the morning, is priced at $41.84. When we examine the AVAX/USDT parity technically, AVAX, which is about 32 percent withdrawn from its August 24 peak level of $59, is seen as having support from the $38.5 - $40.8 band. Although MACD has signaled a sell as of today, the 50-day moving average is expected to break the 200-day moving average upwards over the next few days. If AVAX continues to hold on to the support area horizontally ($38.5 - $40.8), we expect the downward trend to break upwards as of August 24. 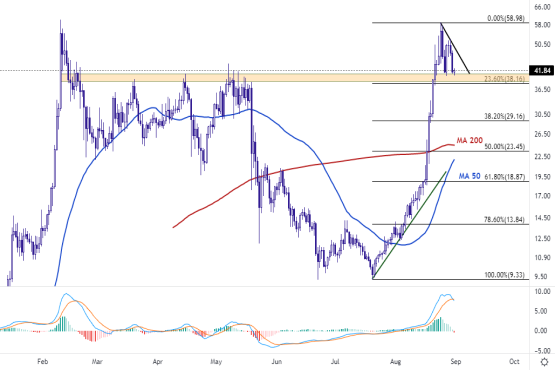 Ripple, which gained about 3.10 percent in the morning, is priced at $1.1266. According to a recent news feed, Ripple recently taken action to force the United States Securities and Exchange Commission (SEC) to disclose policies and information about its employees trading cryptocurrencies such as Bitcoin, Ethereum and XRP. This move will contribute to Ripple's fair warning defense.

When we consider the XRP/USDT pair technically, there is a downward trend formation in XRP as of August 15, which is priced above the support level in the band 1.045 - 1.08 dollars. The 50-day moving average for XRP, which continues to sell over a daily period, is about to create a "golden cross" by cutting the 200-day moving average upwards. With the short-term falling trend for XRP, we expect the expected rises in the price movement to be seen again. 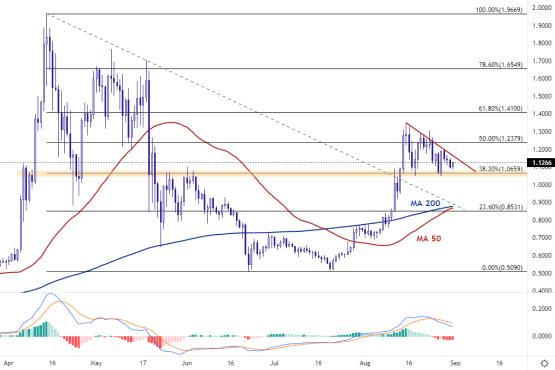 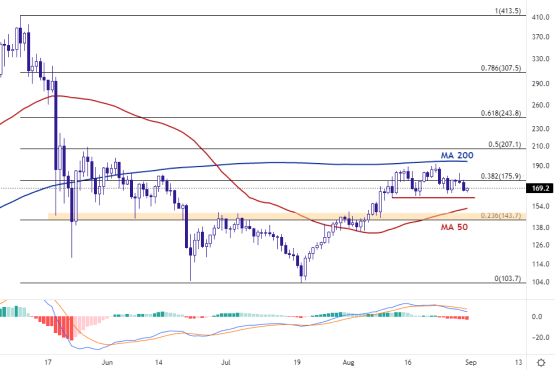 LINK, which gained about 1.23 percent in the morning, is priced at $25.35. When we examined the LINK/USDT pair technically, this level could not be broken upwards in LINK, which rejected the significant resistance level at $26.67. When examined in the daily period, we expect the $22.60 level, which corresponds to the 50-day moving average in withdrawals for LINK, which was resold yesterday, as well as the Fibo'38.20 bracket, to work as support. 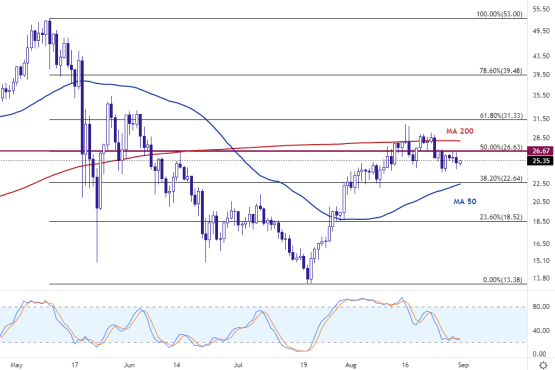 BAT, which gained about 1.90 percent in the morning, is priced at $0.8063. BAT, which was priced above the rising major trend that passed the July 20 low and august 19 low when we consider BAT/USDT parity technically, experienced a rise to $0.841 with its 200-day moving average with its sharp rises last night, but it rejected its resurgent trend at $0.78. BAT, which appears to be supporting the trend in the morning, could see a retreat towards $0.73, which equates to Fibo'38.20, if it breaks that trend downwards. 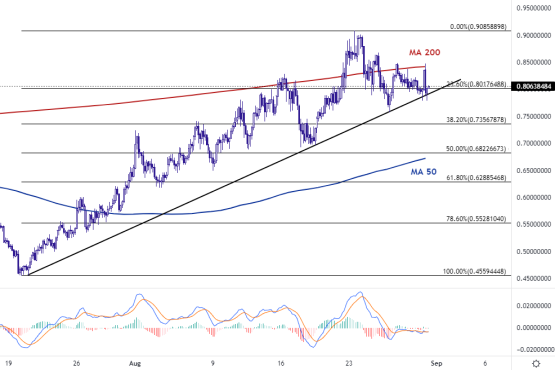