The Reason for the Decline in Tron: USDD Has Lost Its Stability

As it is known, Tron made very heavy supplies for USDD and withdrew TRX from the markets in order to avoid a similar problem after the Terra crisis. The loss of stability that started in USDD last week caused TRX to fall. Today, the loss of peg in USDD and the decline of the price to $ 0.92 caused panic selling in TRX. TRX has lost close to 40% of its value since the beginning of the month.

Cryptocurrency Proposal Withdrawn in the UK

In the UK, a recommendation to share personal information between the sender and receiver in asset transfer has now been cancelled. In this process, which started with the discussions that crypto assets should be evaluated on the same terms as other financial instruments, it was suggested that the sending address of the asset should have access to the personal information of the receiving address. However, this proposal has been canceled for now.

Cryptocurrency Statement from the Russian Ministry of Economy

In Russia, where foreign payments with crypto assets are on the agenda, a statement came from the Ministry of Economy and Finance. Financial Policy Director Ivan Chebeskov said that their plan considers crypto assets to be used for exchanges rather than a means of payment for now. He added that small businesses can switch to this practice, but due to large transaction volumes, BTC will not be used for oil.

Famous American Rapper Snoop Dogg continues to invest in NFT and metaverse. It was announced that Snoop Dogg, who purchased a plot of land from the Metaverse and has NFT collections, has applied to the U.S. Patent and Trademark Office for the Uncle Snoop and Uncle Snoop's NFT trademarks. In the announcement, it was announced that the application would cover products such as clothing, hats, shoes, etc.

It was announced that 118 legal crypto mining centers where mining is carried out before the electricity demand in Iran will increase as the seasons will be cut off. The country's Energy Spokesman, Mostafa Rajabi, warned citizens that a spike in demand to 64,000 megawatts could cause power outages in the country.

According to the report presented by Finbold, Bitcoin broke the record of the last 12 months in the popularity score determined by Google searches. After receiving 74 points on June 27, 2021, it was shown as a record to reach the peak level with 100 points on June 12, 2022. El Salvador ranked 1st among the countries in the interest shown, with the Netherlands, Nigeria, Switzerland and Turkey.

Bitcoin, which fell to the 17-18,000 band with the break of the 20,000 level at the weekend, had a small volume inflow as of Sunday and carried the price to 21,000 levels. Although there is a big reaction after the 18,000 support is tried, this should not be considered as a clear signal of a reversal. 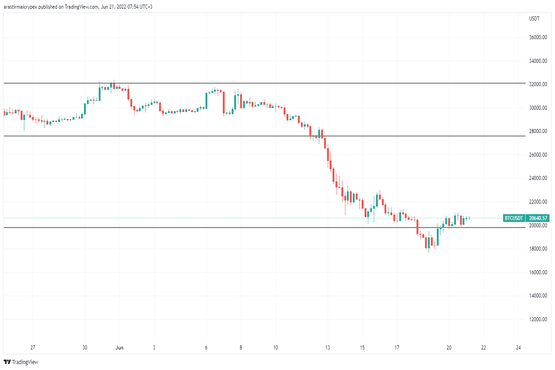 In Ethereum, the price mismatch in stETH last week and the Celsius and 3AC crises caused the price to fall considerably. Ethereum, which is already weak in price, fell to $ 800 levels with this news and sell-off. The outcome of this week's Beacon Chain test may have a small impact on Ethereum pricing.

Today, ETH, which lost 0.37% of its value in the morning hours, is priced at $ 1132. When we look at the 4-hour chart on Ethereum, we see a rectangular pattern between the 1040-1280 level. Although it tested and broke the support level with the sale at the weekend, it quickly recovered and managed to rise above the 1100 level. We can say that a breakdown of the 1280 level is required for an upward movement in ETH. 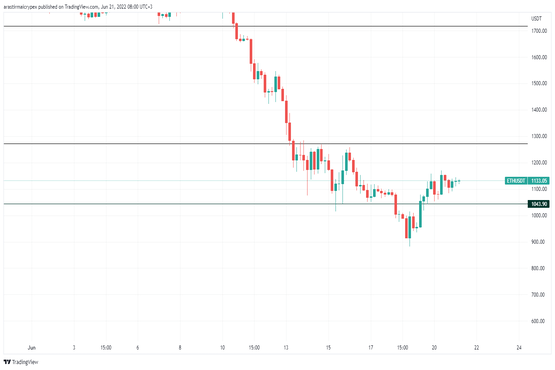 AVAX, which has gained 0.76% as of the morning hours, is priced at $ 17.21. Looking at AVAX's 4-hour chart, we see a falling triangle pattern. We see that the $14.60 level is a strong support and despite testing this level, it immediately reverses. Since it has fallen to the $ 15 level, we can say that there is a small resistance point at the level of $ 17.50 so far and it is a suitable level for buying profits in short-term investments. 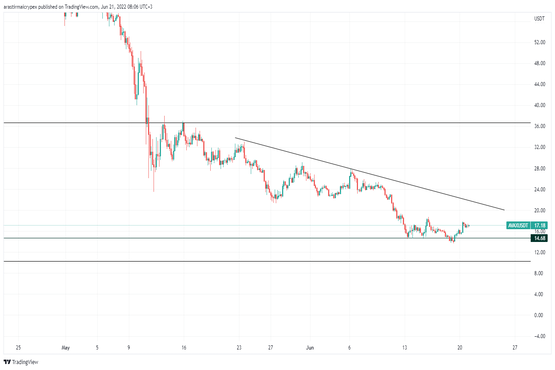 XRP, which lost 0.62% of its value in the morning, is priced at $ 0.3247. On the hourly chart, we see that Ripple, which is in a falling triangle, has tested the support level at $0.3247 several times but has failed to break it. We can say that the breakdown of 0.3245 is critical for the upward movement. 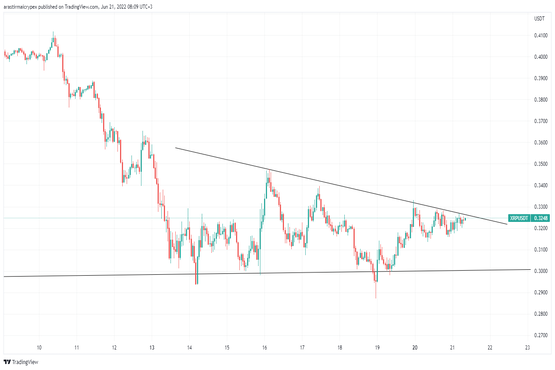 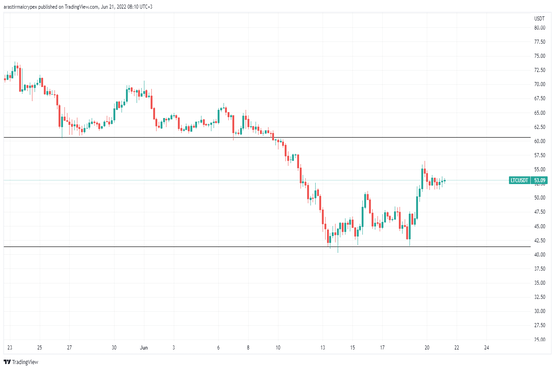 LINK is up 4.44% today at $7.30. We see that LINK has tested the $5.20 level 2 times and is in a binary bottom pattern. After the 2nd reversal, the 7.40 level needs to break above the upside and close above that level on the daily basis. 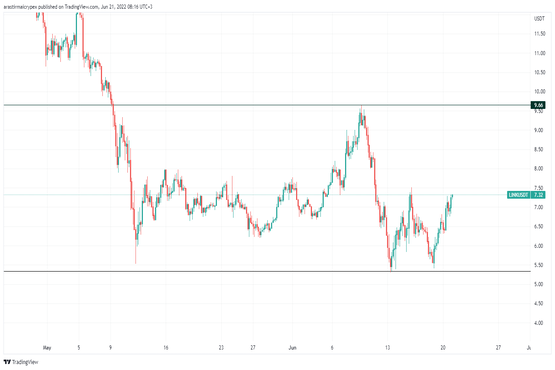 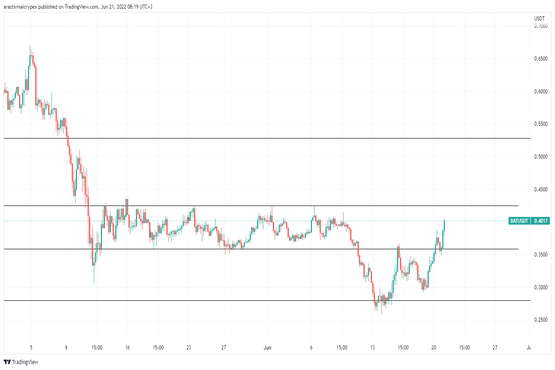