According to 2020 data, Goldman Sachs, which is the 3rd strongest investment bank in the world and is evaluated as the 1st in the general rankings, was claimed to be able to make an investment that could relieve the entire crypto money market. It was claimed that Celcius, which has been said to have sunk for weeks and is now shown as one of the biggest reasons for the decline in crypto assets, can buy crypto assets for $ 2 billion. The company is also known to be working with some crypto money exchanges and expanding its work on crypto assets.

Amazing Use of Cryptocurrencies in Latin American Countries!

Mastercard's survey of 35,000 people, covering the months of March and April, revealed quite surprising results. 51% of customers in Latin American countries have traded crypto assets at least 1 time. In addition, more than 33% of this group uses stablecoins in their daily purchases. In another part of the survey, 54% of Latin Americans positively rate digital assets as an investment vehicle. In addition, 66% want a hybrid payment system where crypto money and traditional money will be used together in their daily spending.

Vladimir Putin made important statements and claims at the St. Petersburg International Economic Forum. First, Putin accused the G7 countries of causing inflation in commodity markets. He also said that sanctions such as their removal from Swift have responded to the damage done to the Russian economy at the same rate. He proved this by showing inflation and fuel costs in western countries. Putin especially touched on the increase in the import figures of the United States, stating that they are obliged to import, but it does not make sense for them to give goods in response to their depreciating USD and EURO. In other words, as a summary of the speech, he said that in such trades, it is now necessary to return to raw materials and real resources, and that trade with dollar and euro currencies does not seem logical. After this speech, it is said that what Russia and Putin need is Bitcoin, which has a very low inflation rate and can be easily used all over the world. Russia has already made many attempts to trade with Bitcoin for several months.

In the news this week, Meta, Microsoft, Sony, Alibaba and many world giant technology companies have signed an agreement and announced a project for an open and compatible metaverse universe. Although this news raised the coins of metaverse companies, it received reversals from the metaverse and crypto money community. While the general opinion is that the metaverse and the entire crypto money universe will be decentralized, this universe to be established will be under the control of the shareholders of these companies and that the increase in the number of companies under the project will not make the project decentralized.

Sandbox is on sale Rumor!

As it is known, Facebook, formerly known as Meta, is making great studies and plans on the Metaverse. In fact, as we mentioned in the previous news, Meta and Microsoft companies are leading the Metaverse Standards Forum, the metaverse project of the world's largest technology companies. According to Saturday, Meta is considering buying Sandbox, one of the most successful and popular Metaverse projects. Following this news, metaverse coins, which are already positively differentiated compared to the market, have shown great rises. But Sandbox co-founder and COO Sebastien Borget replied to a Twitter post that such a thing would never happen.

Lacoste, the famous French luxury clothing brand, has announced its new NFT collection. Showcasing his T-shirts as NFT, Lacoste released each piece of the collection at a price of 0.08 ETH. Lacoste, who also announced a Discord server in the past months, plans to reach a wider customer network with modernization moves.

Contrary to the weak image it has shown in recent weeks, Bitcoin managed to maintain its level this week and close the week above $ 21,000. As a result of the positive news, the rescue plans of the big funds that were said to have sunk last week and the developments that will calm the market, the panic selling seems to have stopped. In addition, the cessation of the selling pressure created by the large amount of Bitcoin that the funds and miners have taken out of their hands has started a small upward movement in the crypto asset market. 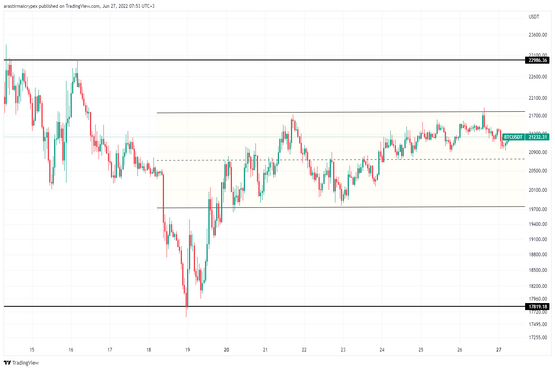 The most anticipated event in Ethereum is, of course, the transition to PoS. Ethereum, which has a very weak pricing in the last 2 months, fell to $ 800 levels. However, the positive news last week and the news about the test and difficulty bomb related to merge created a strong image in ETH.

Today, ETH, which gained 2.02% in the morning hours, is priced at $ 1222. When we look at the hourly chart on Ethereum, we see that it is inside a channel. Although it tested the breakdown of the resistance level, it then quickly reversed. We will be following Ethereum's upward breakdown movements. 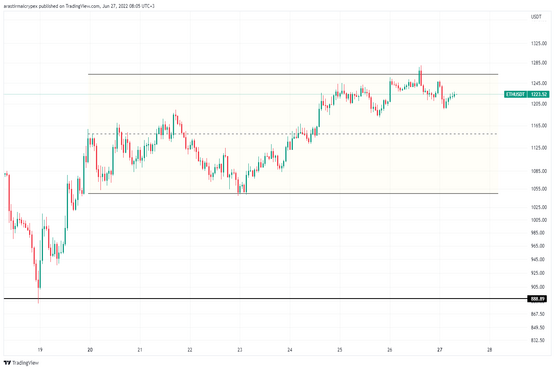 AVAX, which has gained 2.89% as of the morning hours, is priced at $ 20.31. When we look at the hourly chart of AVAX, we see that it is in a binary peak pattern, albeit a small one. Although this is a bearish pattern, we see that the $20 level cannot be broken and is supported from those levels. We can say that the 21.70 level is currently critical in the upward movement and this level should be broken in the upward movement. 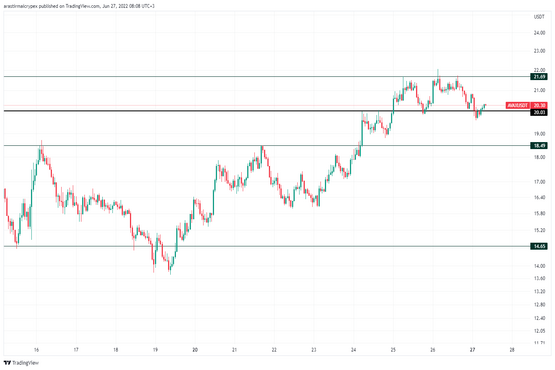 XRP, which gained 0.83% in the morning hours, is priced at $ 0.3621. Ripple, which is in a channel on the hourly chart, is in the 0.36-0.375 band after a big rise last week. Ripple, which is currently around the middle band of the channel, seems very likely to make a downward movement depending on the direction of the market. 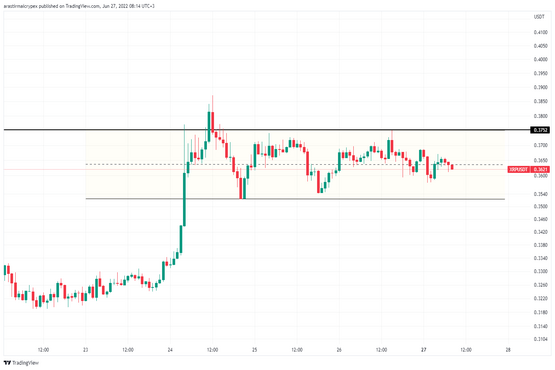 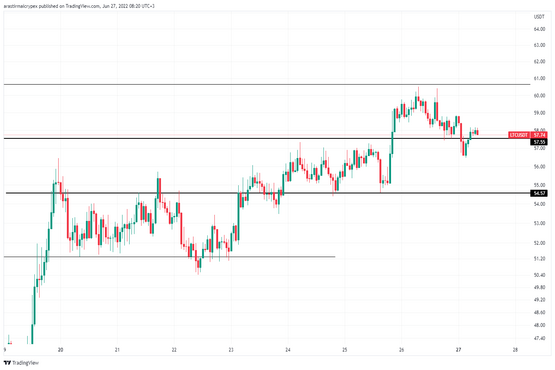 LINK is pricing in at $6.81, up 1.64% today. Unlike the whole market, LINK gave a strong image during the decline and gave bullish signals when the rise or a stable period was passed. However, in this period when BTC has stabilized and altcoins have shown great rises, LINK seems to be quite weak. LINK, which is currently above the support level of 6.80, may fall to 6.30 levels if this level is broken. 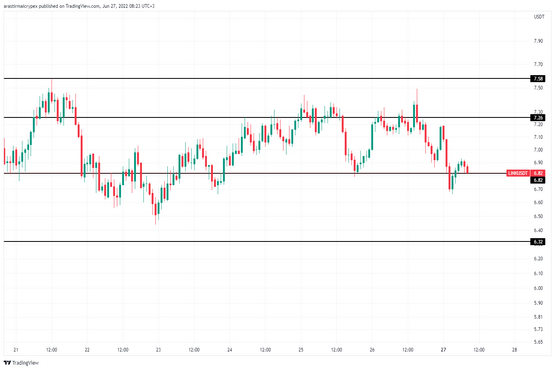 BAT is trading at $ 0.40, up 1.45% as of the morning hours. When we look at the 4-hour chart, BAT, which we see that it is in a channel, tried and realized the upward breakdown of the channel, but could not stay above the channel and fell to 0.40 levels. In a possible decline for BAT returning into the channel, we can say that the first support level is 0.35, which is the middle band of the channel. 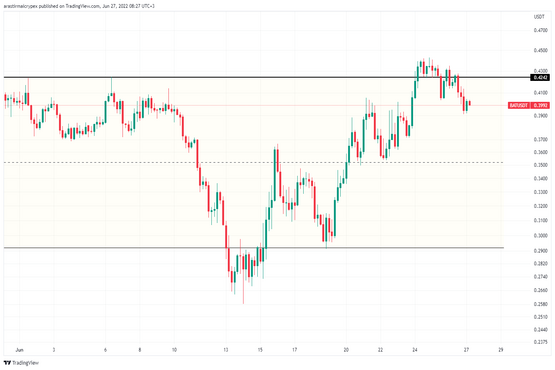