Yellen made a statement following the rumors of crypto asset regulation that were widely talked about in the US last week. Yellen responded to the controversy surrounding Bitcoin's placement in the U.S. pension fund 401(k) by saying that Bitcoin is too risky for retirement savings.

Jack Dorsey Announces Web5
TBD of the Block company, owned by Jack Dorsey, known as the owner of Twitter, announced the Web5 project. While Web3 focuses on tokenization, Web5 will be highly decentralized and will focus on identity management. Dorsey said the project will be his most important contribution to the Internet.

Working on Anonymous Wallets in the U.S.
According to Deputy Treasury Secretary Wally Adeyemo's statement, people who transact with unowned wallets should be aware of in order to control criminal activities in transactions with crypto assets. Adeyemo also confirmed that they are aware of the digitalization of the financial sector and that the U.S. is also moving towards crypto asset regulation.

Increase in the Number of Shiba Whales

It was observed that the number of active whales in Shiba increased considerably. According to data shared by a Twitter statistics page, there was a 44% increase in active Shiba whale addresses. In another share, it was stated that Toshiba is among the most used smart contracts.

The crypto asset market has been waiting for the inflation data released on Friday for the past week. Bitcoin has tried to stay above the 30,000 level and break above the 31,000 level several times. However, as inflation came in above expectations and the adequacy of the Fed's anti-inflation policies in recent months began to be questioned, the fear of recession came to the fore again. In this process, whether Bitcoin will be considered as a risky asset or as a means of escaping from inflation has been the most important question that will determine the price movement. However, Bitcoin was evaluated by the investors in general and fell to 29,000 and then to 25,000 levels as soon as the inflation data was announced.

Bitcoin is pricing in at $ 25,821 with a loss of 2.83% in the morning hours. When we look at the weekly chart, we see that the rectangular pattern has broken downwards. We can say that the next support level is the $20,000 level. 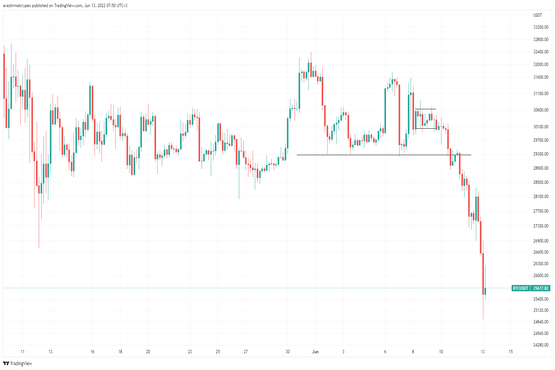 Although there was very positive news last week in Ethereum, which has been quite weak for the last 3 weeks, a positive pricing did not occur. Then, with the inflation data announced by the Fed, the general decline in the crypto asset market caused the critical levels to be broken in Ethereum.

Today, ETH, which lost 4.72% of its value in the morning hours, is priced at $ 1367. Ethereum was in a falling channel in 4 hours, but with the inflation data, it broke the falling channel downwards and fell to $ 1300 levels. 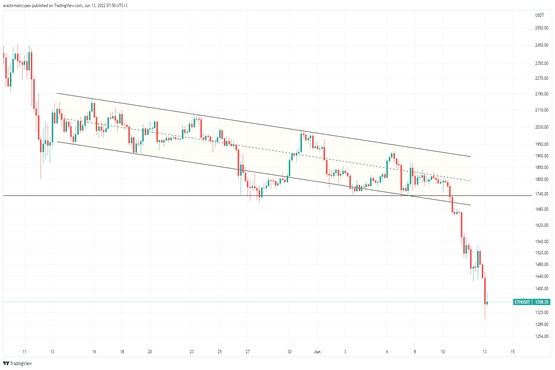 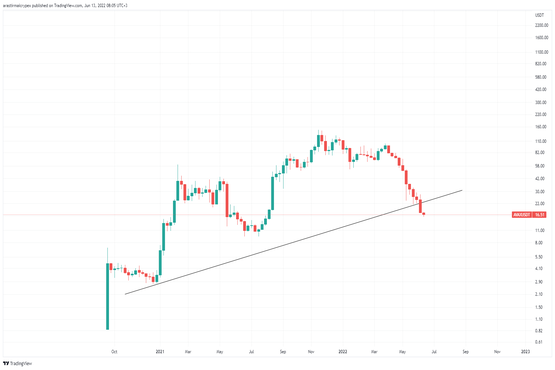 XRP, which lost 2.88% of its value in the morning, is priced at $ 0.3336. When we examine the 4-hour chart, we see that XRP, which is in a falling channel, broke the channel to the downside and fell to the critical 0.33 levels. 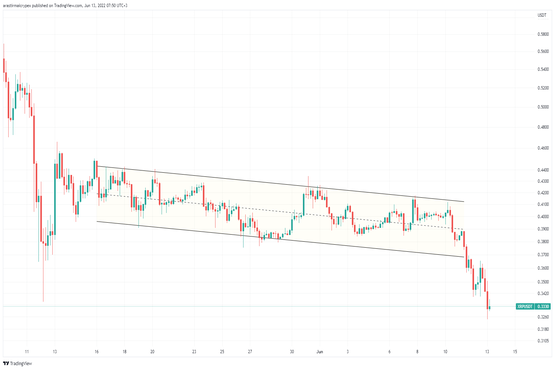 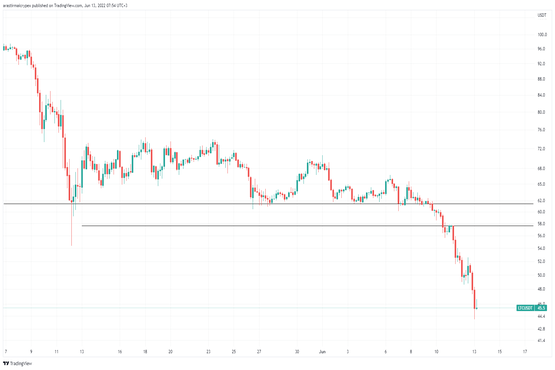 LINK is down 3.51% at $6.05 today. LINK formed an upward channel with the positive news and rose to $ 10 levels. However, the general decline in the market caused LINK not to decompose positively and fell to $ 6 levels. 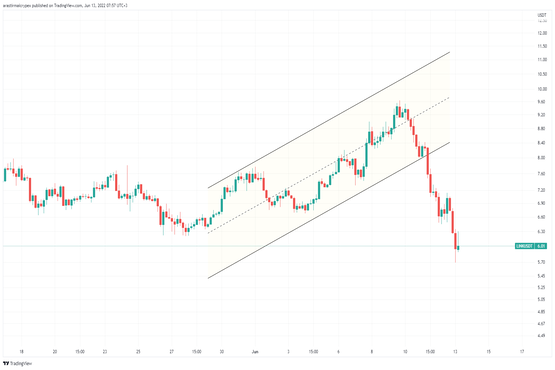 BAT is trading at $0.2911, down 5.21% as of morning hours. When we look at the 4-hour chart, we can see that it is in a falling channel and as of Friday, the channel has broken downwards. We can say that this price is the lowest level of the last 1 year and the next support level is the 0.29 zone. 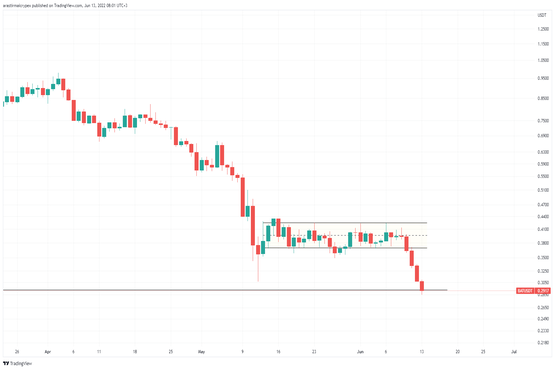