Preparing for larger sanctions against Russia, the EU said Russia is targeting deposits in cryptocurrency wallets to limit the usage of cryptocurrencies.

Loopring said that without the expensive gas fees of Ethereum, which is now Layer-1, the metaverse tokens SAND and MANA could be used for exchanging and trading.

Sky Mavis announced it has increased its $150 million funding to reimburse all users affected by the Ronin side chain hack, recover lost funds, and restore trust in the Ronin network.

T Rabi Sankar, the Vice President of the Central Bank of India, spoke about the central bank's digital currency at an event he attended: “I think that the central banks will do this in a very calibrated, gradual manner, assess the impact along the entire line, and then relate these connections to the most demanded.”

Próspera, a crypto-friendly special economic zone in Honduras, announced that it accepted Bitcoin as a legal tender. A spokesperson for Próspera said: “Próspera has no capital gains tax, which means that Bitcoin and other cryptocurrencies are effectively working as legal tender in the jurisdiction.”

The popular meme token Shiba Inu received great attention after announcing its metaverse project to expand its ecosystem. According to data provided by WhaleStats, the top 100 Ethereum ETH whales retain $1.28 billion worth of SHIB, which accounts for 14.17% of their total assets.

ETH Hash Rate is at the Highest Level

The hash rate reached its all-time high before the Ethereum ecosystem stepped into the PoS consensus with the new “merger”. It has increased by 13% since the first week of January.

Vodafone Turkey announced on its Twitter account that it will open the new Vodafone Metaverse Store, which will take place in Decentraland 66, -1, by saying "We have determined our new address."

Bitcoin gained a 0,21% value during morning hours and is priced around $42.226. When we consider the BTC/USDT pair technically, the BTC, which faced a reaction from 48,300 (the 200MA level), saw sales pressure after Fed statements. The negative price movement led Bitcoin to lose the zone of $44.500-45.700. When we consider the metrics in the daily chart, MACD continues to give a sell signal. Although BTC tested the Fibo'61,80 as of the daily close, the level of 41.954 dollars, which corresponds to the 50MA level, works as a support in BTC. If this level was broken down, it may fall to $40.550. 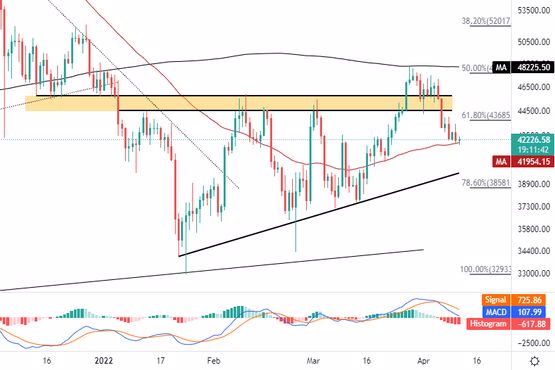 Ethereum lost a 0,85% value during morning hours and is priced around $3177. When we consider the ETH/USDT pair technically, there is no major change in the outlook, but the stagnated price movement continues. The symmetrical triangle formation was broken upwards in the weekly period. There had been a rise towards the $3500-3585 band along with momentum. ETH, which cannot provide permanence above $3490 (the 200MA level), has a horizontal price movement in the Fibo’78.60 ($3313) and Fibo’61.80 ($3117) bands. We see that the intersection of DEMA 7 and 14 also protects the sell signal. ETH, which provides permanence below the level of $3313, can retreat towards $3117. 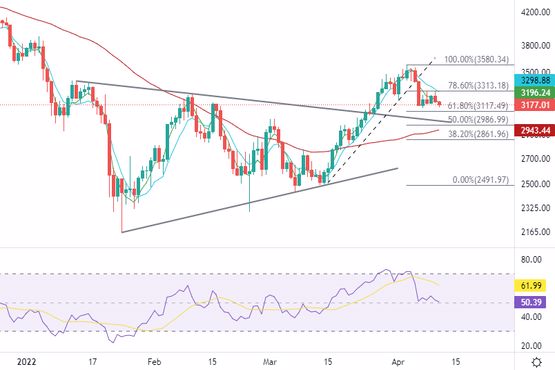 AVAX gained a 0,90% value during morning hours and is priced around $79.57. When we consider AVAX/USDT pair technically, AVAX broke the stagnated price movement last week, and the momentum moved towards $103.62. But it seems the momentum retreated to the Fibo'50. When retreating, AVAX, which has lost the 200MA level downwards, can continue up to $74, which corresponds to the support level of its rising trend as of 22 January. 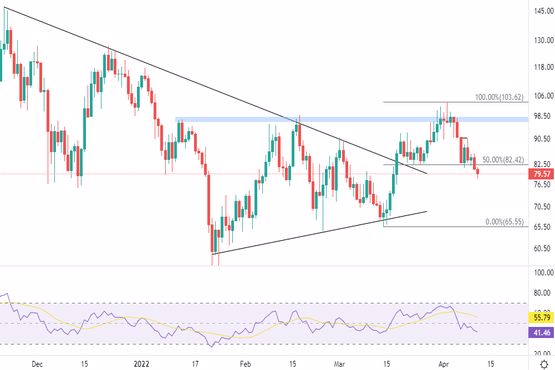 Ripple lost a 2,00% value during morning hours and the current price is $0.7369. When we consider the XRP/USDT pair technically, XRP, which recently hit the level of $0.8945 (the 200MA level), broke the 50MA level downwards. As of January 22, the uptrend is being tested again this morning. Daily close below this level can drive the price up to $0.70. 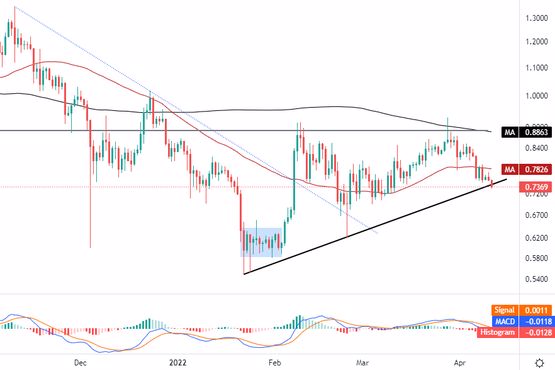 LTC gained a 0,15% value during morning hours and is priced around $108.8. When we consider the LTC/USDT pair technically, there is no major change in the outlook. When we consider the LTC/USDT pair technically, the rising channel, which has existed since March 14, was lost downwards last week. LTC closed the day below at $114.7 because it started a downward price movement along with SAR and MACD sell signals. The first level of support for the LTC, which continues to be under pressure from sales, was lost at $114.7-116. If the decline continues, the level of 104 dollars might follow. 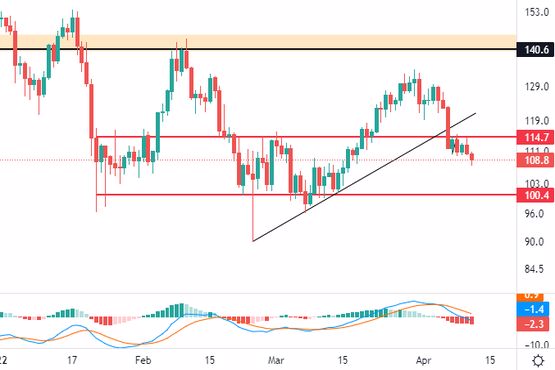 LINK lost a 1,70% value during morning hours and is priced around $14.97. When we consider the LINK/USDT pair technically, LINK has price action inside the horizontal channel as of May 26 and lost the minor uptrend as of daily close two days ago. The persistence of this zone is important in LINK, which has pullbacks towards the support level in the $15.20-15.60. If the daily close is below the 50MA level, which is tested this morning, the level of 13 dollars corresponding to the channel lower line might follow as the next support. 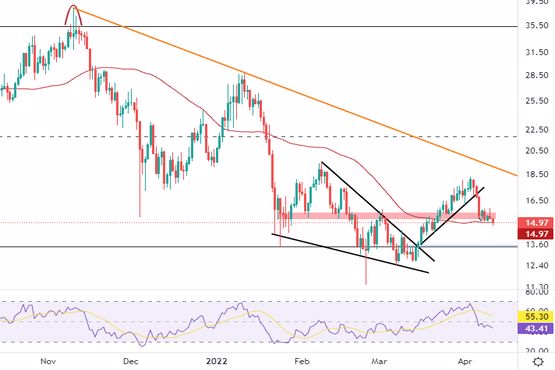 BAT lost a 0,70% value during morning hours, and is priced around $0.7343. When we consider the BAT/USDT pair technically, BAT, which lost its rising trend as of February 24, retested this trend from below yesterday and could not make a breakout. The RSI positive divergence will be confirmed after 4-hour candle close, it can move the price towards $0.78. 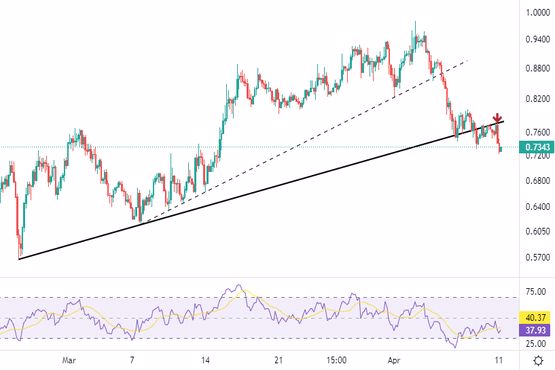