New filings with the SEC provide further evidence that four asset management companies have acquired Grayscale's stake in Bitcoin Investment Trust and that digital assets have been institutionally adopted.

Emerging economies such as Vietnam, India and Indonesia; when it comes to the adoption of cryptocurrency, it ranks first compared to other countries.

About 30% of Canadians Are Cryptocurrency Investors

Almost one in three Canadians have allocated some funds to digital assets, according to a new study.

According to a new report from blockchain research firm Blockdata, 55 of the top 100 banks invest directly or through subsidiaries in cryptocurrency or blockchain-related businesses, according to assets under management (AUM).

ETH 2.0 Staked Amount Closes to 7 Million ETH
In the latest case, nearly 7 million ETH's have been staked in the increasing ETH 2.0 staking transactions. The total stake reached about $22 billion.

When we consider BTC/USDT parity in technical terms, friday's sharp rises were followed by the low volume seller market over the weekend. BTC, which fell to $45,410 yesterday, which coincided with its 200-day moving average, again performed above the Fibo'50 tranche of $46,857 with strong support from this level. When we examine it in the daily period, MACD maintains the al signal and rising trend. As long as BTC holds above its 200-day moving average, the next target is $51,000. 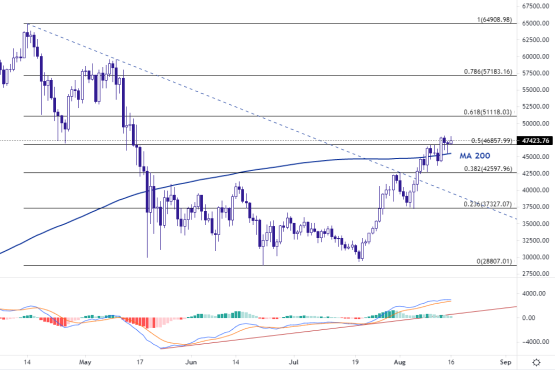 Ethereum, which lost about 0.85 percent in the morning, is priced at $3278. In the latest case, nearly 7 million ETH's have been staked in the increasing ETH 2.0 staking transactions. The total stake reached about $22 billion. The ratio of the number of ETH staked in smart contracts to the total supply is also about 26%. The positive outlook continues for ETH, which has attracted investor interest with the updates.

When we consider the ETH/USDT parity technically, although yesterday's intraday losses were withdrawn to $3111, ETH, which wiped out all losses towards the end of the day and closed at $3307 with a gain of about 1.3 percent, also reached the target of the bilateral dip formation formed in recent months. When we examine it in the daily period, MACD continues to signal and momentum remains rising. Priced in the resistance zone in the $3283-$3375 band, ETH can see rises towards its next target of $3575 if it breaks this area upwards. 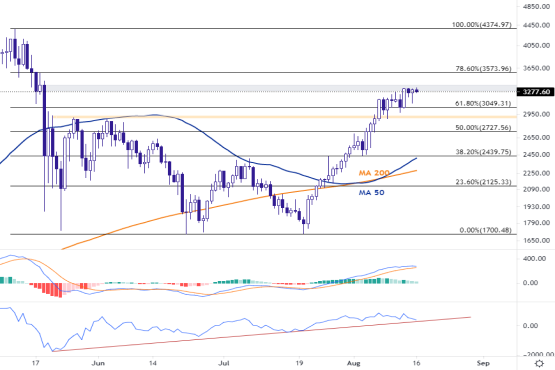 AVAX, which gained about 3.30 percent in the morning, is priced at $19.36. AVAX, which has been performing positively for a long time, has returned about 111 percent above the market average in the last month. When we examine the AVAX/USDT pair technically, it maintains its MACD positive outlook over the daily period on AVAX, which is priced above its current rising trend as of July 20. A resistance level for AVAX is $20.23, which corresponds to the Fibo'50 slice. If this level breaks upwards, it could see rises towards $23.10, which is the 200-day average. This region, which has a significant level of resistance, may not be vaccinated at once. 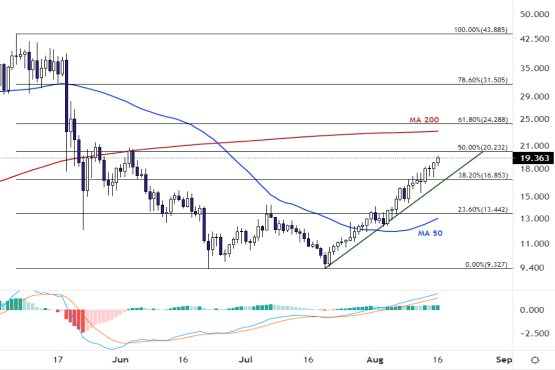 Ripple, which appears to be dominated by horizontal price movement in the morning, is priced at $1.29. Positively diverging from the market, both in the wake of the case with the SEC and the positive news flow covering ripple's global deals, XRP has delivered returns of about 160 percent in the last 25 days. When we consider the XRP/USDT parity technically, XRP, which recently broke the major falling trend that passed the peak levels of April 14 and May 18, continues to move in the direction of upwards with this breakdown. The withdrawals for XRP, priced above the Fibo'50 tranche of $1,237, are expected to work in support of the $1.17 and $1.10 levels, respectively. As long as permanence is achieved on the Fibo'50 slice, our short-term goal is $1.40. 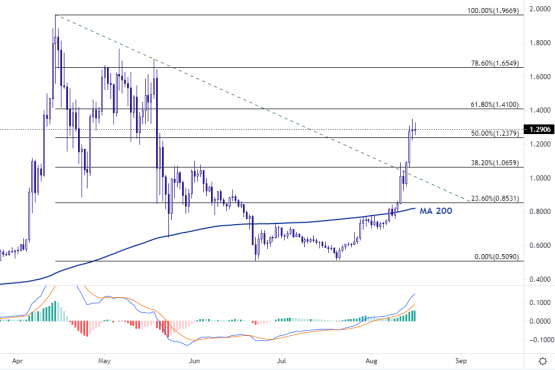 LTC, which gained about 0.50 percent in the morning, is priced at $185.53. When we consider the LTC/USDT pair technically, LTC continued to be priced within the existing rising channel as of July 20, and found support from the $175.8 level, which corresponds to Fibo'38.20, in the weekend retreats. In the daily period, MACD remains on an upward trend. The next significant resistance level at LTC is $192, which is equivalent to its 200-day average. If this level cannot be broken, the upward breakdown of the 200-day moving average for LTC, which is expected to see withdrawals towards the channel sub-band, will continue to rise towards our target price level of $207. 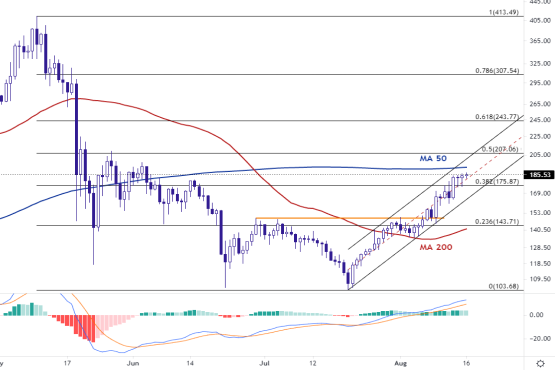 LINK, which gained about 1.00 percent in the morning, is priced at $28.17. Seba Bank, a FINMA-licensed Swiss bank that provides an uninterrupted, secure and easy-to-use bridge between digital and traditional assets, announced two days ago that it was expanding its products to DeFi with added support for Aave and Chainlink. LINK, which has an important place on the DeFi side, continues to attract the attention of corporates.

When we examined the LINK/USDT parity in a technically 4-hour period, LINK, which continued to move in price within the existing rising channel as of July 20, found support at $26.15, which corresponds to the channel sub-band, with the withdrawals it caught yesterday, and broke the level of $27.93 upward, which corresponds to its 200-day moving average in the morning. For LINK, which has seen an acceleration in the upward movement with the pick-up signal from the stock, the daily close will continue to rise towards $31.3 if it comes above and above the 200-day moving average. 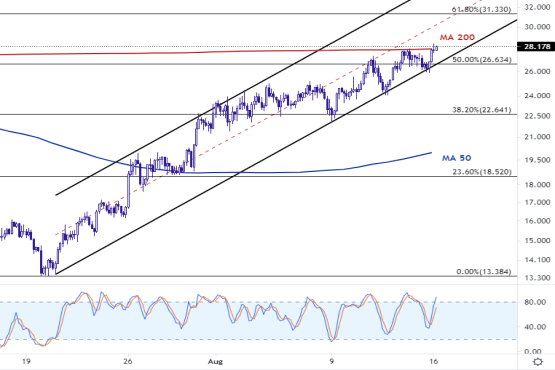 BAT, which lost about 0.5 percent in the morning, is priced at $0.808. When we consider BAT/USDT parity in technical terms, BAT, which is priced above the rising trend that exists as of July 20, reached our target price ($0.80 level), which we mentioned in the bulletin last Friday. When we look at the daily period, there has been a reaction for the past two days from the resistance level of $0.836, which corresponds to the Fibo'50 slice in BAT, where the positive outlook prevails. If the Fibo'50 tranche of Fibo'50 for BAT, which closed above the 200-day moving average of $0.8088 yesterday, is exceeded upwards, it is expected to continue to rise towards $1. 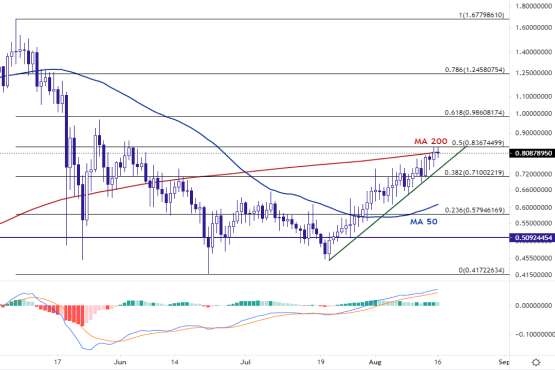