Bank of England: Crypto Threat to Financial Stability Is Getting Closer

Jon Cunliffe, deputy governor for financial stability at the Bank of England, claimed the risks of Bitcoin are on the horizon. He urged regulators to take action before such an economic threat arises in the traditional markets.

Valkyrie Investments is planning to launch a $100 million DeFi hedge fund next week on Monday, Nov. 22. The fund will include investments tied to at least 24 assets on 13 blockchains including Ethereum and Solana. Unlike some other funds, Valkyrie will hold funds on-chain to take advantage of staking and yield farming.

Ethereum-Based Holdings Among Institutions Up 19% in Q3

After months of scrutiny by both the United States Senate and the House of Representatives, the infrastructure bill, which has been criticized by many cryptocurrency advocates, has now officially become the country's law.

Paradigm has announced the largest cryptocurrency fund ever with a total of $2.5 billion. The team said that the new capital will be allocated to developing Web3 projects.

Marathon to Sell $500 Million in Bonds to Buy More Bitcoins and Mining Devices
Marathon Digital Holdings has announced plans to sell $500 million in convertible bonds to purchase more Bitcoin and Bitcoin mining machines. Convertible notes will be offered in the form of five-year notes to "qualified corporate buyers".

Bitcoin lost a 4,80% value during morning hours; the current price is $60.661. After months of scrutiny by both the United States Senate and the House of Representatives, the infrastructure bill, which has been criticized by many cryptocurrency advocates, has now officially become the country's law. Following the news, there is a sharp pullback across the entire market.

When we consider the BTC/USDT pair technically, Bitcoin, which continues to move at price within the ascending channel that exists as of July 20, broke the $63.100 level (mid-range band) downward. There is no recovery in daily and short-term metrics. If the pullbacks deepen, the $58.000 level should be followed to buy. If it holds above the $61.645 level (Fibo'78,60) in the daily chart, the correction could end. 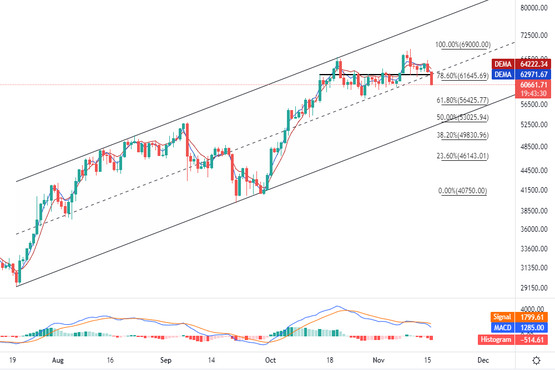 When we consider the ETH/USDT pair technically, ETH, which moves in the uptrend as of October, broke the $4600 downwards and closed the day below. This morning, along with the reaction sales, the pullback movement deepened. If the correction movement for ETH continues, the $4000 level (50-MA), a horizontal and important support zone should be followed. 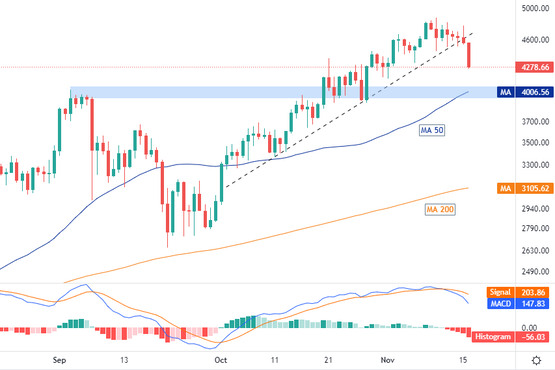 AVAX lost a 6,0% value during morning hours, and the current price is $88,51. When we consider the AVAX/USDT pair technically, AVAX has been moving in the ascending channel, which exists as of August 21, reached a new ATH of $101,70 yesterday. At the same time, AVAX experienced a pullback with the reaction from the $100 level (mid-range band). MACD had accumulation in the daily chart. It is expected that AVAX will find support around the current levels, but in case the pullbacks continue, $80 is the next support level. 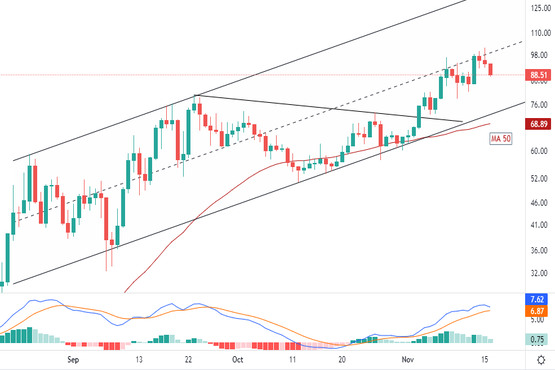 Ripple lost a 5,40% value during morning hours, and the current price is $1,1139. When we consider the XRP/USDT parity in technical terms, XRP, which continues its ascending channel as of September 21, retreated after the reaction at $1,216 (mid-range band) yesterday. The MACD continues to give a sell signal in the daily chart for XRP, which has retreated to its 50MA ($1.1089) this morning. If XRP fails to hold above its 50-MA, pullbacks towards the $1.05 level (lower band) may continue. 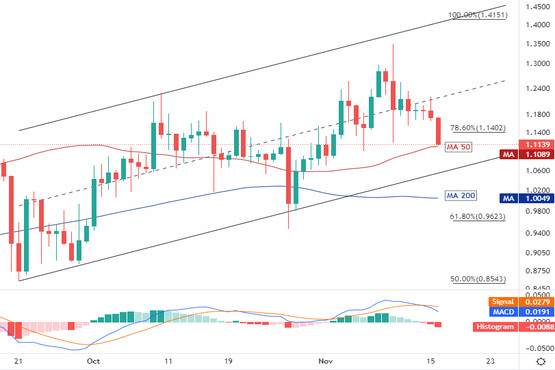 LTC lost an 8,10% value during morning hours; the current price is $243,8. When we consider the LTC/USDT pair technically, LTC, which continues to move within the ascending channel that exists as of July 21, retreated towards the mid-range band after the sales through the market. LTC may find support at $232 (peak level on September 5 and mid-range band) and if it cannot hold above those levels, it could retest the $207,5 level. 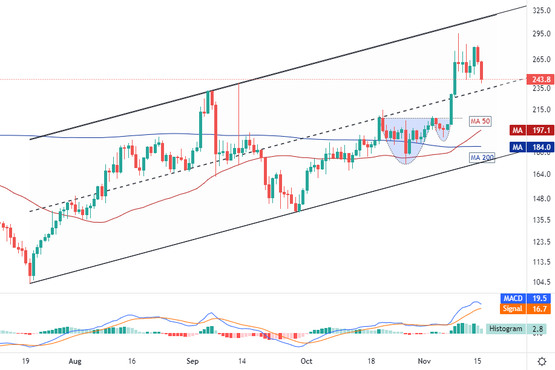 LINK lost a 7,60% value during morning hours, and the current price is $29,76. When we consider the LINK/USDT pair technically, LINK, which moves in the uptrend as of September 21, retested the trend, 50-MA on $29,14 level. We expect LINK to find support around this level and the price movements should be followed. Our major support level is $27 (200-MA) if the pullbacks deepen. 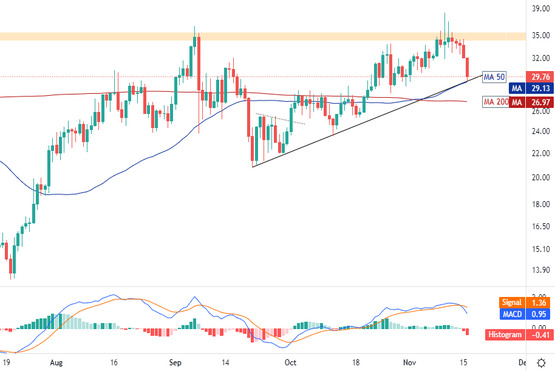 BAT lost an 8,80% value during morning hours, and the current price is $1,0479. When we consider the BAT/USDT pair technically, BAT, which stands out positively with the latest trend compared to the general market, broke the uptrend as of October 30 downwards. MACD gives a sell signal in the daily metrics of BAT, which is under the level of $1,0637 (Fibo'61,80). The major support levels of $0,96 - 1 should be followed when retreating. 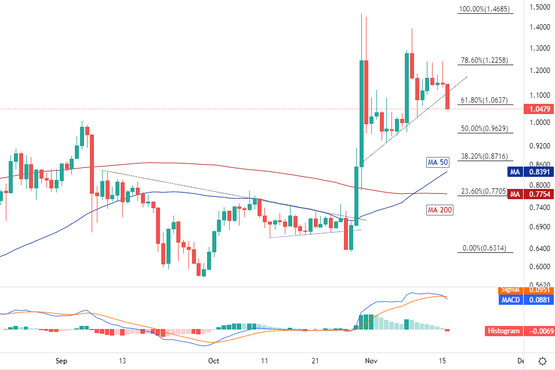