BCHA to Use Avalanche Consensus

The House of Representatives Seeks Regulation for Digital Coins

In the letter written to the SEC (the institution that controls the American capital markets) by a group of 9 people within the parliament, it was stated that the SEC and FINRA should not be left behind in terms of regulation.

Insurance Companies' Bitcoin Investment May Increase, According to JP Morgan

JP Morgan said there could be a $ 600 billion entry into the Bitcoin market, with a potential increase in corporate demand following insurance company Mass Mutual. The adoption of Bitcoin from this latest acquisition is a sign of the spread from family offices and wealthy investors to insurance companies and pension funds, strategists said.

With Bitcoin rising over $ 19,000 again, the Bitcoin Realized Price Rate reached its all-time high of $ 7,670.15 on December 13. It is seen that short-term market sensitivity has disappeared. It provides a positive indicator in terms of the longer-term volatility of bitcoin value.

Microsoft plans to use expanded blockchain functionality to enable Xbox game partners and the network of artists, musicians, authors, and other creators to gain greater visibility into tracking, management, and payment transactions for copyright agreements.

Although PayPal's entry into the cryptocurrency industry is not the only catalyst behind its increased performance, corporate companies' demand for digital assets has also had a positive effect on other investors. In particular, it shows that PayPal's crypto platform has collected 70% of the newly mined BTC in recent weeks to meet the increasing demand with the launch of its crypto platform in the US.

Bitcoin is trading above $ 19,000 this morning. We see that the sales pressure slowed down in BTC, whose weekly returns increased to 4.5%. We know that the sales here were made by the miners and reached the maximum level on the week of December 7th. On the other hand, MassMutual's $ 100 million BTC purchase was also cited by JP Morgan as positive news in terms of both its awareness and spread. The 30-day volatility of BTC began to rise slightly as if preparing for the break of the $ 20,000 level. 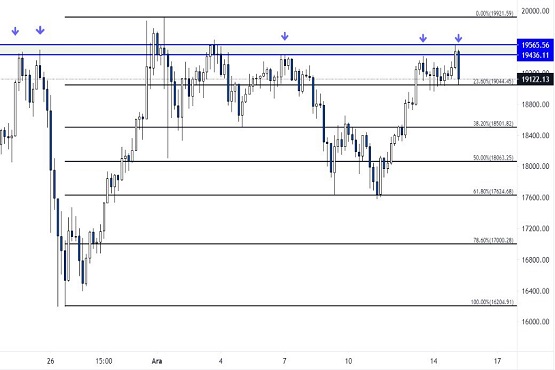 Although Ethereum is following a trajectory up to 1% this morning, the stake (ETH lock to the system) status continues for the 2.0 transition and stages in ETH / USD, which is traded at $ 584 this morning, reacting from the $ 575 level it tested yesterday. Ethereum has become the new favorite currency in corporations, following the demand of institutional investors for Bitcoin. Especially after the investments of the leading insurance company Mass Mutual, other insurance companies are expected to show interest in the sector.

When we consider ETH / USD technically, we have shown deviations with the blue trend line in addition to the uptrend and it is seen that it has tested the blue trend line four times in a period of four hours. At the same time, the double bottom formation in the $ 540 region is in the $ 540-580 range, pointing to the $ 640 level above. ETH / USD, which is considered positive to be above the trend in terms of outlook, should continue to recover and break the $ 624 level for a new trend. 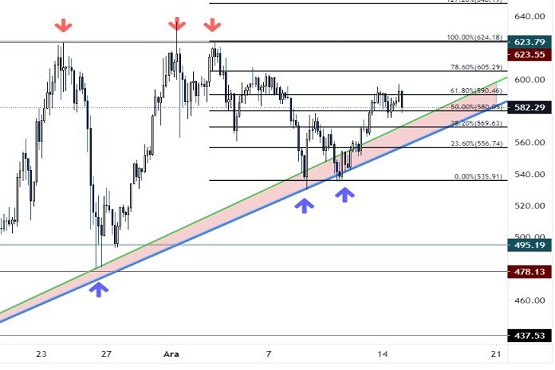 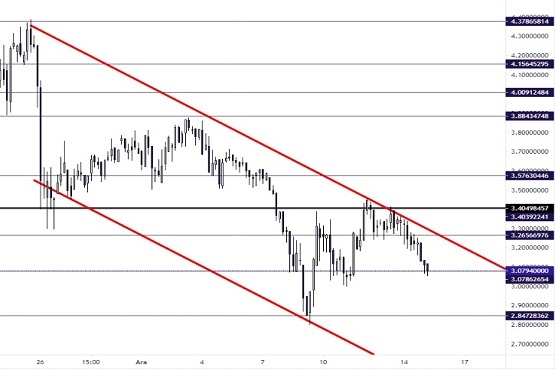 Ripple hovered around $ 0.51 yesterday while retracing around 1% this morning, moving around $ 0.49. Ripple, which has a valuation of over $ 10 billion, has implemented its first project, RippleX, based on its own developer platform XRP Ledger. With this project, a bridge was established between Java applications and XRP Ledger. In addition to the support of institutions, the arrival of new projects can positively contribute to the medium and long term.

When we look at XRP / USD technically, it is moving forward near $ 0.49, reacting downwards compared to yesterday's trading on the four-hour chart. Although it tries to break the downward trend that has been going on since November, eight times in the four-hour candles, it continues to move in the lower zone of the trend. Especially with the realization of the expectation after the airdrop, exits from XRP / USD continue to be seen. With its rising again, $ 0.5080-0.5250 levels come to the fore. Retracements down to $ 0.4860-0.4530 may be considered if possible retracements continue. 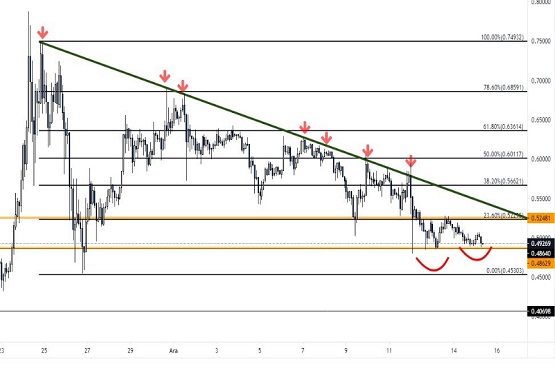 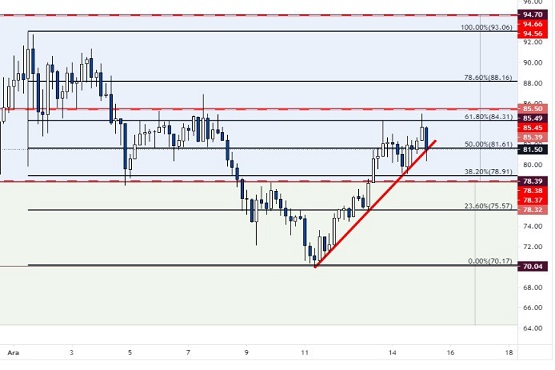 Technically, LINK continues its progress within the rising channel that has been going on since September. LINK / USD, which tested the lower support point of the channel last week, rose again over the weekend and returned to the channel. The $ 12.25 level stands out as support in possible retreats. Informative effects can be seen in terms of reaction. The levels of $ 13.40-13.50 can be taken into consideration in their upward movements again. 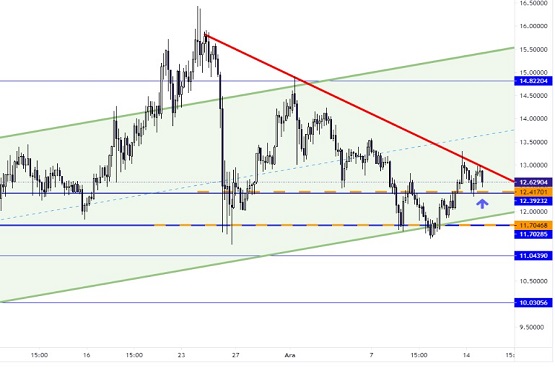 BAT is moving around $ 0.2150 this morning with a drawback of around 2% based on yesterday's trading. BAT / USD continues a buying course according to yesterday's transactions. The daily support points are $ 0.2077-0.2110 in possible pullbacks in BAT / USD, which continues its upward trend. Upward reactions can be observed with the hold on the train. 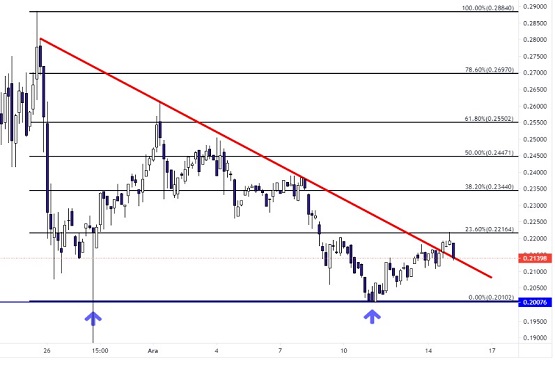