Democrat mayor-elect of New York City, Eric Adams, announced on Twitter that he plans to receive his first three paychecks in Bitcoin. Adams repeated his plans to make New York the "center of the cryptocurrency industry" after taking office in January.

The transfer volume on the Bitcoin network can help measure the current level of network activity and provide a better understanding of how much value the network is moving in BTC and USD denominations. In this context, the BTC outlook is positive.

U.S. Senator Ted Cruz has introduced a resolution that would position Congress to lead in cryptocurrency by having congressional cafeterias, vending machines, and gift shops accept crypto payments.  “Congress is typically slow to adopt new technology,” he said.

Digital payments company Square released its Q3 financial report on Thursday that revenue generated by Bitcoin was $1.81 billion, and they have detailed plans to increase digital asset investments and exposure.

Aave has announced the next update to its DeFi lending protocol, V3, and the features that will accompany it. The upgrade includes support for multiple blockchains and support for layer 2 networks. It will also include various improvements related to the user experience, risk management and the token listing process.

Bank of America COO: Crypto Could Add Value to Banks

Montag said that he does not consider the cryptocurrency industry to be a competitor to banks, but rather another asset class that some people see as valuable.

Bitcoin gained a 1,30% value during morning hours; the current price is $62.267. Digital payments company Square reported its Q3 financial report on Thursday that revenue generated by Bitcoin was $1.81 billion, and they have detailed plans to increase digital asset investments and exposure. The transfer volume on the Bitcoin network can help measure the current level of network activity and provide a better understanding of how much value the network is moving in BTC and USD denominations. On the metrics, the volume is on its peak level. In this context, the BTC outlook is positive.

When we consider the BTC/USDT pair technically, Bitcoin continues to move within the ascending channel that exists as of July 20. BTC has had a sideways trend for a long time, between $64.000 and 59.600. In the daily chart, there isn't any reversal signal from MACD. BTC has support at $60.236 (Fibo'78,60) for a while. It should hold onto this level. 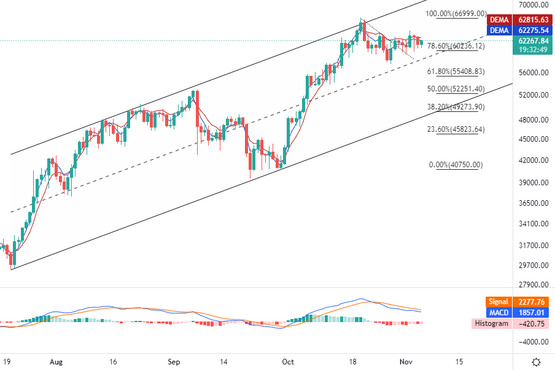 When we consider ETH/USDT pair technically, there had been sales yesterday, but its transaction volume remained below the average. Although the price movement continues above the rising trend for ETH, the price has lost its momentum in the upward direction. As we mentioned in the bulletin yesterday, we think the rises will continue towards the $6.000 level for ETH, which has a cup-and-handle pattern in the weekly chart. The short-term price target is $4.950 for ETH, which has a positive outlook on the metrics, and its medium-target level is $6000. 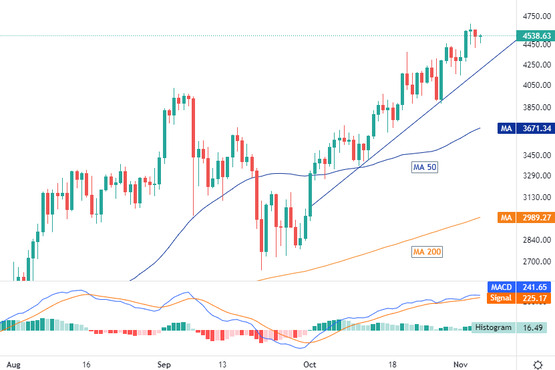 AVAX lost a 1,40% value during morning hours, and the current price is $77,85. When we consider the AVAX/USDT pair technically, AVAX, which broke the compression zone along with the above-volume transactions, as mentioned in the bulletin before, retested its $79,80 level. MACD proceeds to give a buy signal in the daily chart. We have entered the price discovery period for AVAX and we expect the rises to continue towards our next price target is $97. But if there a pullback occurs, AVAX can retreat towards $72,9. 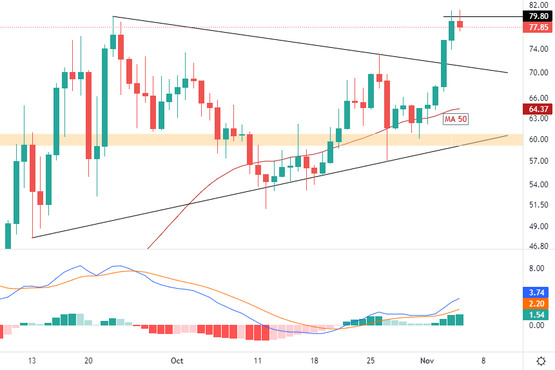 Ripple lost a 0,75% value during morning hours, and the current price is $1,1959. When we consider the XRP/USDT pair technically, XRP broke the downtrend that existed as of October 10 and closed the day above this level. XRP, which retested its support at $1.16 yesterday, also retreated towards this level earlier this morning. XRP seems to have found support and in the daily chart, MACD continues to a buy signal. Our short-term price target for XRP is $1.41. 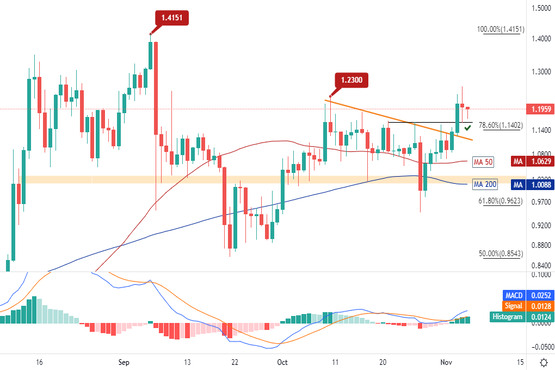 LTC lost a 1,20% value during morning hours; the current price is $200,2. When we consider the LTC/USDT pair technically, LTC, which moves in the ascending channel as of September 20, faced resistance from the upper band and began to retreat yesterday.  It retreated to $195,7 (Fibo'78,60), but today the pullbacks stayed limited. If subsequent pullbacks occur, the subband of the channel ($190 level) should be followed. 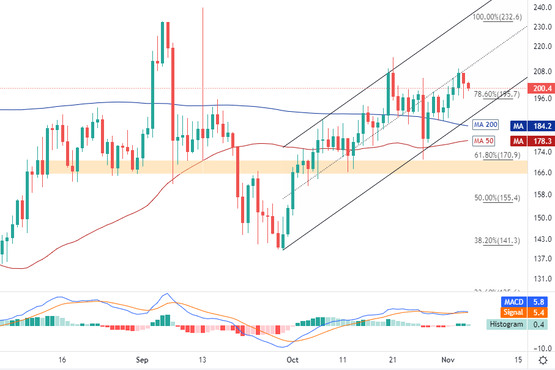 LINK gained a 1,50% value during morning hours, and the current price is $31,50. Market-leading blockchain oracle solution Chainlink has crossed $75 billion in Total Value Secured (TVS). By their very nature, blockchains and the smart contracts built on them cannot connect with real-world data and systems. Chainlink solves this problem through the use of oracle networks that pull and aggregate data from the real world to run smart contracts built on blockchains.

When we consider the LINK/USDT pair technically, LINK, which moves in the ascending channel as of September 21, broke the middle band down along with the sales yesterday.  As of this morning, LINK, which retests the middle band of the channel, may continue to rise if this break occurs upward. In case of pullbacks, the support zone marked with yellow on the chart is should be followed for buying opportunities. 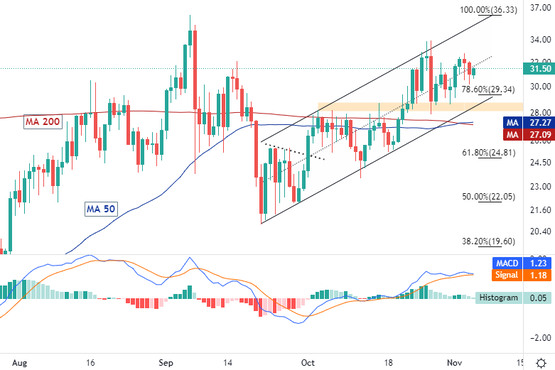 BAT gained a 2,10% value during morning hours, and the current price is $0,9986. When we consider BAT/USDT pair technically, we see that horizontal price movement prevails in the support zone after a sharp price movement. BAT has held onto the support at $0,9643 (Fibo'50 zone) for two days. Not losing the zone is important. If it closes the day below Fibo'50, it can retreat to $0,87. 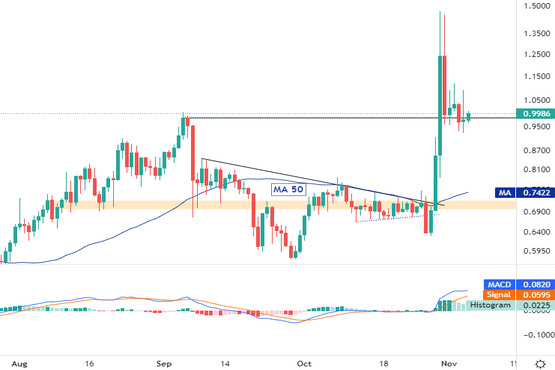