Ethereum founder Vitalik Buterin sent 3,200 ETH ($ 1.4 million) for the first time to the ETH 2.0 contract. In order to make a smooth transition to the ETH 2.0 network, which will use the Proof-of-Stake (PoS) algorithm, 524 thousand 268 ETH must be sent to the deposit agreement, in other words staking. 38,693 ETH has been staked so far.

ETH Includes in 200 of the World's Largest Assets
Ethereum, ranked 194th according to figures published by AssetDash, has become one of the 200 largest assets in the world in terms of market capitalization. Ethereum's current market cap hovers at $ 52.1 billion at just over $ 50 billion. It also surpassed Volkswagen in 200th place.

Transfer of Money in Whatsapp
WhatsApp Pay payment feature, owned by Facebook, is now activated for users in India. With this innovation, users will be able to transfer money to each other while chatting. The application uses UPI, a payment infrastructure built by a coalition of major banks in the country.

Gold-Bitcoin Report from JPMorgan
According to the report published by JPMorgan Chase, the largest bank in the USA, investors may be starting to drop gold and buy Bitcoin. As a result of the researches, it was concluded that investors who normally appear in the gold market may exit this market and enter the crypto money market.

We can say that Bitcoin made a new rally yesterday, climbing above the $ 15,000 level with gains ranging between 7% and 11%. Cryptocurrency investors were the most comfortable follower, regardless of who exited the US Presidential elections. The common point was the decline of the dollar and its aid, Fed's funding, and the increase in individual and corporate interest in cryptocurrencies. The increase in market dominance to 67% also causes altcoins not to be in demand due to low investor sensitivity and investments in BTC, the capital. According to Bitcoin options, it is currently trading with a probability of 14% for BTCUSD to reach $ 20,000 by the end of the year.

When we consider BTCUSD technically; At the $ 16,000 border, the MACD and Momentum indicators maintain momentum in the positive zone. Support and resistance ranges are now quite open. Therefore, if it breaks down to 15,300, there is no significant support up to the $ 14,200 levels. Above, before 20,000, the most important resistance is 16,200 and 17,300, with large gaps above. Therefore, the momentum can be followed with caution. The outlook is positive and driving upwards. 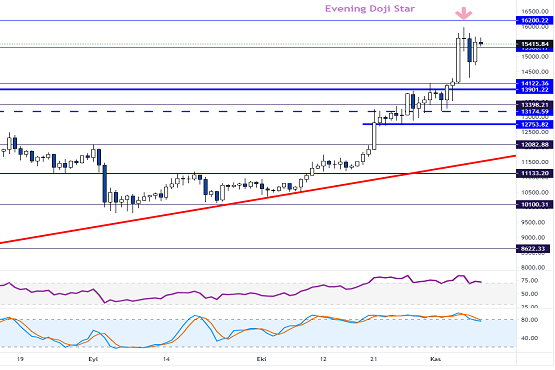 Ethereum again captured 7% of BTC's return and broke the $ 410 yesterday and surpassed an important region. Ethereum Foundation pointed to December 1 in its statement for the 2.0 update. However, some speculation spreading in the market was that this date could be delayed, leaving pressure on pricing. Due to the fact that it is unconfirmed information, movements in Bitcoin have a positive effect on Ethereum for now.

When we consider ETH / USD technically; The declining trend that has been ongoing since September 1 is broken and the upward channel that formed in early October continues. Ethereum, which we mentioned yesterday that the momentum could increase with the break of the 410 regions, acted in this direction and suddenly rose to the $ 440 region. Because if this zone is broken, there is no significant resistance up to $ 490 and the double bottom continues in the weekly period. You can watch the details in our Crypto Zoom post on our YouTube channel. The outlook is bullish and positive. 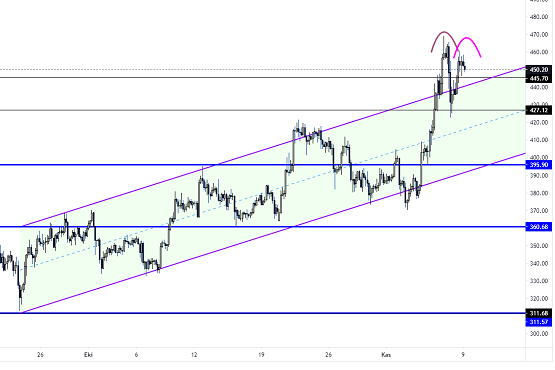 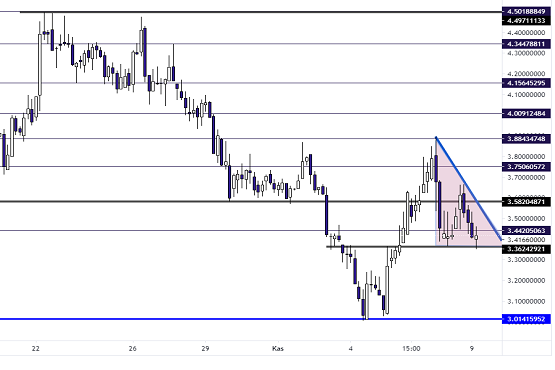 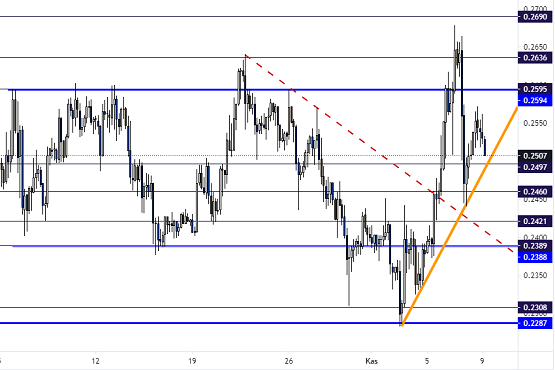 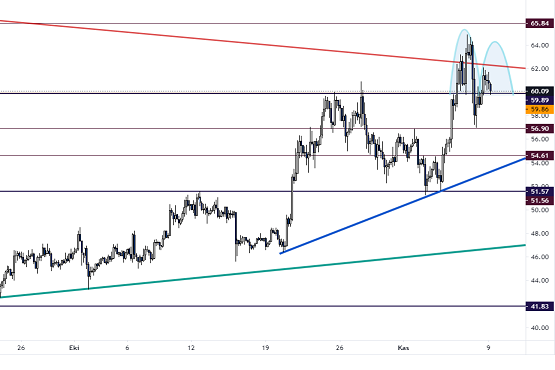 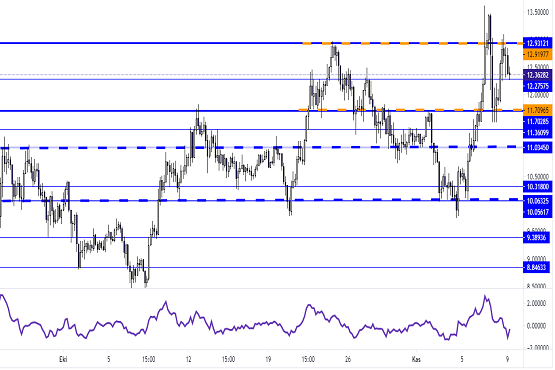 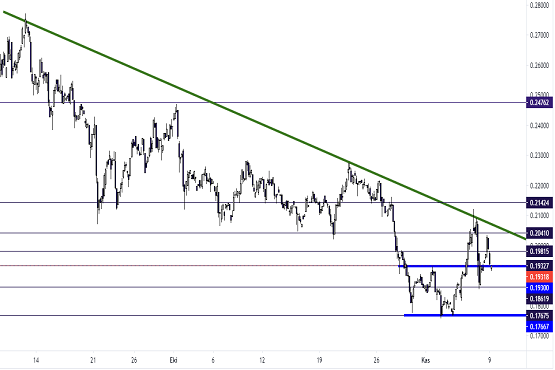