Bitcoin (BTC) exchange reserves are back near record lows as 2022 renewed appetite among buyers. Data from the on-chain analysis firm CryptoQuant shows that as of January 4, there were 2.308 million BTC across 21 exchanges.

According to a recent report from We Wealth, Banca Generali’s private clients will be able to buy and sell Bitcoin through the bank’s app.  The bank will be integrating the platform into its Home Banking system, enabling its users to engage in cryptocurrency trading without leaving the bank’s online infrastructure.

Behind this idea, he said: “It’s going to probably be the only asset class that could withstand the headwind from the macro factors of Fed tightening and geopolitical issues that are out there, and I think the reason is very simple: because from where I sit, what I see is basically a massive inflow of talent capital and usage. I’m almost embarrassed to say that that’s a prediction because I’m just reporting what I see on a daily basis.”

In South Korea, presidential candidate Lee Jae-myung plans to fundraise using NFTS, according to Yonhap News. The strategy is financial and represents a bid to attract younger voters. "As the young generation in their 20s and 30s are interested in emerging technologies, including virtual assets, NFTs and the metaverse, this type of fundraising could appeal to them," Kim Nam-kook, a Lee campaign official, told Yonhap News.

China has launched the digital wallet pilot application for the digital yuan (e-CNY) on the Android and iOS platforms. China was among the first countries to develop its own independent digital currency after developing in 2014.

480,000 LINK Purchased by Two Major Ethereum Whales
WhaleStats shared data on several large transactions made by Ethereum whales purchasing LINK. Two large whales ranked 111 and 116 in the ETH Top 1,000 Whale List have purchased a total of 479,701 Chainlink in the past twenty hours. This is the equivalent of $ 11,311,820.

Peru Proposes a Bill to Regulate Bitcoin and Other Cryptocurrencies

A draft law aimed at providing a legal basis for the cryptocurrency market has been submitted to the Peruvian Congress, which will debate on approving this bill. The document, which can be viewed on the official website of the Peruvian legislature, covers several important aspects of the country's growing ecosystem. The project, also officially known as the "Framework Law for the Commercialization of Crypto Assets", was introduced by Podemos Peru Parliamentarian José Elías Ávalos.

Bitcoin gained a 1,27% value during morning hours; the current price is $46.379. Bitcoin (BTC) exchange reserves are back near record lows as 2022 renewed appetite among buyers. Data from the on-chain analysis firm CryptoQuant shows that as of January 4, there were 2.308 million BTC across 21 exchanges.

When we consider the BTC/USDT pair technically, BTC broke the major uptrend on August 3 yesterday intraday. Because it dropped into the daily candle close, BTC retreated below the trend. If a voluminous breakout does not occur in BTC, which is retesting this trend from below this morning, a retreat towards $44,000 might follow. 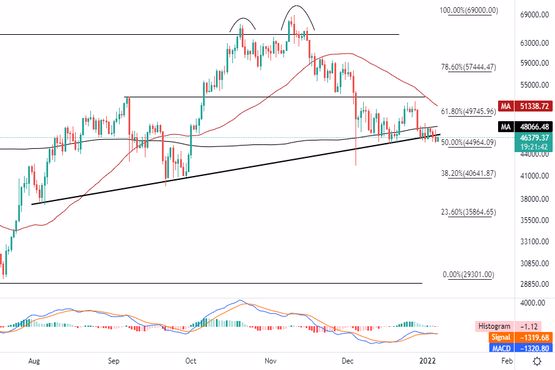 Ethereum gained a 0,63% value during morning hours, and the current price is $3806,27. When we consider the ETH/USDT pair technically, ETH moves inside the ascending channel as of September. But it continues price action around the channel lower line. Most of the intraday gains were wiped out after the reactions seen in ETH, which experienced a downtrend yesterday and rises towards the resistance zone marked with blue. If it loses the lower line momentum, a price movement towards $3400 (200MA) might follow, but the first important level is $3506. 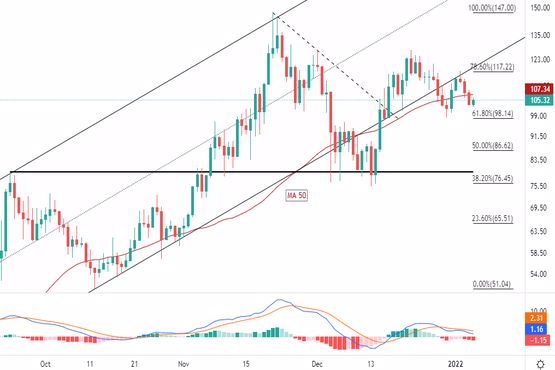 Ripple gained a 0,80% value during morning hours, and the current price is $0,8296. When we consider the XRP/USDT pair technically, XRP continues price action inside the ascending channel on September 7, a death-cross occurred after a breakout of the 50-200MA. XRP, which tested the channel lower line again yesterday and found support, stays negative compared to the market in general. However, sharp sales cannot be expected unless the day closes below the lower line for XRP is close to the support zone. 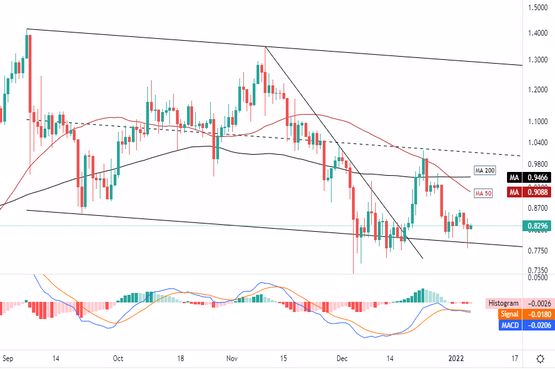 LTC gained a 1,30% value during morning hours, and the current price is $148,2. When we consider the LTC/USDT pair technically, LTC has a stagnated price movement between $141-144, and in the daily chart, stochastic gives a buy signal. Sharp sales cannot be expected unless there is momentum-loss of the zone marked with blue. A reversal signal is possible close to the stagnated zone. 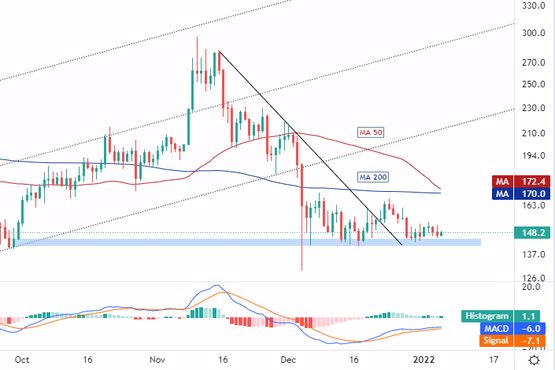 LINK gained a 10,00% value during morning hours, and the current price is $25,82. WhaleStats shared data on several large transactions made by Ethereum whales purchasing LINK. Two large whales ranked 111 and 116 in the ETH Top 1,000 Whale List have purchased a total of 479,701 Chainlink in the past twenty hours. This is the equivalent of $ 11,311,820.

When we consider the LINK/USDT pair technically, LINK, which continues price action inside the ascending channel as of July 2020, experienced a short rally after finding support near the lower line on Friday. It faced reaction near $24,35 (200MA) this morning and closed the day negative. LINK has sharp price movements this morning and appears to have broken the 200MA. If the daily close occurs above this level, the rises are expected to continue. 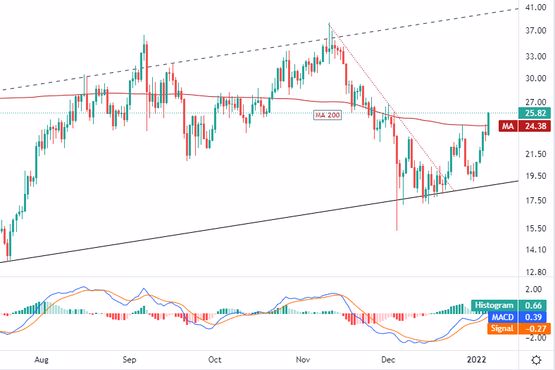 BAT gained a 3,50% value during morning hours, and the current price is $1,3078. When we consider the BAT/USDT pair technically, BAT had a short rally and faced resistance from the zones marked with blue for the last few days. BAT is priced above $1,2595 (Fibo'61,80) and can retreat to $1,2358 (50MA). If this momentum is lost, a pullback until the uptrend can come up. 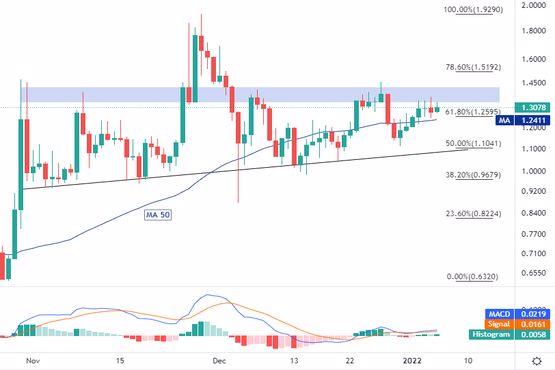