Grayscale, the world's largest digital asset management firm, announced its Q3 report and stated that the firm raised over $ 1 billion in the capital in a single quarter. The interest in Grayscale funds, in which only institutional and accredited investors can participate, is considered as an indication that institutional investors considering cryptocurrency investments seriously.

115 Million $ BTC Investment from Stone Ridge
After the BTC investment of Twitter founder Jack Dorsey's company Square, BTC investments of corporate companies started to increase. On top of that, Stone Ridge, an important company in the financial world, announced that they added $ 115 million worth of Bitcoin to their treasury reserves.

Italian Banks Are Integrating Into Blockchain
The Italian Banking Association (ABI) announced that about 100 banks have been integrated into the country's Blockchain network Spunta. In the application that started in March 2020, there are 55 banks in the first stage and while data transfer is provided, approximately 100 banks have been integrated into the system and it was stated that the agreement between banks can be completed in a short time like within a day.

The Central Bank of Russia recently passed a law on cryptocurrencies following CBDC statements.  According to the statement, non-qualified investors will only be able to buy a maximum of 600,000 Rubles ($ 7,700) worth of cryptocurrencies.

Bitcoin is having a slight selling pressure today’s morning and traded at 11,240$. Also, the macro factors are affecting the prices since Bitcoin’s sensitivity to those has increased. Moreover, the hopes of a new stimulus package from the USA are declining while France and the Netherlands are announcing losses due to the second wave of coronavirus. Even so, the institutional investors’ interest in BTC is continuing as Stone Ridge bought 115 million dollars worth of Bitcoin right after Square.
Technically, BTC is holding above 11,000 $ with the support of fundamental news. In addition to the broken downtrend and rising channel, there’s a flag pattern that shows the trend is maintaining. BTC prices can be expected to have a movement between 11,200-11,500 unless it falls behind 11,200 support. The uptrend is still active. 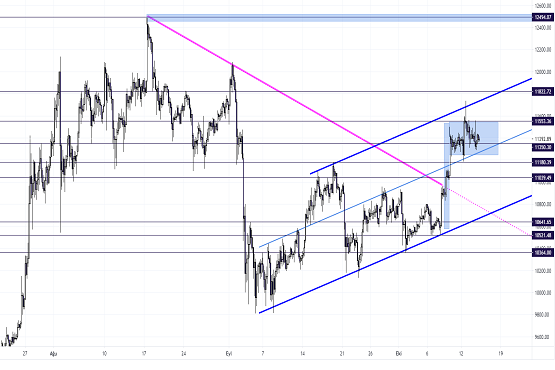 Ethereum is 1,3% negative this morning. There’s a slight decrease in the locked ETH on DeFi tokens. On the other hand, there’s no negative news about ETH. COVID-19 second wave news is effective on the market while the lockdowns from European countries has been coming and it triggered an escape to safe havens of financial markets.
On the technical side of Ethereum, there has been an upwards slope on the short-term rising channel. Daily major support is in between 373-375 levels while the midpoint of the channel is 350-355 zone. Both being onto the top of the channel and being next to 400$ resistance can trigger to realize profits but it’s not able to break the main trend. 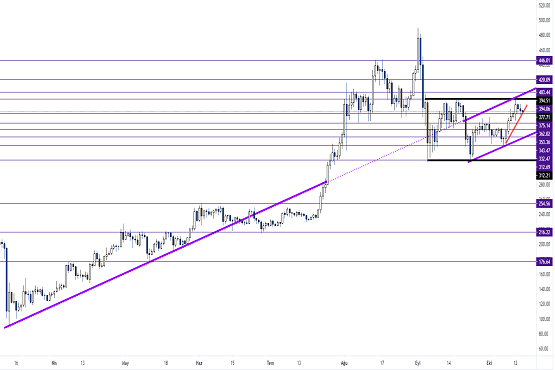 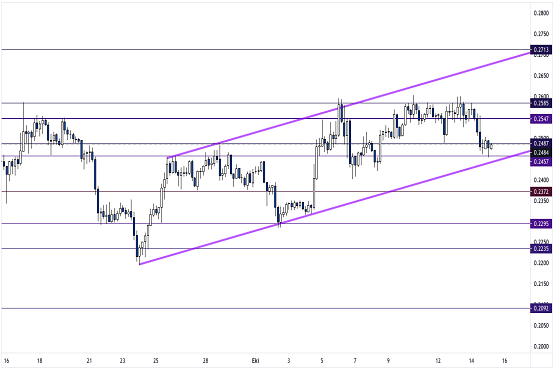 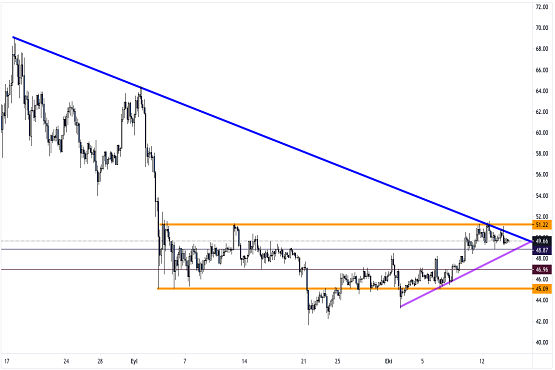 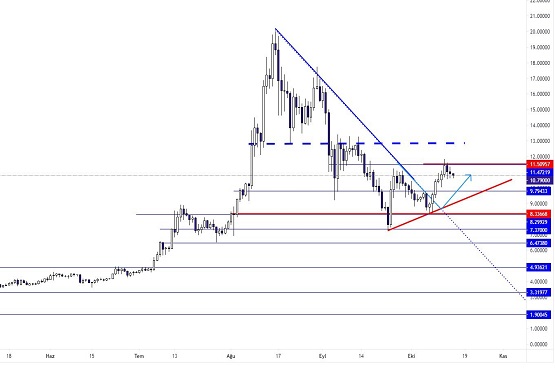 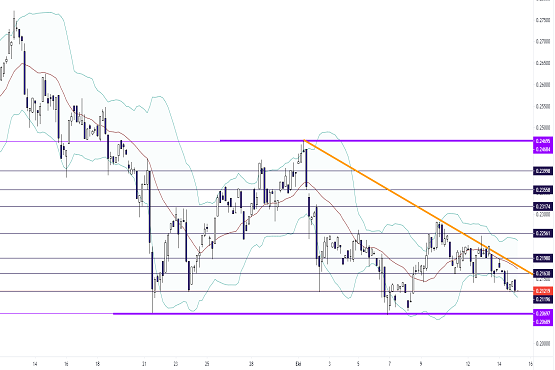