Bitcoin Miners Are Quietly Accumulating While The Market Plunges

According to an analyst in a CryptoQuant post, BTC miners continue to accumulate as prices drop over the past few weeks. The analyst used the “BTC miner reserve” metric, which shows the total amount of Bitcoin found in all miners' wallets.

Fantom CEO: 'Projects Will Not Be Terminated' Due to Cronje and Nell's Quit

Fantom Foundation CEO Michael Kong announced on Monday that the sudden termination of leading software architects Andre Cronje and Anton Nell would not lead to the closure of any projects built on the protocol.

Could Ripple Defeat the SEC?

According to a report by Fox journalist Eleanor Terrett, an unexpected outcome from the Ripple case against the Securities and Exchange Commission (SEC) may occur. The legal litigation process began almost two years ago in December 2020, and the regulator appeared to be a net earner.

Despite exits from European products, new inflows of investment in crypto funds tripled last week, reaching almost the highest level in three months. Digital asset mutual funds have withdrawn $127m over the week to March 4th, according to a report released by digital asset manager CoinShares on Monday. The regional distribution consists of an entry of $151 million in America and an exit of $24 million in Europe.

In an interview with Business Insider, Apple co-founder Steve Wozniak talked about what he was considering when investing and said many cryptocurrencies were “robberies.” He added that many new crypto tokens have used celebrity endorsements to attract new investors.

Large Ethereum investors, known as whales, have continued to add more money to their assets over the past few months, despite the price movement of the world's second largest cryptocurrency with market capitalization.

Bitcoin gained a 1,38 % value during morning hours and is priced around $38.592. When we look at the flow of money in digital asset funds shared weekly by Coinshare, we see that the highest inflow of money has been experienced in the recent period. In the past week, there has been a transfer of 94.9 million dollars to Bitcoin.

When we consider the BTC/USDT pair technically, BTC, which went up to $39.500, started to plunge after filling the CME gap at this level. There occurred a positive divergence in the 4-hour RSI but no major change in BTC In BTC, which has risen slightly with this formation, we expect the decrease to continue towards the level of $36,500 as we stated in the daily newsletter yesterday, unless $40,500 is broken upwards. 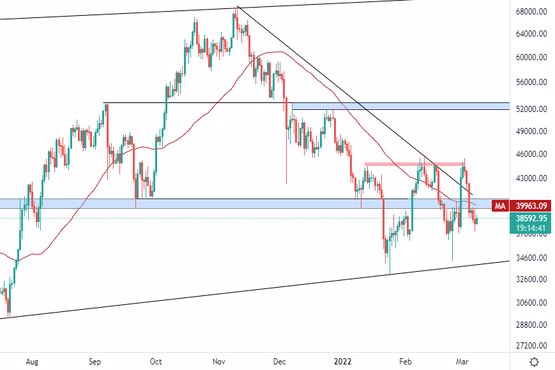 Ethereum gained a 2,00% value during morning hours and is priced around $2543. When we look at the flow of money in digital asset funds shared weekly by Coinshare, we see that the highest inflow of money has been experienced in the recent period. Ethereum ranks second with a cash flow of $24.7 million.

When we consider the ETH/USDT pair technically, ETH surged with Bitcoin yesterday, but it wiped out intraday gains. It has a negative outlook as of the weekly close. The level of $2492 confirmed the positive divergence on the 4-hour chart. If the positive divergence works and the upward price movement continues, the level of $2675 can be followed as the first level of resistance. 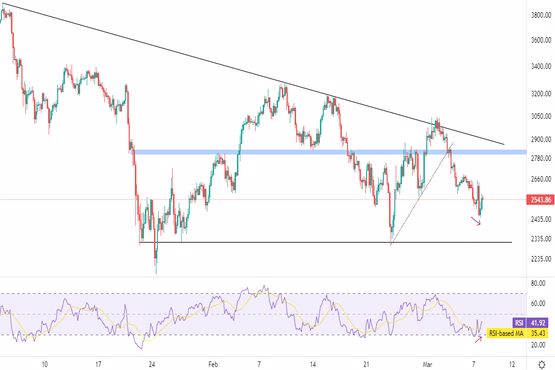 AVAX gained a 1,00% value during morning hours and is priced around $72.67. When we consider AVAX/USDT pair technically, the sales pressure in AVAX, which has recently reacted to the major downward trend, has increased and downward price movements continue. Losing the blue marked support zone at $75.5-50, AVAX retreated to the support level of its short-term rising trend. In AVAX, where there is a stagnated price movement, the breakout of the stagnated zone will determine the trend. 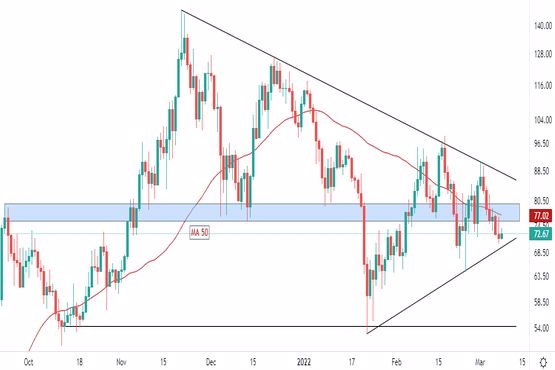 Ripple gained a 1,00% value during morning hours and is priced around $0,7270. When we consider XRP/USDT pair technically, despite the market-wide declines last week, XRP, which was above the support level of $0.7121, could close the day around those levels. In XRP, which has not yet broken the short-term downward trend, the price movement will be determined by the breakout of this stagnated area. 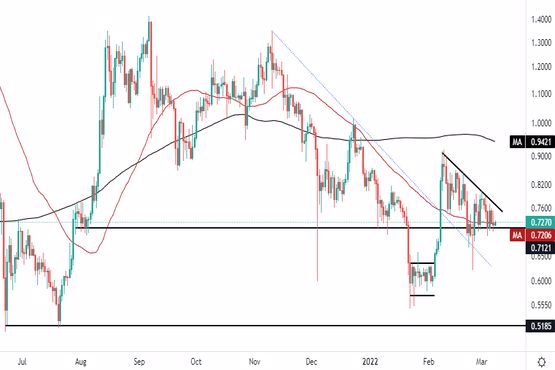 LTC gained a 1,30% value during morning hours and is priced around $100. When consider LTC/USDT pair technically, along with the negative outlook that has dominated the market for the last few days, there is a slight increase in LTC, which had broken its supports at $113.1 and $104.9 downwards, as of this morning. There is no a major change, as the RSI indicator shows increase but the price goes down. At the same time, for LTC, which is still priced below the major downward trend, market conditions remain uncertain and may find support at $83 if sales pressure continues. 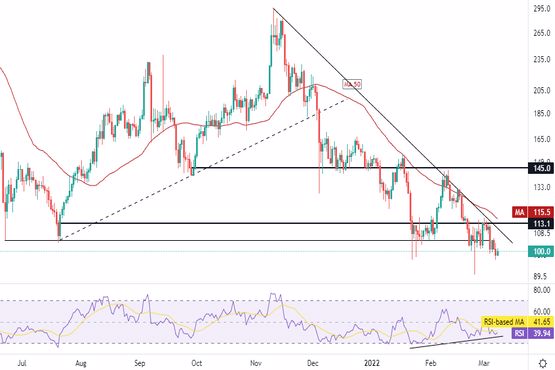 LINK gained a 1,97% value during morning hours and  is priced around $12.95. When we consider the LINK/USDT pair technically, LINK has price action inside the horizontal channel as of May 26 and lost the lower line as of the daily close yesterday. Link, which retested the channel bottom band yesterday, saw sales at this level. There needs a positive divergence to be confirmed in the RSI as of daily close. If it holds below the line, the fall may deepen. 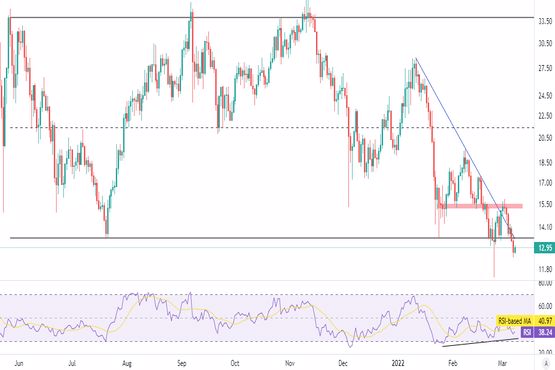 BAT gained a 2,40% value during morning hours and is priced around $0.6477 When we consider the BAT/USDT pair technically, BAT continues price action below the downtrend on November 28. If BAT, which fell to the support zone at $0.64-0.70, sustains in the daily chart below this zone, we expect the drop to continue towards $0.56. 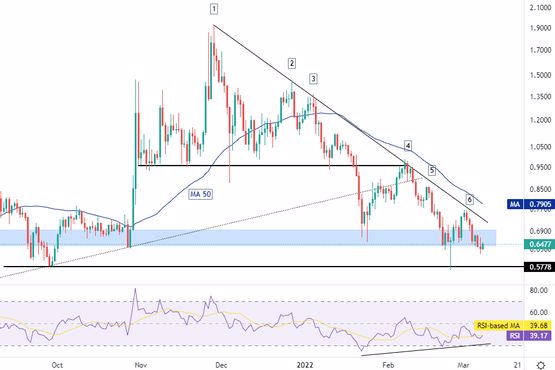