Michael J. Saylor, CEO of MicroStrategy, said he will forever be taking Bitcoin from the tops and believes in the project. Adding that he will buy Bitcoin as long as he has cash, Saylor said that the network is constantly developing and that he wants to stay in the event rather than spending time in the market.

Elon Musk's Dogecoin Announcement
Elon Musk made an announcement about Dogecoin on his Twitter account. In the announcement, Doge and Tesla products can be purchased as well as SpaceX products.

Following the transition to the Luna Classic, the Luna coin of the Terra Foundation, Terra launched the new Luna coin as 2.0. However, since the market open, the Luna price has fallen by close to 70%.

Surprising Bitcoin Prediction from Famous American Investor
American billionaire Tim Draper shared his prediction about Bitcoin. He said that Bitcoin will see the $250,000 level. As an explanation for this, he cited women's use of Bitcoin. She said that women would benefit more from Bitcoin and therefore women would bring prices to $ 250,000.

A Hopeful Bitcoin Statement from Lamoureux
Yves Lamorie, CEO of the economy firm Lamorieux, said that the bear season in Bitcoin will end, adding that he thinks Bitcoin will reach $ 100,000 by the end of 2023. Lamoureux told investors that buying could begin gradually.

In global markets, risk appetite increased after the number of cases in China fell to the lowest level in three months and restrictions were relaxed in Beijing and Shanghai. While the US 10-year bond yield declined after the news, the dollar index also fell. With this optimism, we see that reaction purchases in crypto assets come to the fore on the first day of the week.

Bitcoin is trading at $30,300 levels, up 2.78% as of morning today. After the general decline last week, we see that Bitcoin, which increased for the 3rd day in a row as of the weekend, broke the falling triangle pattern upwards on the daily chart. Volume closes above the $30,000 level could also herald an upward trend. 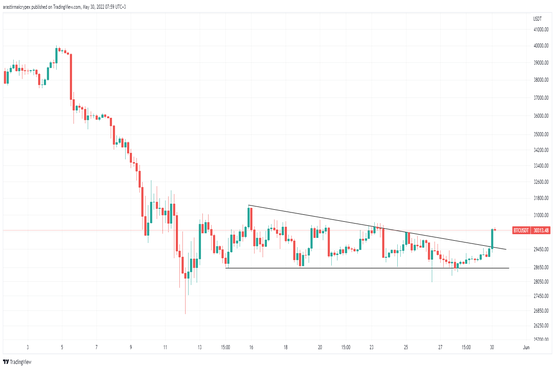 In ETH, which closed the last week with a seller, we see that the week started with reaction purchases after the increase in risk appetite in global markets. While global markets are finding support from COVID-19 developments in China, the non-farm payrolls data to be released from the US this week will be important in terms of recession pricing.

Today in the morning hours, we see that ETH is priced at $ 1875 with an increase of 3.45%. We can say that it has found support from the lower band of the 50-week rectangular pattern at the 1750-1800 levels. In technical terms, we see that the rising triangle pattern on the hourly chart has broken out of the 1830 levels. 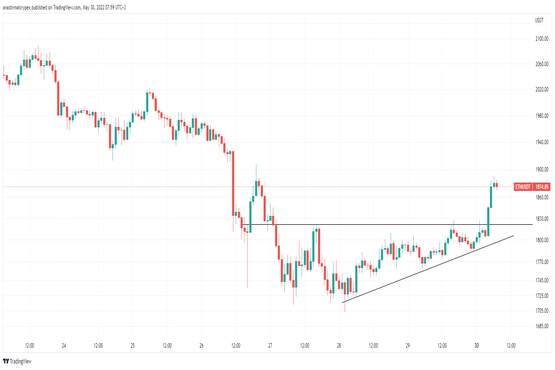 AVAX, which is up 2.71% as of the morning hours, is priced at 26.85. AVAX, which found support at the $22 levels after last week's decline, is in the ascending channel pattern on the hourly chart and we will be following the breakout of the 26.80 levels for the upside breakout. 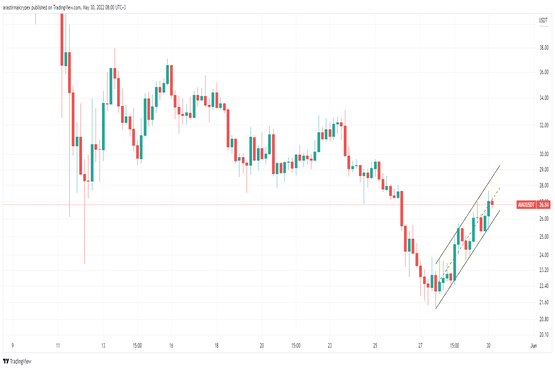 XRP, which increased by 2.24% in the morning, is priced at 0.3980. When we examine the 4-hour chart; We can say that the falling triangle pattern continues, and that closes above 0.41 levels are required for upward breakdowns. 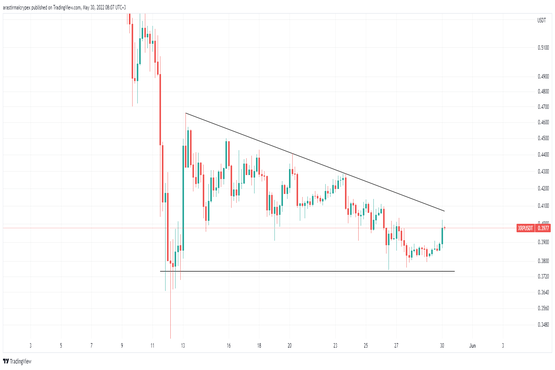 LTC is trading at $65.8, up 3.46% as of morning hours. Looking at the hourly chart, we can say that the ascending triangle pattern has broken upwards and the next critical level is the $68 band. 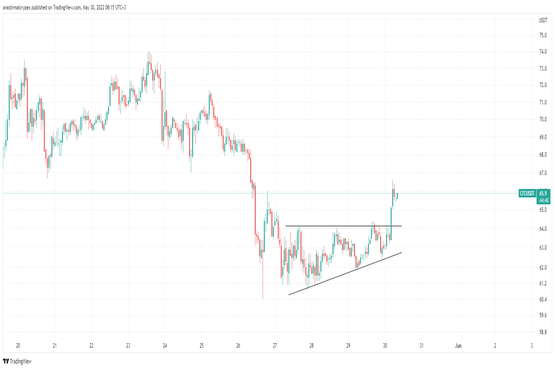 LINK, which increased by 5.07% as of the morning hours, is priced at $ 7.05. When we look at the hourly chart, we see the upward breakdown of the falling triangle pattern. We can say that the next target level is the closures above 7.10. 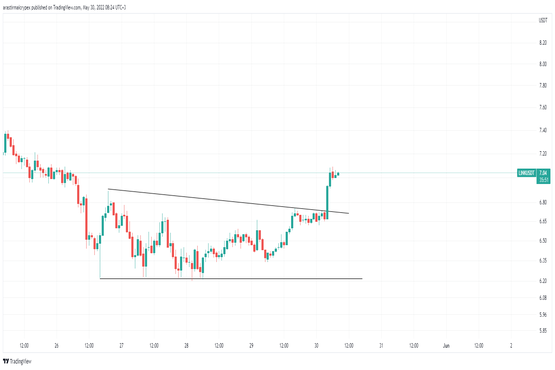 BAT is trading at $0.3826, up 2.77% as of morning hours. When we look at the hourly chart, we see that the ascending triangle pattern is breaking upwards. We can say that the next critical level is 0.39. 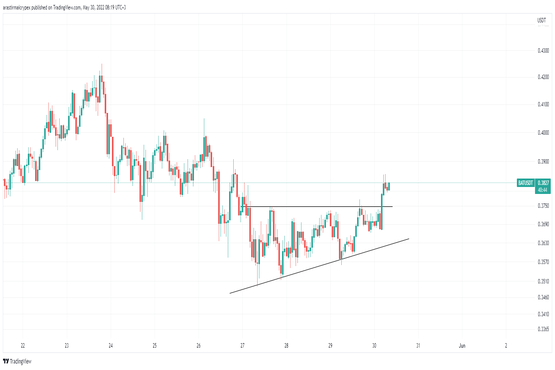