Larry Fink, CEO of BlackRock, one of the world's largest asset managers, said he continues to explore the cryptocurrency ecosystem extensively. Circle, the developer of the USDC, has been working with BlackRock since last year, and BlackRock, which manages part of the Circle's reserves, aims to manage them all in the future.

Michael Sonnenshein, Grayscale's CEO, said they could take the decision to court if the SEC rejected their application for the spot Bitcoin ETF. "All options are on the table if the SEC rejects the application," said the CEO yesterday at a conference.

The draft cryptocurrency law, which is expected to be approved by the National Congress in the first half of this year, has been approved by the senate. At the same time, the Brazilian president will be allowed to designate or create a regulatory agency to oversee the crypto market.

Ethereum's "Merge" Might Delay
Ethereum's core developer Tim Beiko tweeted that Ethereum's “Merge” would not take place in June, but could be delayed for several months afterwards.

According to a report shared by Bloomberg, Ava Labs, the developer of Avalanche ecosystem, one of the leading smart contract platforms, achieved a valuation of $5.25 billion by announcing that they received an investment of $350 million.

Amazon CEO Jassy said he didn't hold Bitcoin, but it was possible that Amazon could sell NFTs. However, he stated that he thought cryptocurrencies and NFTs would continue to grow.

Ethereum Push Notification Service Receives $10 Million Investment
The lack of cross-chain communication, which is the most annoying problem in the user experience, aims to eliminate the lack of communication between blockchains with the Ethereum Push Notification Service protocol, which hopes to solve this problem. In the Series A funding round, it raised more than $10 million with a valuation of $131 million.

Bitcoin lost a 0,51% value during morning hours and is priced around $40.147. Bitcoin started the rising channel movement when it broke its downtrend since November 10, 2021. When we consider Bitcoin on a daily basis, the channel lower line continues to be a strong support due to its current price level. If it loses this channel, pullbacks to the previous dip level of $37,500 might follow. We can see a rise of up to $50,000, if it holds above the upper line. 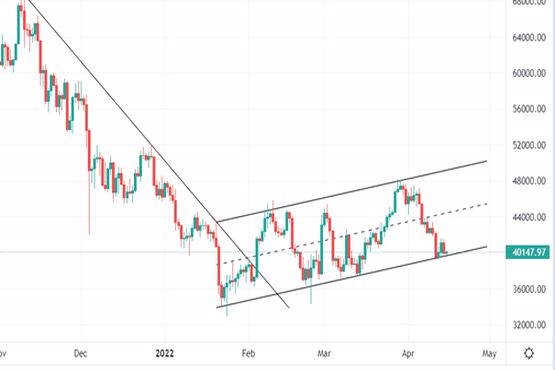 Ethereum gained a 0,58% value during morning hours and is priced around $3038. When we consider ETH/USDT pair technically, ETH had broken the triangle formation and made price movement above the minor rising trend at $3500 (the 200MA level). ETH, which could not find support from there, broke the rising minor trend downwards on April 6 and retreated to $2947 (the 50MA level). In Ethereum, which found support there, we can see price movements up to $3145 in Fibo 61.80. 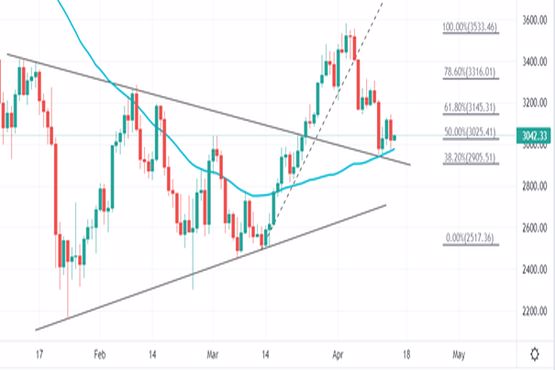 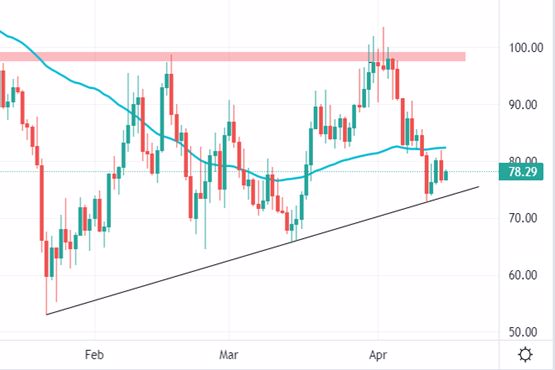 Ripple gained a 7,18% value during morning hours and is priced around $0.77. When we consider the XRP/USDT pair technically, the price movement within the triangle formation continues. The 50MA level ($0.78) works as an instant resistance. We can see a rise towards $0.81 with a price movement above the 50MA level. 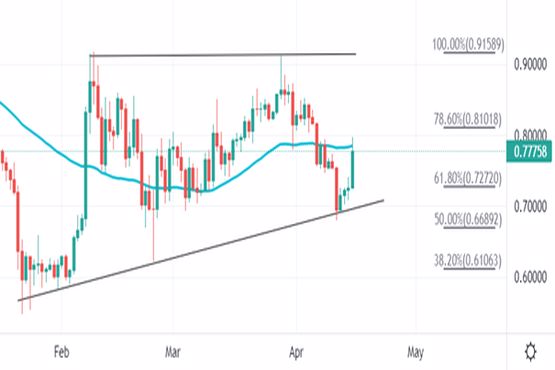 LTC gained a 2,82% value during morning hours and is priced around $110. When we consider the LTC/USDT pair technically, it broke the downtrend as of November 10 upwards and accelerated towards  $133. Reacting at this level, LTC is making a price movement towards its 50MA level by testing the support band at $96-102 and finding support from there. We can see a rise towards $143 with a price movement above the 50MA level. 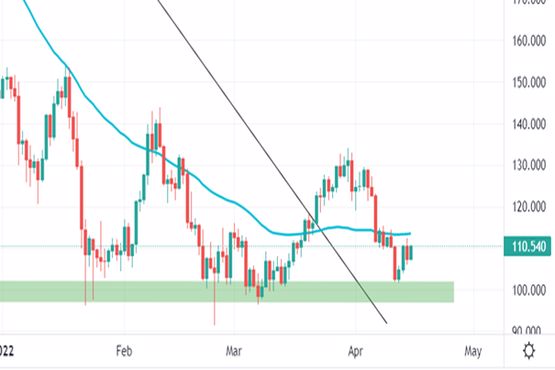 LINK gained a 2,00% value during morning hours and is priced around $14.04. LINK, which has moved below the downtrend since November 10, lost its minor uptrend on April 6. Although it has made a short-term price movement of $15, which has the 50MA level, it could not hold here; it continues to make price movements between $12.50-13.50. It could go up to $16 if it gets support from there. 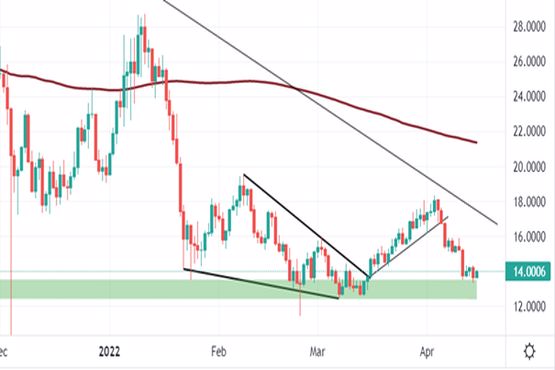 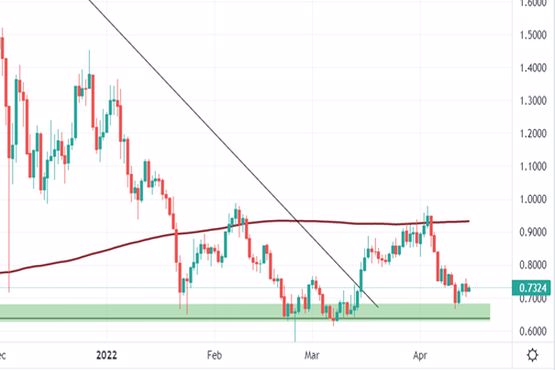