BLOCKCHAIN CAN BE USED IN SPACE

Canadian astronaut Chris Hadfield has assessed the level at which many aerospace industries can reach, from satellite nodes to mining on the Moon. “People are now beginning to realize that a node structure designed as an orbiting mission-specific Blockchain entity. This is one thing. The safety and globalization of Blockchain used here by only geometry and isolation. Blockchain is an external reflection of the reduced cost and increased reliability of access. Now people have understood that something can occur in orbit around the world and that they can be run in orbit.” Hadfield, who said in his descriptions, believes that the blockchain infrastructure will play a critical role in space and will be a tool that can be used to bring mines from space.

After turning to BTCUSD 9500 resistance, it faced sales pressure and turned to the channel support that he broke upwards. If the cryptocurrency breaks the 9330 levels downwards, it may return to in-channel pricing and some withdrawal may be seen. In this case, 9220, 9150, and 9070 supports can be monitored. However, it is thought that if the 9330 support can hold on, the 9500 levels will remain alive. It is important for the cryptocurrency to provide more than 9500 permanence for upward movements.

ETHUSD, having difficulty breaking 250 intermediate resistance, faced selling pressure in the area and retraced. If 253 resistance is broken in the cryptocurrency that is currently trying to hold above 246 resistance, acceleration up to 268 can be expected. In possible selling pressure, 246 and 241 levels can be followed as support. 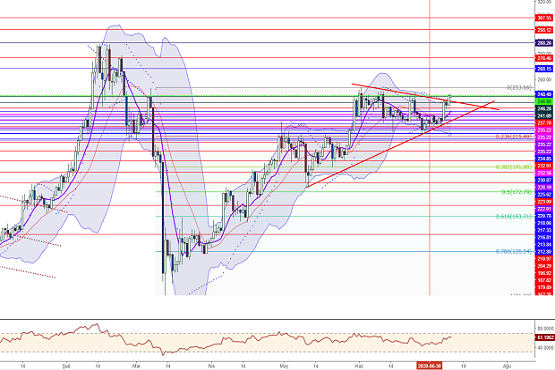 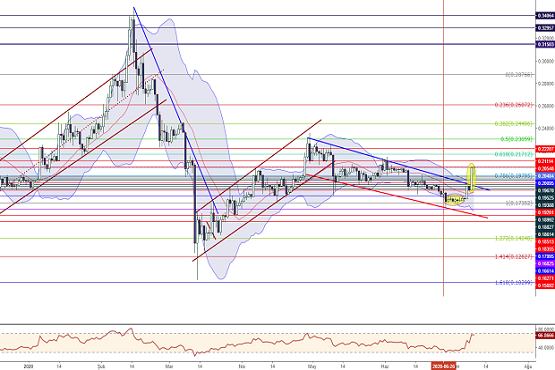 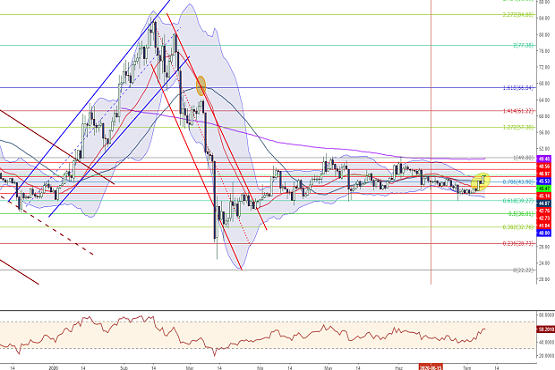