Norway contributes 0.77% of the global hash rate and is powered almost entirely by hydroelectricity, according to a report by Arcane Research. According to some analysts, this means that there will be growth in the mining sector in the Northern Norway region.

Another Name Associating with Sandbox: Ledger

The French cryptocurrency wallet company will use the virtual reality of The Sandbox blockchain game to educate people in the field of cryptocurrency. They intend to bring security to The Sandbox metaverse of the new partnership.

PayRange Inc., a mobile payment solution, has announced that it will accept cryptocurrencies. PayRange has a network of over 500,000 vending machines and millions of users in 350 cities and towns in the North American region.

The Indonesian government has sent a message that it will bring 0.1% cryptocurrency VAT tax and the same amount of income tax to cryptocurrency transactions with a step that will enable it to continue to generate income from local trade activities until May 1.

In March, Ethereum miners made a total of $1.29 billion. Still, Ethereum still has a long way to go before it reaches the highest level of all time in November last year.

According to Bloomberg, IMB President Andrew Bailey has expressed concern that cryptocurrencies create opportunities for fraudsters and criminals. At the “Stop Fraud” conference organized by the IMB, Bailey said: “You need to ask the question: What do people who carry out ransom attacks usually demand payment for? The answer is cryptocurrency."

Bitcoin gained a 0,47% value during morning hours and is priced around $46.787. When we consider BTC/USDT pair technically, the ascending triangle formation, which we have been talking about for a long time, broke upwards as of the weekly close. We maintain our positive opinion as the price movement continues on the upper resistance zone of this triangle, the $44,500-46,000 band. In BTC, which saw a short-term reaction of less than $48,300 (the 200MA level), this level could not be overcome upwards, and the horizontal price movement continues in the region of $45,000-48,000. We expect the BTC, which has lost its momentum, to rise again towards the 200MA level. 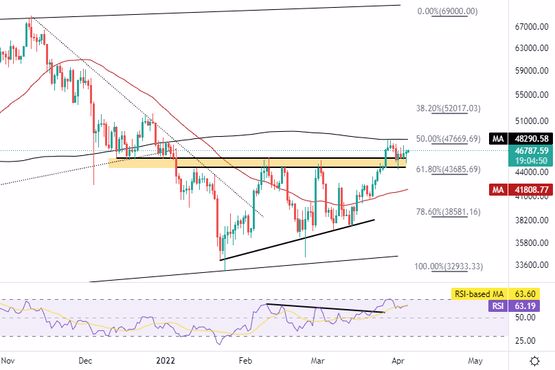 Ethereum lost a 0,18% value during morning hours and is priced around $3525. When we consider the ETH/USDT pair technically, the symmetrical triangle existing as of 12 January in the daily chart was broken upwards yesterday. There was a rise up to the $3500-3585 band. ETH, which had a daily closing of over $3488 (the 200MA level) on Sunday, achieved permanence above this level despite negative pricing yesterday. The next price target can be set at $3,860 unless there is a daily closure below it again. 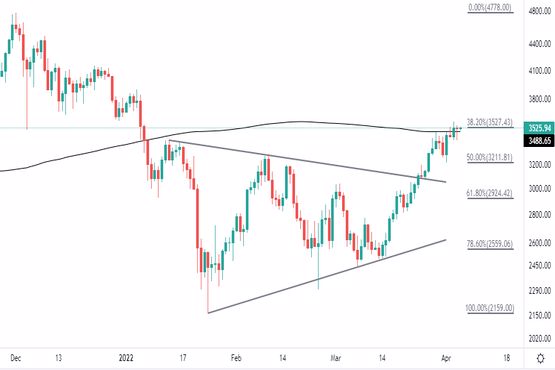 AVAX gained a 0,85% value during morning hours and is priced around $96.93. When we consider the AVAX/USDT pair technically, there is no major change in the outlook. In AVAX, which has seen price movements since mid-January, this stagnated zone has been broken upwards in recent weeks and the rise has continued in the $95-96 band. Due to this positive price movement, AVAX broke its short-term rising trend downwards, but it could go onto the support zone marked in blue. If permanence is achieved above the $95-96 band, it can provide momentum that will trigger the rise to $113. 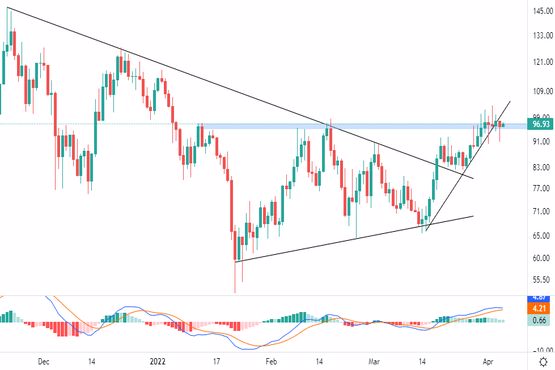 Ripple gained a 0,30% value during morning hours and is priced around $0.8271. When we consider the XRP/USDT pair technically, XRP, which recently hit the level of $0.8945 (the 200MA level), fell below $0.8582 again with the reaction it faced from this level. When we look at the daily period, a cup and handle formation occurs in XRP, which performs price movements between 50MA-200MA levels. We think that momentum will come with the formation resistance reaching 0.8932 dollars and the upward breakout of the 200MA level. 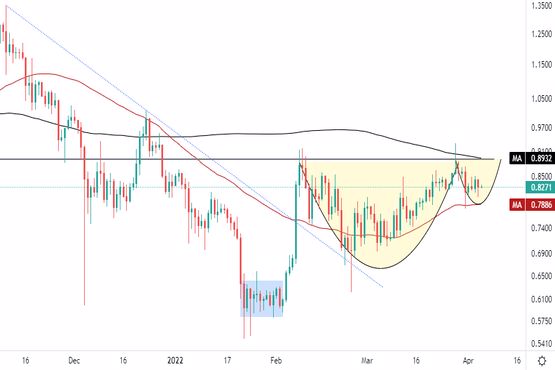 LTC gained a 0,56% value during morning hours and is priced around $125.4. When we consider the LTC/USDT pair technically, the rising channel, which has existed since March 14, was lost downwards last week and there is a horizontal price movement in the LTC, which has a limited pullback. If the LTC, which is rising again towards the short-term resistance zone formed at $132.5, can break this region upwards, a rapid price movement towards the level of 140 dollars can be seen. 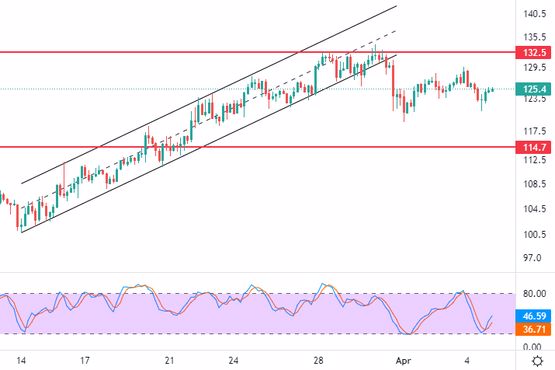 LINK gained a 0,11% value during morning hours and is priced around $17.57. When we consider the LINK/USDT pair technically, there is no major change in the outlook. As of May 26, 2021, LINK continues its price movement on the minor rising trend as of March 14. As long as the uptrend is maintained for LINK, which we do not receive any reversal signals in the daily chart, we expect the rise to continue in the major descending trend that has existed since December 2021 marked in orange. 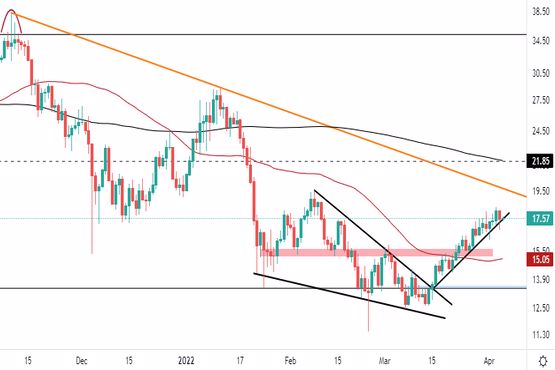 BAT gained a 0,67% value during morning hours and is priced around $0.8958. When we consider the BAT/USDT pair technically, although there was a daily closure above the level of 0.9287 dollars (the 200MA) in BAT, which has been dominated by a horizontal/slightly rising price movement for a while, this level was lost downwards again yesterday morning. In the 4-hour period, BAT, which retested the rising minor trend as of March 7, started to rise again with the support it found last night. Below this trend, daily close may lead to deeper correction, while providing permanence on it will trigger the rise towards the 200MA level. 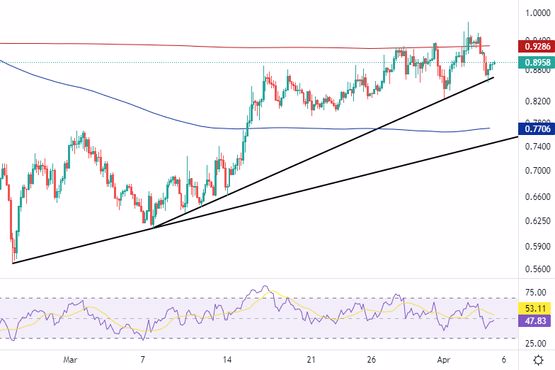