A total of more than 3,500 mining equipment was seized in China from the day of the mining ban, March 15. Electricity prices have been raised to create a deterrent effect on the continuation of illegal mining operations in Zhejiang province.

Although March 2022 was a difficult month for Bitcoin miners, Bitcoin mining revenue increased. Despite this increase in Bitcoin, Ethereum miners earned 10% more, according to BeInCrypto Research.

Mexico's Third Richest Billionaire: "Buy Bitcoin to Save Your Skin"

Tesla to Power Bitcoin Mine with Solar Energy

SHIB announced that the Metaverse will consist of 100,595 plots of land and would initially unlock 36,431. Metaverse will be divided into four districts: Growth District, Defense District, Technology District, and Currencies District.

Cathie Wood, the cryptocurrency supporter and founder of Ark Invest, has announced that the company has abandoned all its shares in PayPal. In addition, Wood reported that the company has switched to the Cash App payment system using the Lightning Network, while showing that it trusts the long-term growth of this system.

Bitcoin gained a 0,65% value during morning hours and is priced around $39.789. When we consider the BTC/USDT pair technically, the BTC, which faced a reaction from 48,300 (the 200MA level), saw sales pressure after Fed statements. The negative price movement led Bitcoin to lose the zone of $44.500-45.700. When we consider the metrics in the daily chart, MACD and parabolic SAR continue to give a sell signal. BTC, which made a price movement within the existing ascending channel as of January 17, received support from the channel lower line yesterday and this morning. If the level of $39,180 is not broken downwards, rises can be seen towards the level of $41,950 (the 50MA level). 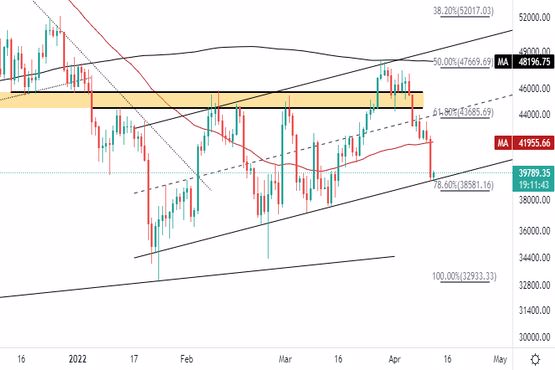 Ethereum gained a 0,45% value during morning hours and is priced around $2991. When we consider the ETH/USDT pair technically, the parity has a stagnated price movement. But yesterday, this zone was lost and it closed the day below the $2986 level (Fibo'50). If ETH, which started to be priced below the descending trend as of January 13, does not break the trend upwards, there may be a retreat towards the level of 2730 dollars. 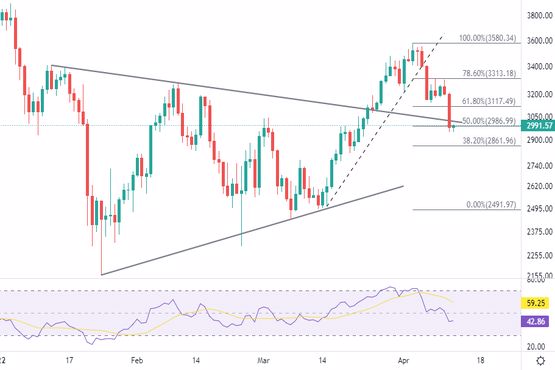 AVAX gained a 2,10% value during morning hours and is priced around $75.84. When we consider AVAX/USDT pair technically, AVAX gained momentum towards $103.62. But sales pressure from MACD and Parabolic SAR led to AVAX have dropped. As we mentioned in the daily bulletin yesterday in AVAX, which lost the 200MA level downwards, the pullbacks continued to $74, the support level of its uptrend as of 22 January. For AVAX/USDT, which we expect to find support from this level, a reversal signal might encounter in the short-term metrics. 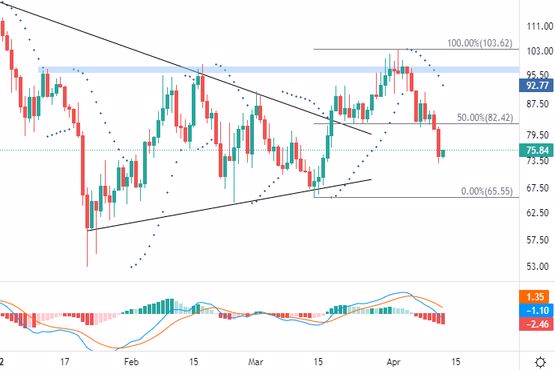 Ripple gained a 00,80,30% value during morning hours and is priced around $0.6999. When we consider the XRP/USDT pair technically, XRP, which recently hit the level of $0.8945 (the 200MA level), broke the 50MA level downwards. The XRP, which broke the major uptrend as of January 22, experienced a pullback up to the level of 0.70 dollars, which correlates with our expectation. For XRP, where we have not yet received a reversal signal, short-term relief rises may occur. 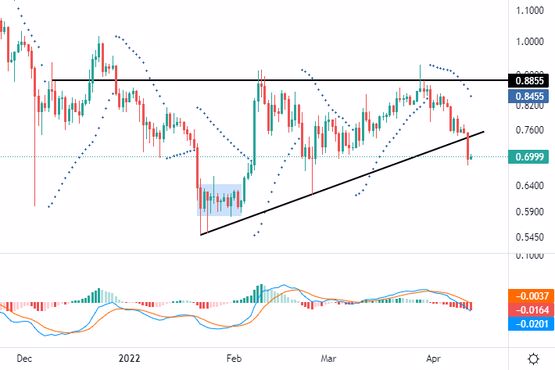 LTC gained a 0,60% value during morning hours and is priced around $102.9. When we consider the LTC/USDT pair technically, the rising channel, which has existed since March 14, was lost downwards last week. LTC started a downward price movement along with SAR and MACD sell signals. In LTC, where the horizontal price movement was dominant below the level of 114.7 dollars, the sales pressure decreased to the level of 100.4 dollars, which is our first support level. A clear reversal signal across the market is out of the question at this time. Slight rise/horizontal price movemen might follow in LTC. 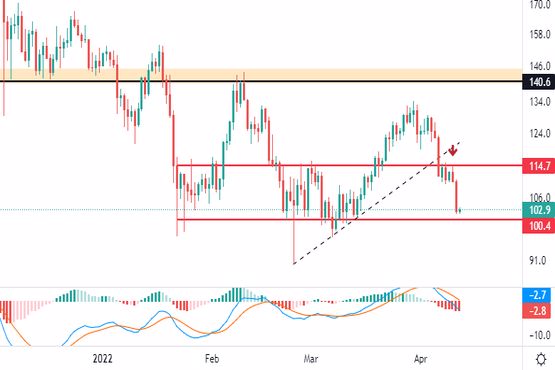 LINK gained a 0,75% value during morning hours and is priced around $13.85. When we consider the LINK/USDT pair technically, there is no major change in the outlook. As of May 26, 2021, the minor rising trend in LINK, which made a price movement within the existing horizontal channel, was lost downwards. In the daily chart, LINK broke the zone at $15,20-15,60 marked in red and the 50MA level. And it retreated towards $13. There is no clear reversal signal at LINK/USDT, which we expect to receive support from this area. 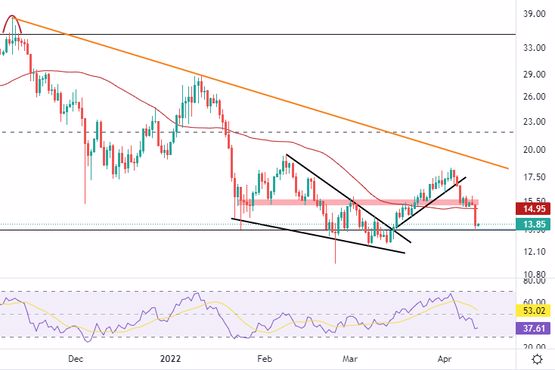 BAT gained a 1,70% value during morning hours and is priced around $0.6989. When we consider the BAT/USDT pair technically, BAT, which lost its rising trend as of February 24, retested this trend from below yesterday and could not make a breakout. In the 4-hour period, there may be short-term rises, positive divergence in RSI as of this morning occurred. 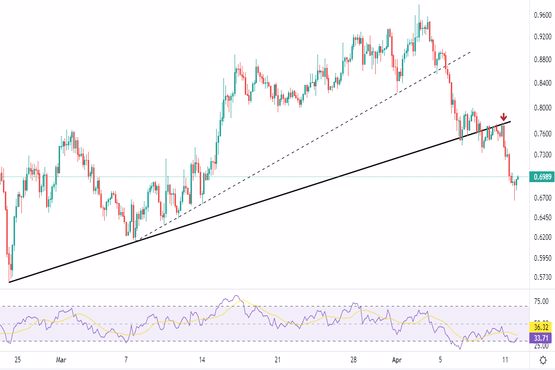