Choice Made in ApeCoin, To Stay On The Ethereum Network

According to a report by Deloitte, one of the world's largest auditing and consulting companies, 90% of businesses that accept cryptocurrency payments are increasing in revenue. Also from the perspective of tradesmen in America, business owners who accept digital assets as a unit of payment gain a significant advantage over their competitors.

Jamaica was the first country to take this step with the digital currency announced under the name Jam-Dex. According to the statement, the country's senate has given the Central Bank of Jamaica the authority to publish. Jam-Dex, which has been in the trial process since last August, will be available this month.

The Lithuanian government has announced the approval of the project to tighten regulations on crypto assets and ban anonymous accounts. With this result, anonymous wallets will be completely banned in Lithuania.

The Japanese government has approved planning for the country's preparation and expansion of Web3 as part of a project that includes crypto assets, metaverses and NFTs.

A First for Crypto in Florida

Achieva Credit Union will allow its customers to trade cryptocurrencies within their platform. Achieva, which previously allowed crypto asset trading on 3rd party apps, became the first credit cooperative in Florida to provide this to its client from its platform.

Having spent its 6th day at 30,000 levels, BTC continues to remain inactive. The uneasiness created by the data to be announced by the Fed in the evening, even many good news this week has not had a positive effect on the pricing of crypto assets. We are likely to see a volatile market tonight after inflation from the Fed.

Bitcoin is priced at $ 30,102 with a loss of 0.02% in the morning hours. When we look at the weekly chart, we see its rectangular formation. After showing that the 29,000 levels remain quite strong, a development that will positively affect the markets and risk appetite will allow Bitcoin to rise to 32,000 levels. 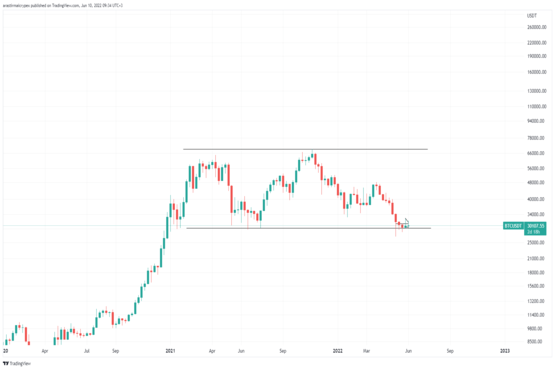 The uncertainty in the market caused ETH not to price in a very important news. Despite the successful success of the Ropsten test merger, one of the biggest tests of the ETH merge, which is expected to take place in August, ETH remains at the 1800 levels. The inflation data that will come in the evening will also affect the price of ETH considerably.

ETH, which gained 0.26% in the morning today, is priced at $ 1793. Ethereum is in a channel that has been falling for 4 hours and has been stuck in the middle-upper part of the channel for the last 2 days. We can expect that the jam will create movement in one direction. We can say that the critical levels for the upward movement are the 1950-2000 band, while the $1700 level is quite critical in the downside breakdown. 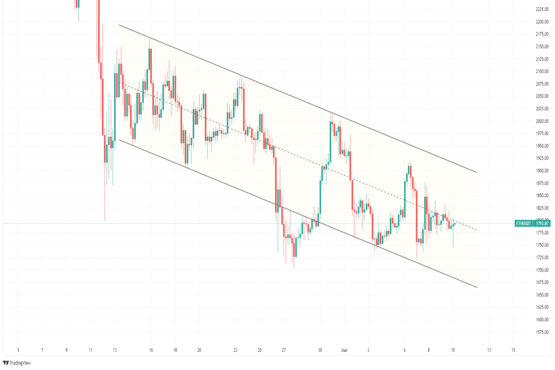 AVAX, which lost 1.02% of its value as of the morning hours, is priced at $ 24.65. On the 4-hour chart of AVAX, we can say that it is in a symmetrical triangle pattern, it is in the middle levels of this pattern, and the critical levels seem to be 26 on the upside and 23.50 on the downside. 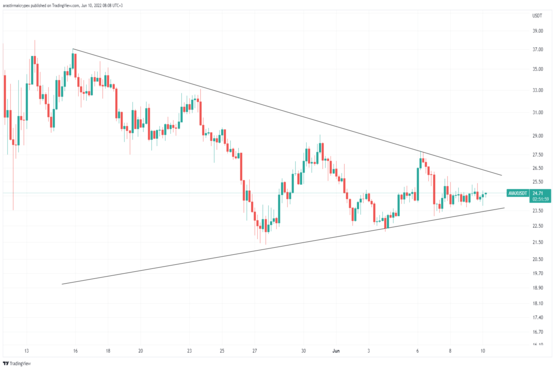 XRP, which gained 1.02% in the morning hours, is priced at $ 0.4044. When we examine the 4-hour chart, we see that XRP, which is in a falling channel, actually gives a strong image, but it does not move much with the compression in the market. Nevertheless, staying above 0.40 levels can be considered positive. 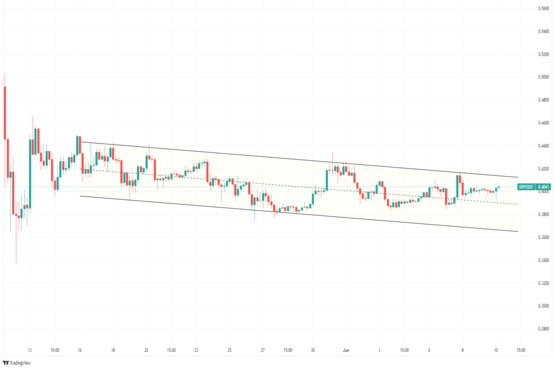 LTC is trading at $59.7, down 0.8% as of the morning hours. When we look at the 4-hour chart, we see a falling triangle pattern. We see that it broke the pattern to the downside and went down to the $58 levels. We can say that the 58.4 level is the last critical level on the downside. There is no serious support level for LTC up to the $50 levels afterwards. 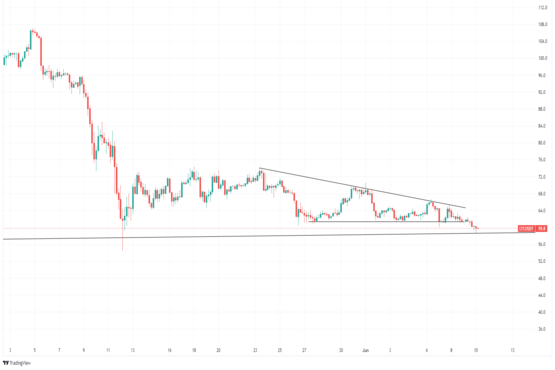 BAT is trading at $0.3964, up 0.4% as of the morning hours. When we look at the 4-hour chart, we see that it is in a falling channel and although it tries the upward breakdown many times, it returns into the channel without succeeding. Although it seems to be permanent above the 0.39 level, it needs to break the 0.4070 level for an upward movement. The BAT that is permanent at the top of the channel will try again to break the 0.401 level. 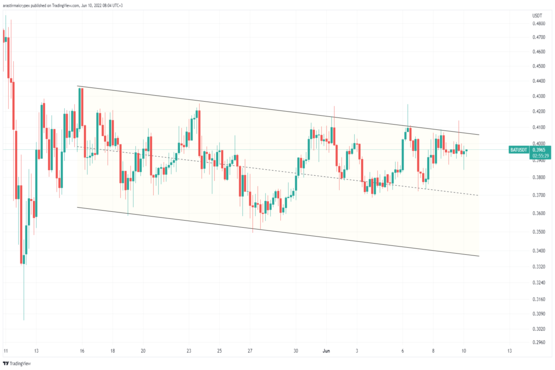