Deloitte believes that Bitcoin and cryptocurrencies can help deliver a fast, secure and efficient payment system and facilitate efficient cross-border transactions, but there are challenges that need to be overcome first. In the latest work, “government-sponsored cryptocurrency,” Deloitte has brought a new perspective to a central bank's digital currency by renewing the traditional fiat currency system and adapting Bitcoin's innovation.

ConsenSys, a leading Ethereum software company, announced an additional $450 million in D Series financing. This raises the company's total valuation to over $7 billion. According to a company press release, the fund will be used to help further expand the Ethereum ecosystem by hiring more than 600 new employees worldwide. New investors participating in this tour include Temasek, SoftBank Vision Fund 2, Microsoft, Anthos Capital, Sound Ventures and C Ventures.

Ethereum's Former Co-Founder Describes Solana as 'Unsustainable'
Lubin told the Financial Times that Solana pays disproportionate rewards to users who validate transactions on the network in relation to the proceeds from the transactions. That's why he believes Solana needs to find a more sustainable business model.

Ethereum Gas Fees Down to a 8-Month-Low

Ethereum prices have been falling steadily over the past few months. Part of this can also be explained by the latest bear trend, which saw the crypto market deceleration. In addition, as more competitors emerged, activity in the network began to stabilize. Therefore, the network congestion, which led to higher fees last year, has decreased.

Ethereum Successfully Merges to Proof of Stake on Testnet

The latest testnet, the Kiln, has reported that Ethereum investors are waiting. Ethereum successfully merged to the Proof of Stake on the testnet, according to a statement by the Ethereum developer.

Bitcoin lost a 0,40% value during morning hours and is priced around $39.166. When we consider BTC/USDT pair technically, after a horizontal market at the weekend, BTC increased with the support level yesterday. BTC could soar to the level of $41.700, but wiped out the morning gains. Before US Fed decision, investors benefited from this upward movement. The decision will make the market repositioned. Therefore, we expect high intraday volatility. If a daily close occurs above $40,140 (50MA level) it is expected that there will be pricing towards $45,000. 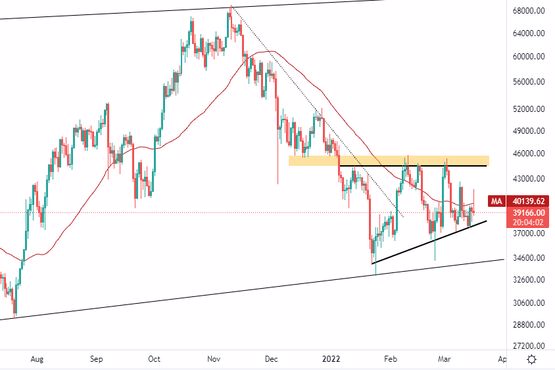 Ethereum lost a 0,15% value during morning hours and is priced around $2615. Ethereum prices have been falling steadily over the past few months. Part of this can also be explained by the latest bear trend, which saw the crypto market deceleration. In addition, as more competitors emerged, activity in the network began to stabilize. Therefore, the network congestion, which led to higher fees last year, has decreased.

When we consider ETH/USDT pair technically, ETH continues its price movement below the long-term downtrend on the daily chart. This morning it soared towards the downtrend. In ETH, which faced reaction from $2735, a volatile day is expected due to the interest decision. We expect pricing to continue within the descending triangle as long as the $2400 support is not broken downwards. 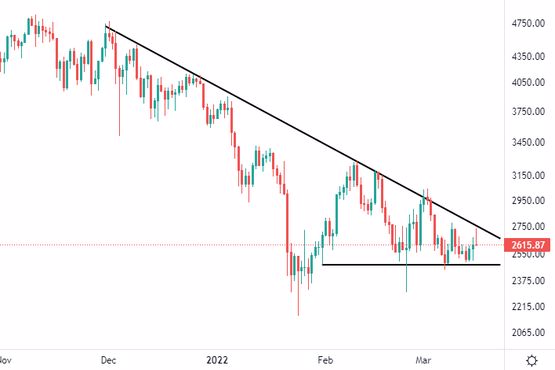 AVAX lost a 2,00% value during morning hours and is priced around $68.84. When we consider AVAX/USDT pair technically, AVAX had a stagnated price movement as of January but broke the downtrend on February 24 two days ago. In AVAX, which has been retesting the uptrend for 3 days, this morning it wiped out the gains and negative outlook appeared. Today will be volatile and the support level is $64.45 to be sustained. 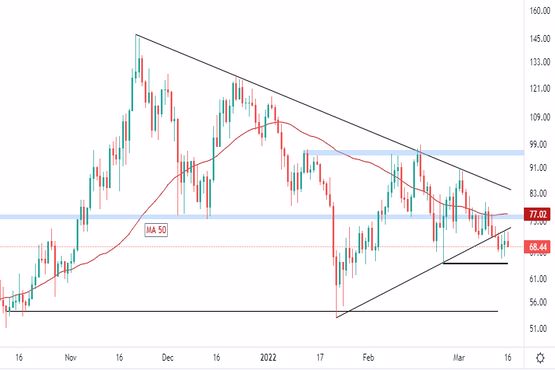 Ripple lost 0,60% value during morning hours and the current price is $0.7600. When we consider XRP/USDT pair technically, XRP, which broke the downward trend with the positive lawsuit decision on Friday, tested the downward trend again yesterday. As we mentioned in the daily newsletter yesterday, it will continue to rise towards the previous peak level as long as it sustains above the 50MA level. 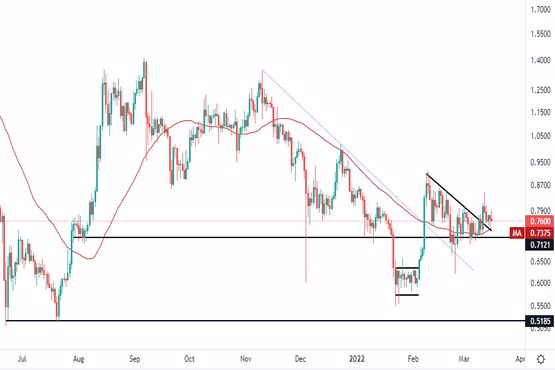 LTC lost a 0,40% value during morning hours and is priced around $106.8. When we consider LTC/USDT pair technically, LTC, which could not break the downtrend for a long time, successfully broke and surged towards $113.1 this morning. But LTC retreated again, when investors found this rise as a sales opportunity before the Fed meeting. If it holds onto the $104.9 level, it can sustain its positive movement. 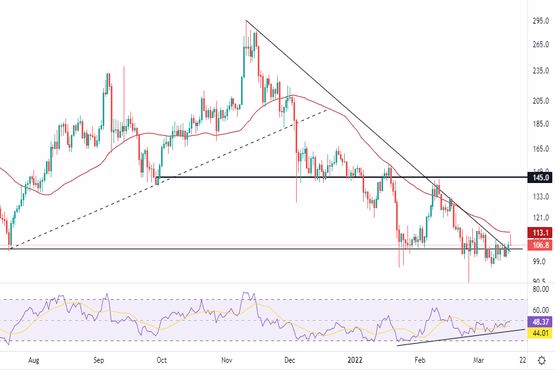 LINK gained a 0,30% value during morning hours and is priced around $13.81. When we consider the LINK/USDT pair technically, LINK has price action inside the horizontal channel as of May 26. The stagnated price movement dominates over LINK. LINK broke both the channel lower line and the stagnated zone upwards yesterday but saw only a short-term rise and is retesting the line. If the meeting does not arrive a negative conclusion, we expect rise to continue towards the zone marked in red. 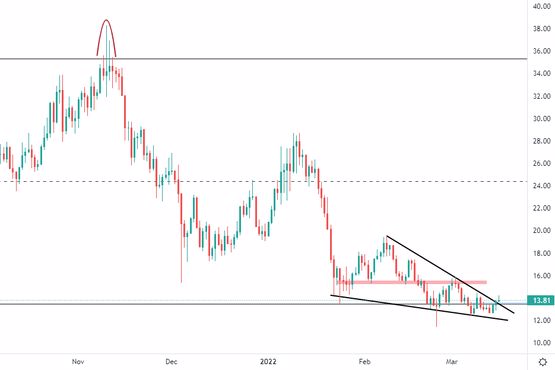 BAT gained a 3,40% value during morning hours and is priced around $0.8087. When we consider the BAT/USDT pair technically, BAT broke the downtrend on November 28 and closed the day above this level. BAT retested the trend when retreating this morning and has a positive pricing. As we mentioned earlier in the daily newsletter, a positive divergence had occurred on the daily chart. Reaching the price target, BAT increased with positive news flow. And it broke the level of $0.7686 (50MA level) upwards. Although we expect a slight retracement today, the pivot point to be followed is the 50MA level. 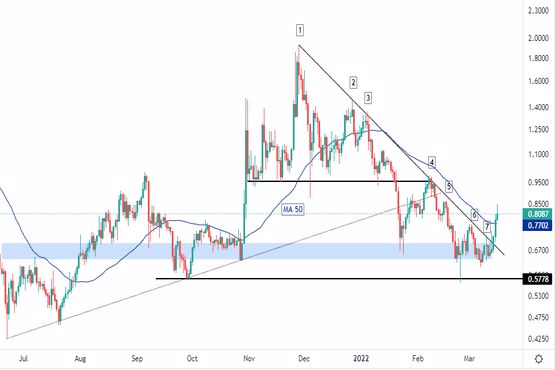