Congress approved the Biden administration's bill aimed at improving infrastructure, combating climate change and supporting social services. The $1.2 trillion infrastructure bill, which also expands the definition of an intermediary, will be submitted for the signature of US president Joe Biden after the 228-to-206 vote marked on Friday.

Real-world use is one of the main adaptation factors for Bitcoin, as well as for every cryptocurrency ecosystem. In the next seven days, the Bitcoin protocol, aimed at improving the privacy, efficiency, and capacity of the network smart contracts by Taproot is going to have a bifurcation.

According to the official press release, Bakkt Holdings will provide users and their partners with a service for buying, selling and holding Ethereum.

Square Inc. reported a Bitcoin revenue of $1.82 billion in the third quarter, up 11% from the same period last year. Bitcoin gross profit stands at $42 million, up 29% year-on-year over the period.

Cryptocurrencies are continuing to gain traction as a payment option by businesses and governments alike. Recently, Deputy Luizão Goulart of Brazil proposed a bill to allow paid public and private sector workers in Bitcoin. If adopted, this would be the largest national movement supporting the adoption of digital assets since El Salvador's legal tender law.

Bitcoin gained a 2,98% value during morning hours; the current price is $65.222. Real-world use is one of the main adaptation factors for Bitcoin and every cryptocurrency ecosystem. In the next seven days, the Bitcoin protocol, aimed at improving the privacy, efficiency, and capacity of the network smart contracts by Taproot, is going to have a bifurcation.

When we consider the BTC/USDT pair technically, Bitcoin continues to move within the ascending channel that exists as of July 20. BTC, which found support at $60.236 (Fibo'78,60), the middle band of the channel, surged on. BTC broke the resistance level of $64.000; our short-term price target is the former peak level, $67.000 if it closes the day above this level. Our medium-term price target is $75.000, which corresponds to the upper band of the channel. 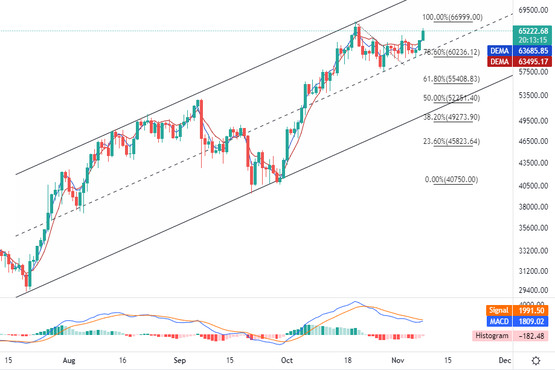 Ethereum gained a 2,33% value during morning hours, and the current price is $4.726. According to the official press release made by an American cryptocurrency exchange used by institutional investors, the institution will offer users and their partners the service of buying, selling and holding Ethereum.

When we consider the ETH/USDT pair technically, ETH, which is priced around the uptrend for a month, broke the $4.666 upwards and reached the new peak level. We think that the rises will continue towards the $6.000 level for ETH, which has a cup-and-handle pattern in the weekly chart. ETH has already started to explore. As we mentioned in the daily bulletin last week, our short-term price target for ETH is $4.950. 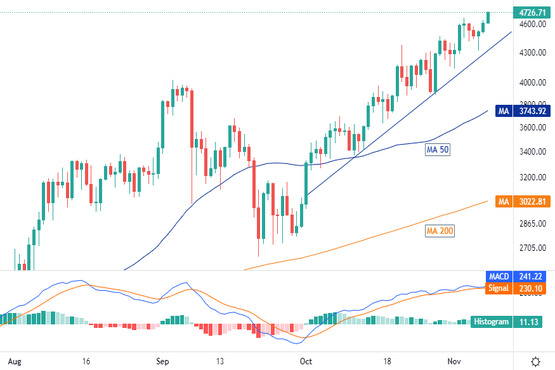 AVAX gained a 2,26% value during morning hours, and the current price is $89,48. When we consider the AVAX/USDT pair technically, AVAX broke the compression zone above the transaction volume and went up to $71.50. AVAX had already reached our short-term price target of 79.80 last week. The rise towards $97.80 may continue in the following days. AVAX is on exploring. 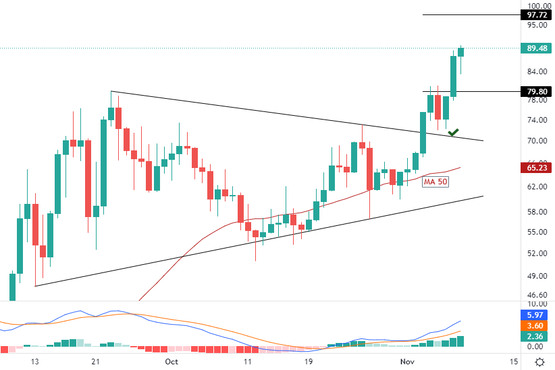 Ripple gained a 2,84% value during morning hours, and the current price is $1,2542. When we consider the XRP/USDT pair technically, XRP, which broke the downtrend that existed as of October 10, retested this trend successfully on Saturday. XRP has risen after the support at its trend, and MACD continues to give a buy signal in the daily chart. We expect the rises for XRP to continue towards our short-term price target of $1.41. 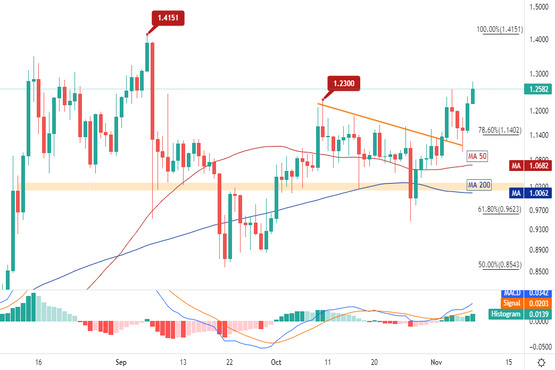 LTC gained a 1,78% value during morning hours, and the current price is $205,8. When we consider the LTC/USDT pair technically, LTC, which moves in the ascending channel as of September 29, has a cup-and-handle pattern in the daily chart. LTC closed the day above $195,7 (Fibo'78,60) after the pullbacks towards the lower band Saturday. Along with the support, LTC surged towards $207. If LTC breaks the resistance level of $207 and holds onto it in the daily chart, it can rise to $242, the formation target and upper band level. 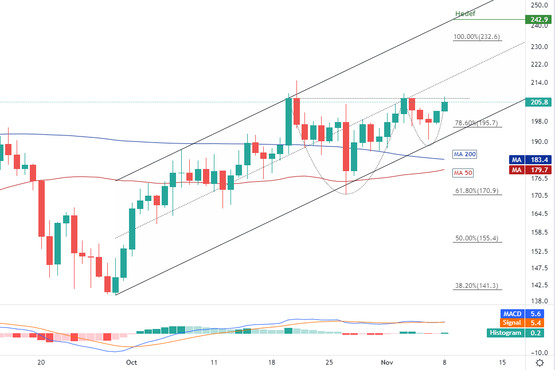 LINK gained a 2,91% value during morning hours, and the current price is $33,22. When we consider the LINK/USDT pair technically, LINK, which moves in the ascending channel as of September 21, holds onto the middle band in the daily chart. LINK rose along with the support at $32.30 (middle band) as the candlestick opened. In our opinion, it can go up the $36.33 level, previous peak level and upper band. 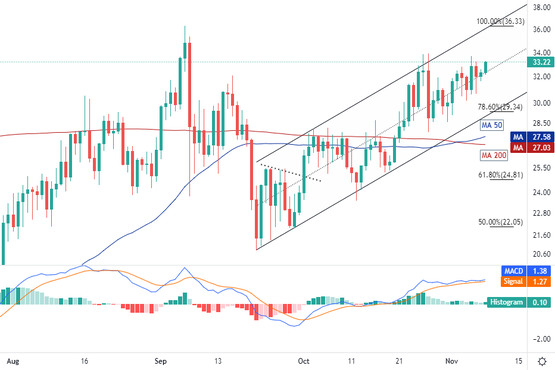 BAT lost a 1,05% value during morning hours, and the current price is $0,9848. When we consider BAT/USDT pair technically, BAT has occurred a stagnated price movement between the zones of Fibo'50 ($0,9629) and Fibo'61,80 ($1,0637), after the sharp price moment. In the daily chart, MACD gives a sell signal, but there is a peak formation. The breakout of the stagnated price movement will determine the direction of the trend. 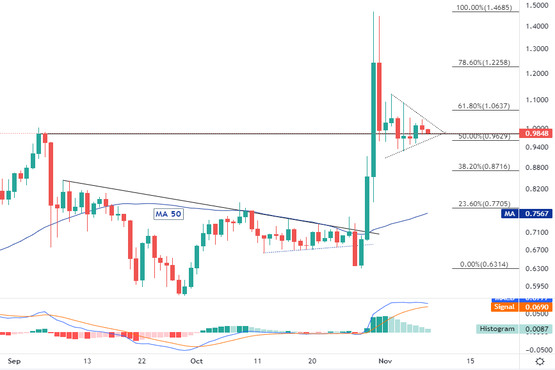