In the Russian Parliament, in May and June, the project of making foreign payments of the country using crypto assets was discussed quite often. In Russia, which shows a warm approach to crypto assets, it is said that Gazprom, one of the largest companies in the country and one of the companies that cause the most carbon emissions in the world, will invest in mining. The company said it is working to do mining using flammable gas, which they want to reduce carbon emissions.

3AC Will Get Consulting!

3AC, which was announced to have sunk from most sources, was the No. 1 agenda item of last week. It was said that the company that was about to go bankrupt had liquidity in many crypto exchanges and was heavily indebted to several exchanges. In the latest statement, 3AC officials stated that they will receive consultancy on this issue and that they still believe in Bitcoin.

Bitcoin, which experienced a significant decline, fell to 17,000 levels last weekend. BTC, which showed a steady decline after 60,000 levels, fell to 28,000 levels after the Luna crisis and to 20,000 levels in the 3-week period that followed. During this decline, a historical record was broken in BTC on June 13. BTC investors realized the biggest loss in history, according to Glassnode investors. According to the data, BTC investors realized a total loss of $ 4.23 billion that day. While this gives rise to the idea that the price will fall considerably, it also creates a prediction of an increase due to whale movements.

As it is known, the Central African Republic is in the process of becoming a crypto center with the fact that it is the 2nd country to accept crypto as legal money. A number of BTC investors also traveled to the country at the invitation of the President of the Central African Republic, Faustin-Archange Touadéra. The meeting was conducted to improve issues such as mining facilities and Internet access.

An American citizen and Dogecoin investor who depicted Elon Musk and his SpaceX and Tesla companies as a pyramid of evil has taken Elon Musk to court. Although the coin fell slightly more than the falling market after the news, Musk stated that he continued to buy and experienced a 10% increase.

In addition to the selling pressure on risky assets, the wounds have not yet been fully healed in this period when the cryptocurrency market has priced its own dynamics negatively. In this environment where companies such as Three Arrows Capital and Celcius cause fears, other companies are explaining the actions they have taken in order to protect themselves from the recent volatility and decline. 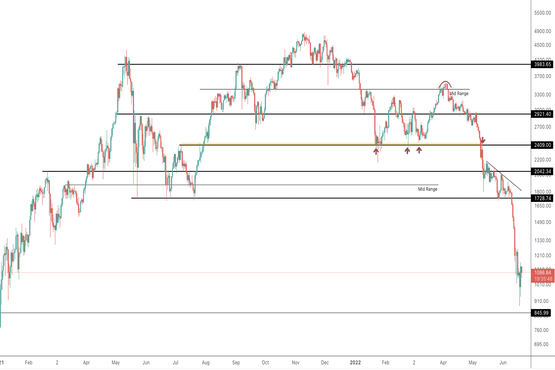 In ETH, which is at the center of recent negative pricing, this negative divergence seems to have ended over the past few days. ETH, which increased above the average compared to the market yesterday, seems to have bought back the entire sharp decline on Saturday.

Today, ETH, which lost 4.80% of its value in the morning hours, is priced at $ 1086. As we mentioned in the daily bulletin on Friday, ETH, which we expect to retreat to $ 800 levels, is seen in the price movement above $ 1000 again with the sharp decline experienced on Saturday with the sharp decline in this region. We cannot say that the rises are permanent for ETH, where there is no clear turn signal in the daily period. 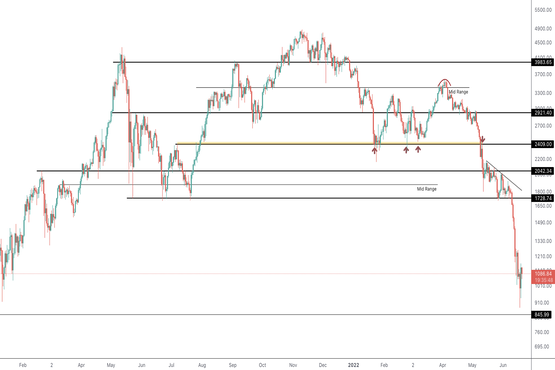 AVAX, which has lost 2.66% of its value as of the morning hours, is priced at $ 15.71. AVAX, which provides persistence above the important support level of $ 14.69 in the weekly and daily period, confirmed a positive divergence in the RSI with the close of the daily period yesterday. However, if a positive trend is seen in the US, an upward short-term momentum can be expected. 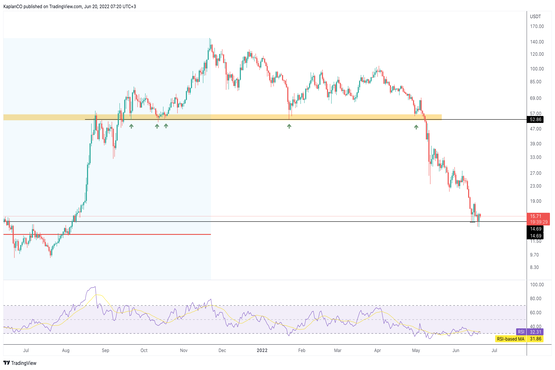 XRP, which lost 2.90% of its value in the morning, is priced at $ 0.3174. For XRP, which, when checked on the weekly chart, made the weekly close above the support level of $0.3135 - $0.3288, the loss of this zone could cause selling pressure to increase. In this period, where we need to control the price movements in the majors while investing in altcoins, although there is no return signal in the daily and weekly periods for XRP, the pullbacks towards the lowest level of the last week are the price levels where the risk-earnings ratio can be adjusted in the best way. 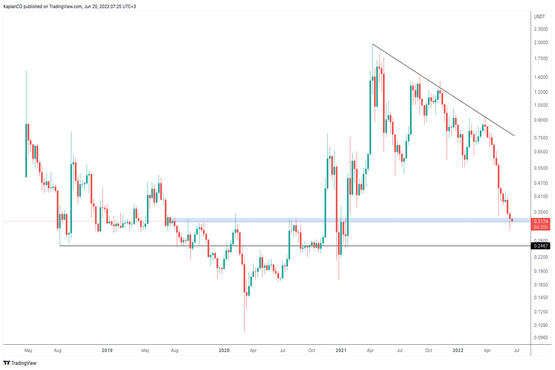 LTC is trading at $52.80, down 3.30% as of the morning hours. In Litecoin, which has experienced a sharp decline with the negative news flow, we see that the critical level is the $ 40 level and this level has been tested many times. For LTC, which rose sharply yesterday with above-average trading volume, this morning there is a pullback movement, which is the reaction of this rise. For LTC, where we expect a pullback to the $47.50 level, as long as this level is not lost, the relief rise of the recent sharp decline may come. 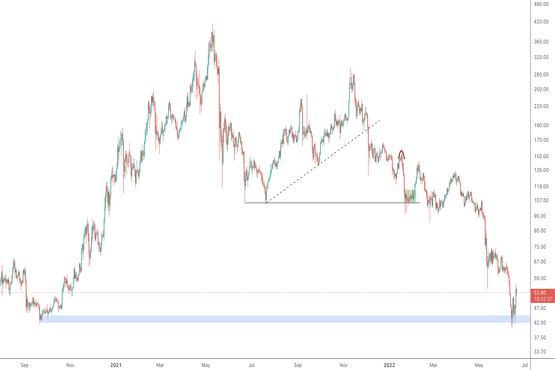 LINK is pricing in at $6.45, down 2.27% today. LINK continues its price movement within the descending channel in the daily period. LINK, which has found support from the channel subband several times in the past week, has a double bottom formation in the daily period. A daily close above 7.40 should be made for this formation, which has not yet been approved.

BAT is trading at $0.3520, up 3.59% as of morning hours. When we examine the daily period, if the BAT/USDT parity, which has risen after the positive divergence seen in the RSI in the past days, is maintained above $ 0.36, rises towards the level of $ 0.44, which corresponds to the resistance zone marked with blue on the chart, can be seen. 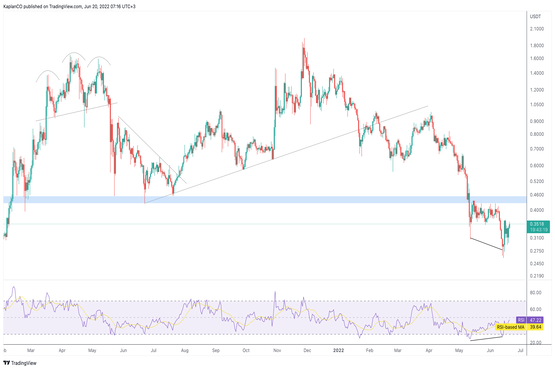