Two bills submitted by US House of Representatives member Darren Soto have parliamentary approval. It is stated that these two laws, namely the Digital Taxonomy Law and Blockchain Innovation Law, are in preparation for a more comprehensive law.

The project Swipe, which provides the cryptocurrency payment card service, collaborated with Visa and the DeFi-based credit card can now be used. The card named LendFi Visa Card will use the infrastructure of major DeFi protocols such as Compound and will be supported by LendFi application. LendFi, which will be used as a virtual card first, will then be available for physical use and will provide a 4% refund for all purchases.

Ethereum 2.0 developers Pyrsmatic Labs announced that the Spadina test failed for risky actions such as depositing and creating the genesis block. He stated that a new testnet called Zinken will be created and the trials will be restarted towards the end of next week.

According to CryptoQuant data, exchanges' BTC reserves are decreasing. While there are 2.4 million BTC worth a total of $ 25 billion on stock exchanges, there were 2.8 million BTC worth $ 30 billion in October 2019. The reduction in reserves may indicate that individual investors and whales are in a cluster.

SP500 had a positive session yesterday which affected Bitcoin prices positively but the uncertainty from the new stimulus package continues. USA Secretary of Treasury Steven Mnuchin had a meeting with Pelosi about the pre-announced 2,2 trillion dollars stimulus package and he considered it as hopeful but he added that the deal is not done yet.

Technically, there’s no major change in BTC/USD parity since yesterday. Nonetheless, the congestion zone is still active and it can be a precursor of more volatile breakouts for the next days. The upward movements can be mentioned if the technical side can combine to the positive fundamental news. Also, 10,800-11,200 $ seem like the main resistance levels while BTC movement is narrowing down. Moreover, the Bitcoin futures (XBT) was behind the last top on its last uptrend. The outlook doesn’t seem that BTC is in a preparation for a powerful uptrend. The expectations of positive news are continuing. 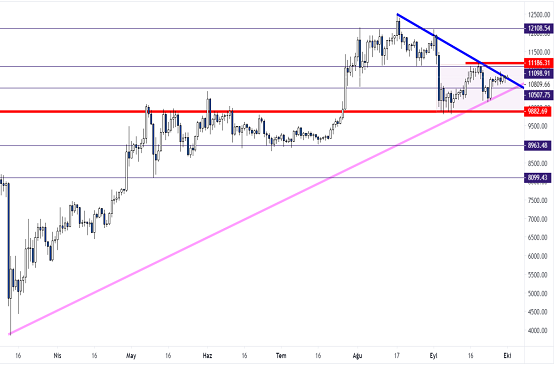 The separation of positive returns from Bitcoin is continuing while Ethereum prices gained 2% this morning. Ethereum Foundation announced that the Spadina testnet failed the previous day but they’ll make a new testnet called Zinken and the new trials will start next week. There are still expectations that ETH 2.0 will be completed until the end of the year but there’s no effect on ETH prices yet. Furthermore, in the Ethereum network the ETH demand is increasing thanks to the rising popularity of DeFi protocols.

Technically, ETHUSD parity is moving between 350-368 $ in a narrow range while on the wide range it can be seen that ETH prices are bounded by 312-395 $ levels. There’s a secondary downtrend inside the major uptrend which averted the breakout of 370 $ and the retracements are making the bulls demanding positive corrections. That’s why it would be beneficial to follow the support levels below. Our horizontal strategy is ongoing between 348-363 $ levels. The technical outlook is positive regarding the continuing uptrend of ETHUSD. 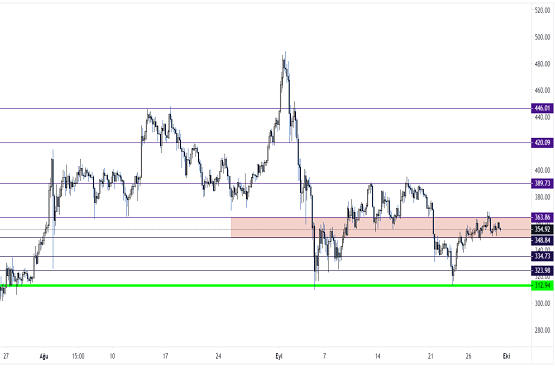 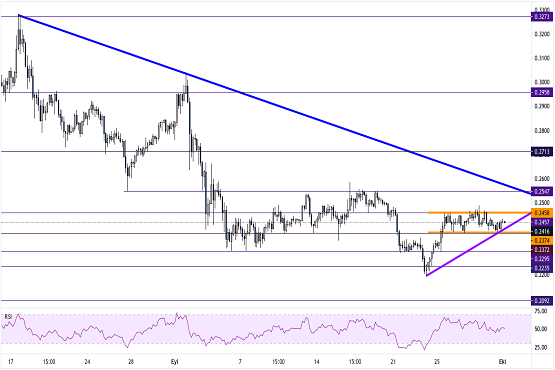 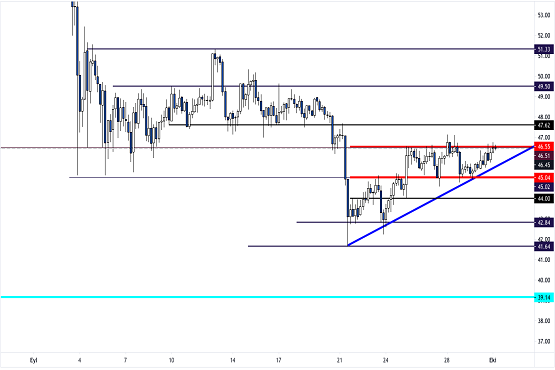