Digital assets were also mentioned in the New Economy Program announced by the Minister of Treasury and Finance. Albayrak stated that they foresee the taxation of digital assets and that they will speed up their work.

Chainlink Opens Its Network to DeFi

Off shift, the DeFi protocol that provides cryptography-based cross-border storage services, announced that they have made an agreement with Chainlink. According to the agreement, Chainlink will open its infrastructure to Offshift and provide on-chain price flows to the Offshift testnet.

Crypto markets turned negative with news from an exchange. A derivatives crypto exchange sued by CFTC of USA due to the failing AML & KYC protocols and for being an unregistered trade platform. With the effect of the news, Bitcoin fell from 10,800 to 10,400 $ levels. Also, it’s announced that president Trump became COVID-19 positive and it negatively affected primarily USA futures and also crypto markets.

Considering BTC/USD technically, in addition to yesterday’s outlook, the downtrend is still active which starts from the top level of 12,500 $ and seen on the 17th of August.  While the major trend is the pink-colored trend line which started in March. Moreover, the congestion between these two areas is continuing. If 10,200 $ levels won’t have a negative breakout it can hold onto the major trend. Otherwise, there can be expectations of filling the gap between the 9,600-9,800 $ area, which occurred on futures and it can lead to an increase in selling pressure. 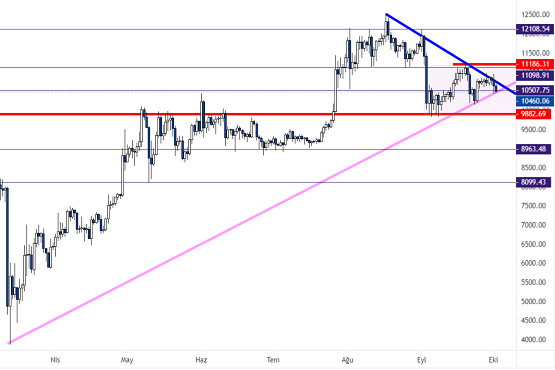 Ethereum prices started the day with a 4% loss this morning. News that came from a crypto exchange and Trump affected the market negatively. Also, SingularityNET’s announcement of moving away from the Ethereum network and the delay of the 2.0 updates are considered as other factors that caused a selling pressure on Ethereum.

Technically, ETH/USD had a downward breakout from yesterday’s zone of 350-368$ and it can be seen that Ethereum is moving to the lower support levels. Last week’s bottom level 313 $ looks like it’ll be tested again. The fallbacks are considered positive by long-term investors since they evaluate Ethereum in the mid to long term. In the current situation, the major trend is passing over the 314 $ level. 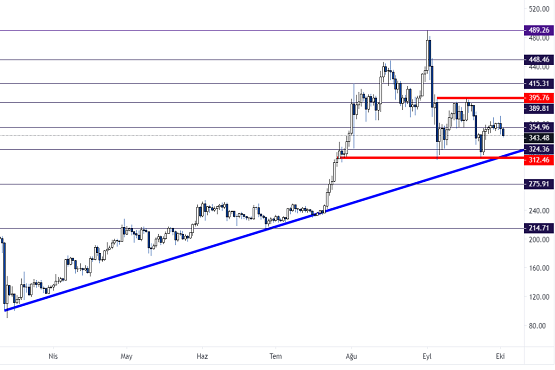 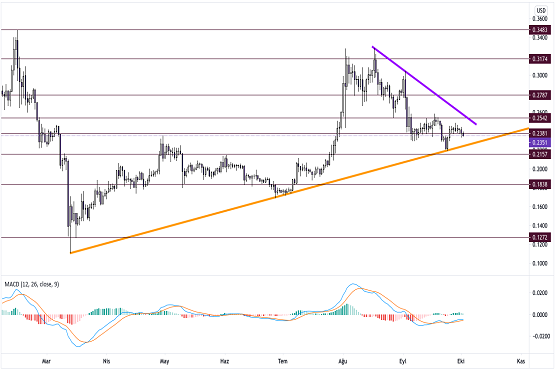 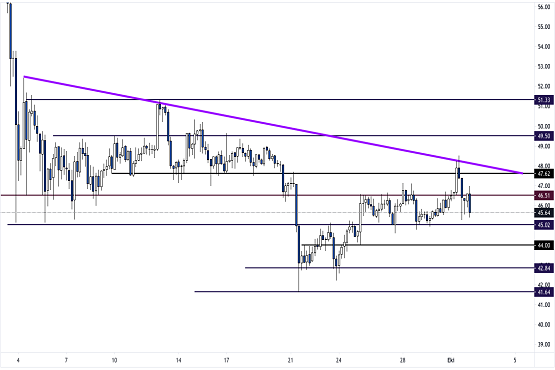