PayPal Starts Selling Bitcoin
Circle CEO Jeremy Allaire announced last week that he purchased Bitcoin (BTC) via PayPal, announcing that it will support cryptocurrency transactions. PayPal users will be able to purchase cryptocurrencies such as BTC, ETH directly from the application. However, PayPal will not allow these cryptocurrencies to be transferred to another wallet in the initial phase.

While Bitcoin surpasses traditional financial instruments with its recent gains, the holding of global indices in terms of price stability even in hard-selling seasons reinforced the confidence in BTC. The situation before the US elections on November 3 shows that the result is Biden but the market expectation is that the election results will be prolonged and the uncertainty will continue for a while. Bitcoin's entering among safe ports can help keep the demand in this direction alive. The fact that Bitcoin futures increased in volume to an 8-month high also supports this argument.

When we consider BTC / USD technically, the effort to break the 13,400 resistance continues. The last touch of $ 13,900 was also tried on June 24, 2019, but failed to break up. Therefore, while this is a very difficult level, the flag formation continues in BTC / USD. Continuing the last 4 weeks with gain, BTC / USD follows horizontal movements in this region, while supports and resistances are becoming more important according to the horizontal trading strategy. As long as it holds above $ 13,400, further upward attempts can be expected. 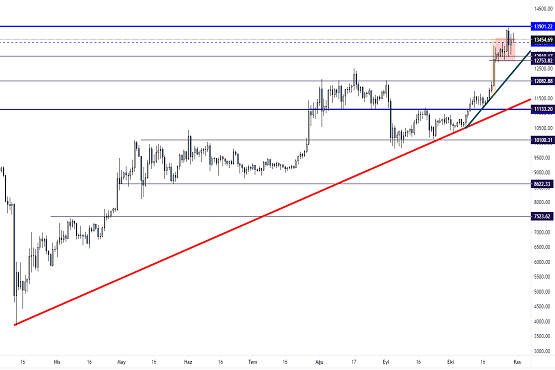 Expectations for Ethereum have increased after the smart contract auditing company Quantstamp announced that Ethereum 2.0 is almost ready to be released, while the price is not the same. The biggest reason for this is the uncertainties brought by the upcoming 3 November US elections and the backwardness of the tokens in the DeFi protocol. The money in the Defi market, which was $ 12.4 billion last week, has finally dropped to $ 11.1 billion. Increasing the market dominance of Bitcoin also left ETH in the background in terms of return. However, the increase in the earnings of BTC miners can bring ETH to the forefront on days when risk appetite is intense.

When we consider ETH / USD technically, in addition to the upward channel that has been formed since the end of September, its weak movements in the recent period caused a minor descending channel to form within this upward channel. The $ 372-374 range is a key major support point. For this reason, it may be beneficial to go cautiously and apply a stop-loss strategy according to your margin, since there are still two descending trends in case of a reaction. The view is poor in the morning. 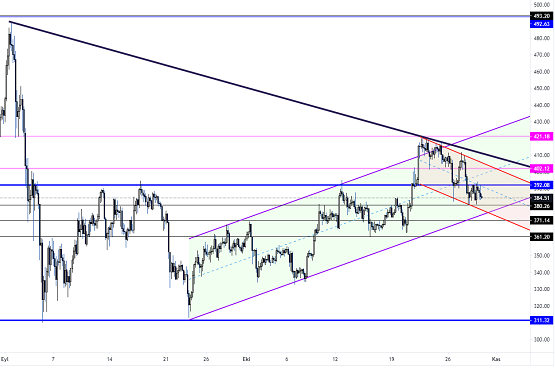 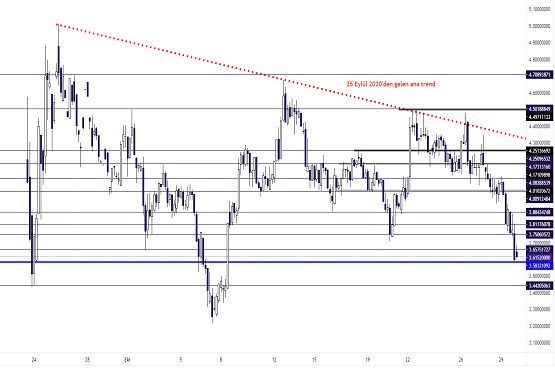 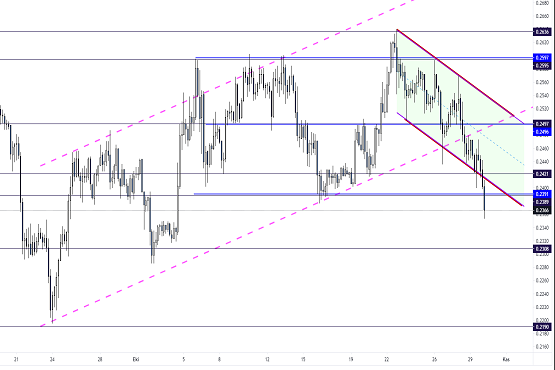