According to the report published in the Cuban official newspaper, the license to be granted by the Central Bank of Cuba (BCC) for digital asset service providers will be offered to real or legal persons who are both Cuban and foreign. The BCC said that the licenses approved would be valid for one year and could be extended for a second year "given the experimental and new nature of such activities".

Despite all the pressures on cryptocurrencies, it continues to be adopted more and more around the world. A Bitcoin ATM was set up in the Senate building in Mexico City with the support of multiple legislators among members of parliament.

Liquidation in cryptocurrencies came when the Nasdaq technology stock index closed at the lowest level since late 2020. $142 million was liquidated in BTC and $143 million in ETH.

A fitness company plans to achieve this with a mobile blockchain game that allows players to run in real life to complete tasks and other challenges to encourage individuals to burn calories by offering them the chance to earn cryptocurrencies. All the players need is a smartphone and running shoes.

21Shares, an important issuer of products traded on the cryptocurrency exchange, is launching a new ETP that monitors the BTC and gold blend to ensure inflation protection in collaboration with ByteTree. The new BOLD ETP accounted for 18.5% of the BTC and 81.5% of the gold during the launch.

Sky Mavis, the creator of Axie Infinity and Ronin's side chain, said in a report that they assessed their safety on all fronts. "Our goal is to be a completely unbreakable, zero-confidence organization. Zero trust is a framework that assumes that Sky Mavis is conscious of any risks arising from external and internal threats," they said.

BTC as a legal currency and to ensure that it is used and taxed in regular trade. When we consider the BTC/USDT pair technically, it continues its price movement within the existing ascending channel as of January 24. Bitcoin, which could rise above the 50-day moving average ($42,100) last week, is trying to find support in the channel lower line, which has not been able to maintain permanence here. As of yesterday's daily close, $43,000 can be targeted as long as the support in the channel lower line is maintained for BTC, which also received positive divergence approval. Pullbacks up to $36,000 may occur if the channel loses its support. 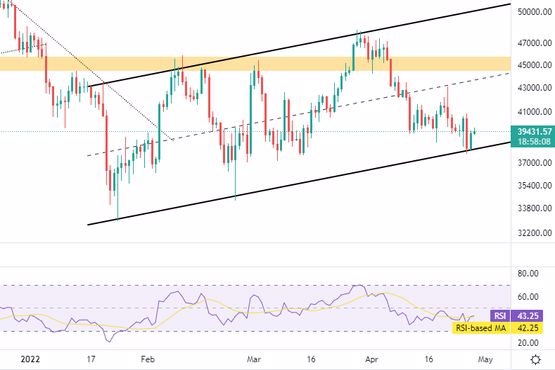 Ethereum gained a 0,13% value during morning hours and is priced around $2892. Liquidation in cryptocurrencies came when the Nasdaq technology stock index closed at the lowest level since late 2020. $142 million was liquidated in BTC and $143 million in ETH. 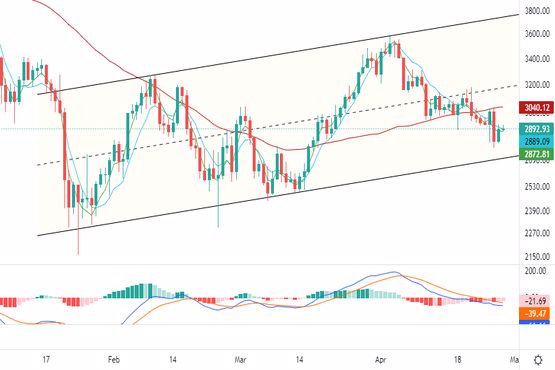 AVAX lost a 0,50% value during morning hours and is priced around $69.72. The pullback dominates over AVAX, which has broken the strong uptrend it has tested many times before. When we consider the technical metrics, although there is a recovery in the short term, there is no reversal signal in daily metrics. If the downward price movement continues, the level of $64.45 is read as the first level of support. 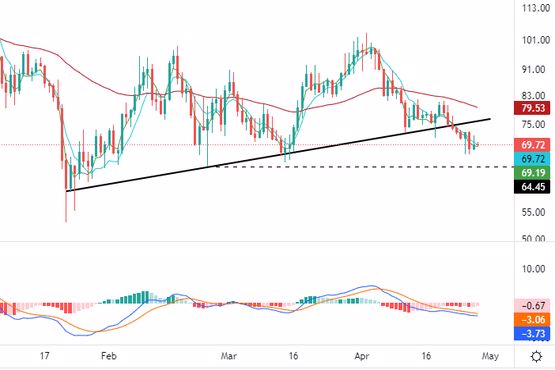 Ripple lost a 0,50% value during morning hours and is priced around $0.650. When we consider the XRP/USDT pair technically, in XRP, which continues its price movement within the existing horizontal channel as of February, the channel lower line has recently broken downwards and there has been a pullback up to the previous supply-demand zone of 0.64-0.58 dollars. In XRP, which finds demand from these levels, short-term rises can support rises towards the channel lower line. 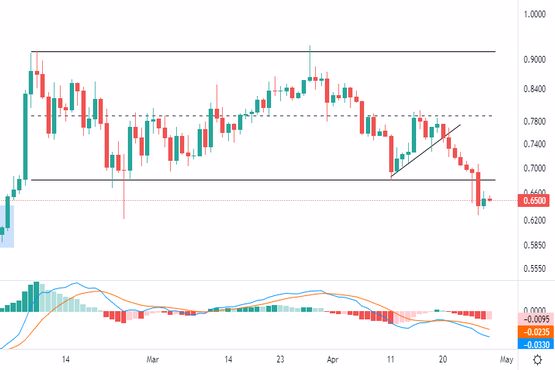 LTC gained a 0,30% value during morning hours and is priced around $100.3. When we consider the LTC/USDT pair technically, there is no major change in the outlook. The LTC, which has a constant reaction from $114.7 in the short term, has recently experienced a pullback to $97.6, a strong level of support that it has tested 5 times before. Although positive pricing is seen in LTC, which has received support from this zone, it can be read as the response increase to yesterday's sharp decline in parallel with the market. When we look at the volume-price relationship, the rises for LTC, which we see that it has not yet found strong support, may be limited to $102. 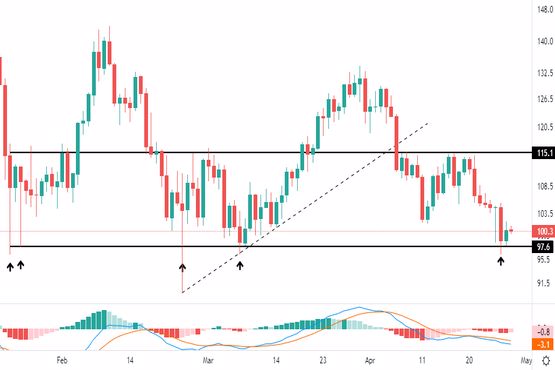 LINK gained a 1,20% value during morning hours and is priced around $12.62. In LINK, which has made a price movement within the horizontal channel for about 1 year, this horizontal channel has recently been lost downwards. LINK, which still underperforms the downtrend as of November 10th, appers to have found support from a zone close to its previous local dip levels. For LINK, which is likely to experience short-term increases to the first significant resistance level of $13.50, sales pressure will disappear if this level is broken upwards. 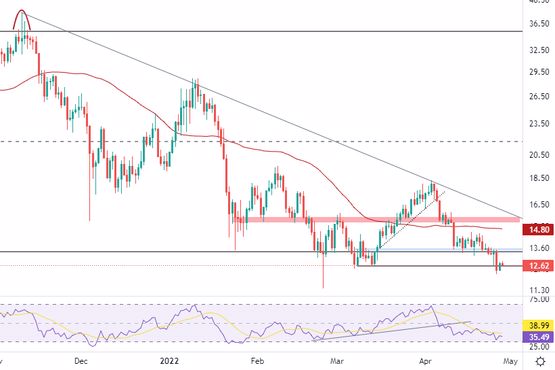 BAT lost a 1,10% value during morning hours, and is priced around $0.6630. When we consider the BAT/USDT parity technically, the price movement continues within the horizontal channel that existed as of March 14th. BAT, which has been tested many times before and works as a support and pullbacks to the demand zone marked in blue, appears to have found support when retresting. Although there is no reversal signals in the daily metrics, we think that there is a level of support that will trigger the purchasing appetite of investors since there are levels to be established with a high gain/loss ratio. 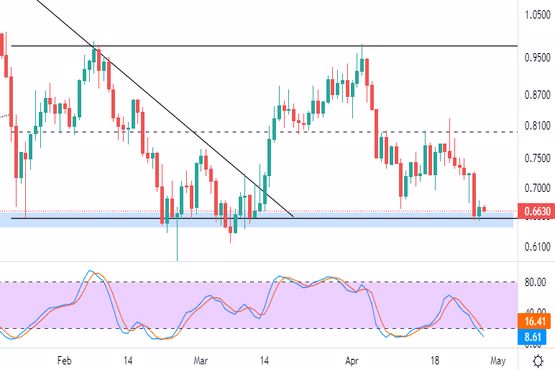