Football player David Beckham was the last to step into the world of NFT and Metaverse on April 19 with 3 trademark applications to the United States Patent and Trademark Office.

The Sandbox announced new partnerships for Mega City 2, which was founded yesterday with its vision of a cultural hub in the Hong Kong metaverse, in a statement on Twitter. One of them was Standard Chartered, Britain's fifth largest bank.

Rumors had arisen that MicroStrategy had sold its Bitcoin stash after a Bitcoin whale described as “1P5ZED” claimed to be MicroStrategy CEO Michael Saylor. In a statement on Twitter, Saylor denied the allegations.

This weekend, the rate of hash, the processing power that confirms transactions and secures the Bitcoin network, reached 271.19 exahash, 733.197 blocks high, on Saturday 23 April. Bitcoin difficulty is expected to increase by 3.21% as the Hash ratio is operating at such high speeds.

Elon Musk, CEO of Tesla, recently announced that he wants to buy Twitter by offering $54.20 per share. Last night, as the market closed, Elon Musk bought Twitter for $44 billion.

Bitcoin lost a 1,13% value during morning hours and is priced around $40.579. Rumors had arisen that MicroStrategy had sold its Bitcoin stash after a Bitcoin whale described as “1P5ZED” claimed to be MicroStrategy CEO Michael Saylor. In a statement on Twitter, Saylor denied the allegations.

When we consider the BTC/USDT pair technically, the price movement within the ascending channel existed as of January 24th ended. However, BTC broke the line downward and started to price again within the channel yesterday, following the USA index fluctuations. When the 7-day DEMA intersects with the 14-day DEMA, we expect the rise to continue unless the lower line breaks downwards again in BTC. There's a buy signal with the intersection. 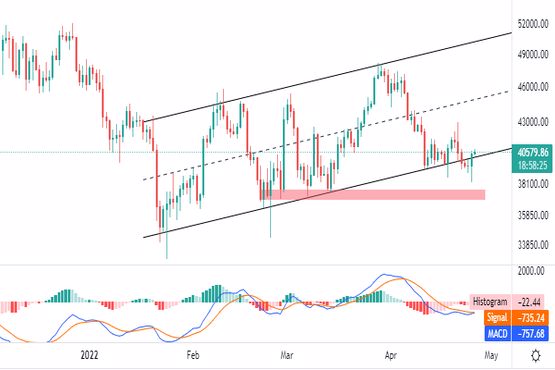 Ethereum lost a 2,64% value during morning hours and is priced around $3007. When we consider the ETH/USDT pair technically, the price movement occurs below the 50DMA. As of yesterday's daily close, it is expected that the upwards price movement will continue. We expect momentum to move the price up faster with the breakout of the $3048 level (50DMA). 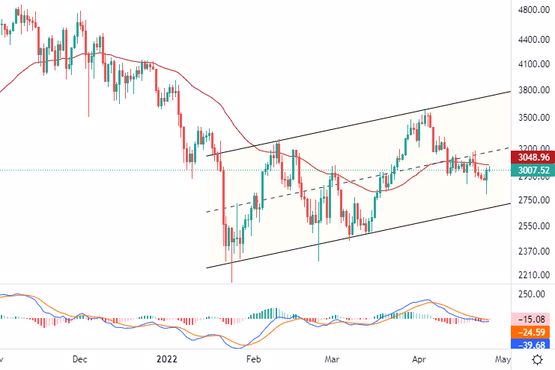 AVAX lost a 2% value during morning hours and is priced around $72.31. When we consider the AVAX/USDT pair technically, AVAX has lost the strong uptrend and wiped out the intraday losses. For AVAX, which also shows a recovery in MACD in the daily chart, we expect the short-term increase to continue in parallel with the market. $75.76 might follow as the first level of resistance. 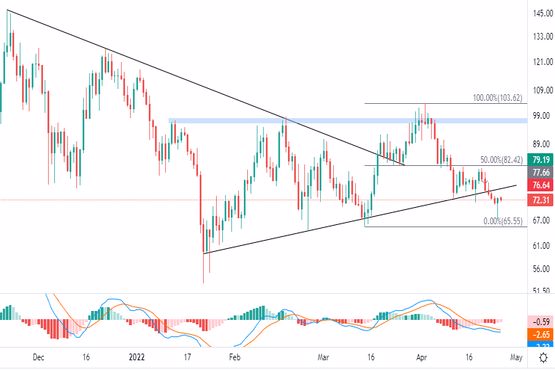 Ripple lost a 4,53% value during morning hours and is priced around $0.6987. When we consider the XRP/USDT parity technically, the price movement continues within the horizontal channel that existed as of February. XRP, which broke the channel lower line yesterday, the price movement towards the level of 0.80 dollars might follow as long as the channel lower line is not broken otherwise. 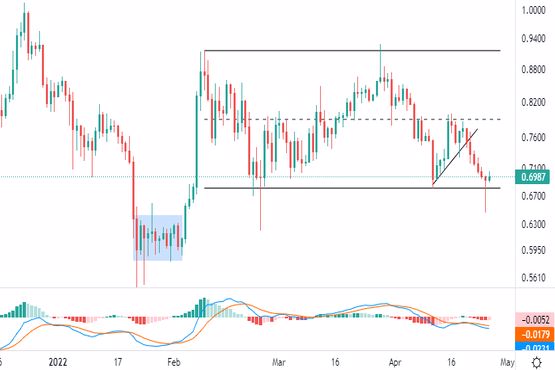 LTC lost a 3,60% value during morning hours and is priced around $104.7. When we consider the LTC/USDT pair technically, LTC had seen a consistent reaction from $114 and retreated to $100.4 (support zone). In LTC, which tested this zone yesterday, all intraday losses were wiped out with the positive reaction in parallel with the market. If the momentum continues today, we can see price attacks towards $114.7 again in LTC. 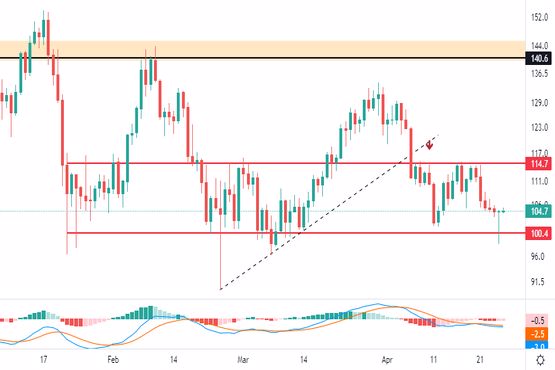 LINK gained a 2,55% value during morning hours and is priced around $13.35. LINK, which has been continuing its price movement within the horizontal channel since May 25, 2021, experiences price movement below the channel lower line for the last few days. LINK, which retreated to the support level of $12.58 yesterday, closed the day within channel again, finding support from this zone. When American stocks show positivity for a while, LINK can rise towards $14.15. 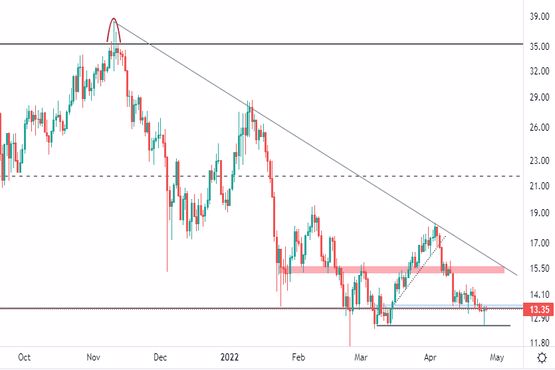 BAT lost a 4% value during morning hours, and is priced around $0.7146. When we consider the BAT/USDT parity technically, the price movement continues within the horizontal channel that existed as of March 14th. BAT retreated to the demand area marked in blue yesterday, we see that every price movement towards the channel lower line has been evaluated by investors since January. In BAT, where there was a similar price movement yesterday, the blue zone is suitable for cost. As long as the channel lower line is not broken downwards, we expect to see rises towards the channel middle line. 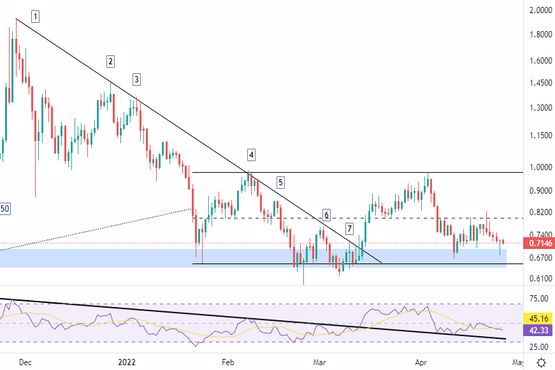