Deputies from both sides of the table are fighting against changes in tax reporting rules for cryptocurrency brokers and transactions over $10,000 in the newly adopted Infrastructure Law. Ten U.S. Democratic Congressmen, led by Darren Soto of Florida, have called for a revision in the definition of commissioner in the infrastructure bill, which was signed into law on November 15.

Samsung-Backed Cryptocurrency Wallet Lists Shiba Inu on Its Platform
Samsung-backed cryptocurrency wallet has announced the addition of meme-inspired Shiba Inu to its platform. The wallet users can buy, transfer and exchange SHIB.

There has been a $9 billion Ethereum outflow from the exchanges in the last three days indicates that whales may be accumulating with the price retreat.

It is announced that the Ethereum wallet MetaMask, a ConsenSys product, is used by 21 million people every month. In April, it was reported that when the DeFi activities increased, and the NFT craze surged, MetaMask had 5 million monthly active users. This number has increased of 420% in the last seven months.

The new cryptocurrency wallet will allow Brave users to store, manage, accumulate and exchange assets in their cryptocurrency portfolio through a single, multi-asset wallet. The crypto-currency wallet Brave will not be offered as an extension but is instead built directly into the browser itself.

Bitcoin lost a 0,90% value during morning hours; the current price is $60.056. Companies, pension funds, mutual funds, portfolio managers, and BTC directly want to invest in the stock market, including mutual funds, to invest in bitcoin Canada Canadian institutions to facilitate more Investment Industry Regulatory Organization (IIROC) reported that it is approved by.

When we consider the BTC/USDT pair technically, Bitcoin, which continues to move within the ascending channel as of July 20, follows the mid-range band for the last three days. BTC found support at $59.512 (50-MA) for two days and has pullbacks towards this level this morning. BTC needs to hold above the 50-MA level as of the daily close. Otherwise, the pullbacks may deepen towards the lower band. 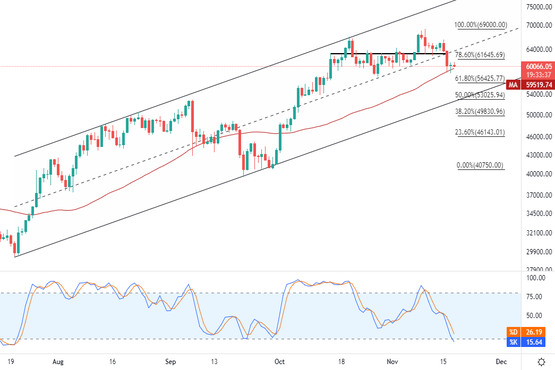 Ethereum gained a 0,15% value during morning hours, and the current price is $4290. A $9 billion Ethereum outflow from the exchanges in the last three days indicates that whales may be accumulating with the price retreat.

When we consider the ETH/USDT pair technically, ETH, which moves in the uptrend as of October, broke the $4600 downwards and retreated towards the support levels of $ 4060 - 3940. ETH also found support at the same levels and went up to $4297 (Fibo'78,60). Although it rises above this level in the morning, there may be a short-term pullback for the ETH that has seen a reaction. We do not think that the long-term uptrend has changed. It is important to protect the support zone marked with blue in the weekly chart. 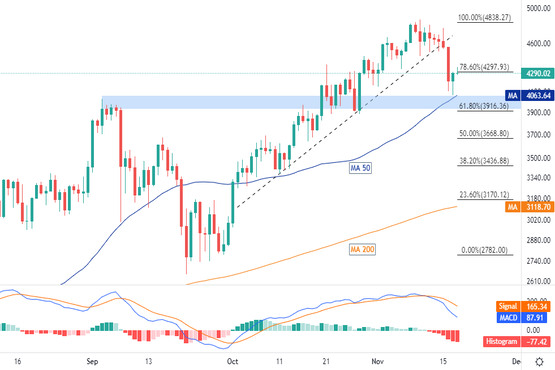 AVAX lost a 2,40% value during morning hours, and the current price is $105,47. When we consider the AVAX/USDT pair technically, AVAX, which stands out positively after the partnership with Deloitte, reached its new peak level of $110,41 this morning. When we consider the AVAX/USDT pair in technical terms, AVAX, which has been continuing its price movement within the ascending channel since August 21, broke the mid-range band closed the day above it. For AVAX, which we think will retest this level again, if the retest is successful, we expect that the rises towards the upper band of the channel will continue. 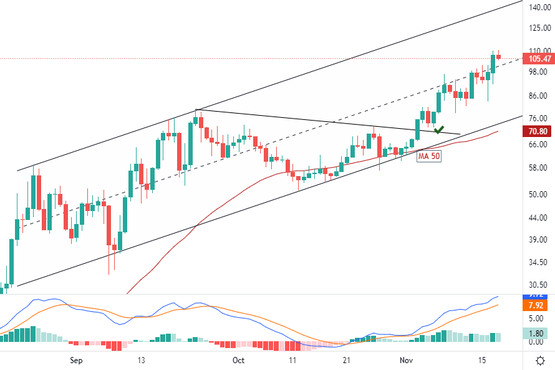 Ripple gained a 2,50% value during morning hours, and the current price is $1,12. When we consider the XRP/USDT parity in technical terms, XRP, which continues its ascending channel as of September 21, retreated after the reaction at $1,216 (mid-range band). XRP, which retreated to the $1,05 level, lower band, went up after the support at the same level. In the 4-hour chart, there is a buy signal from MACD. It can rise towards the mid-range band if it breaks the $1,16 level upwards. 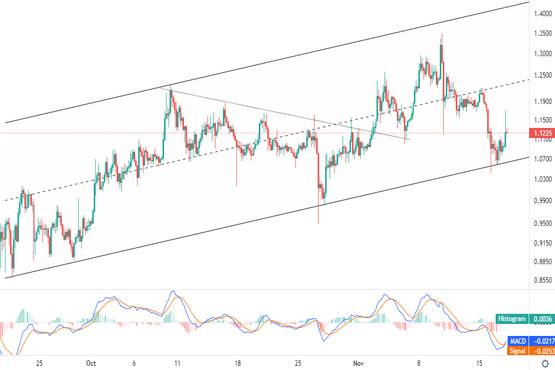 LTC lost a 4,00% value during morning hours; the current price is $222,2. When we consider the LTC/USDT pair technically, LTC, which continues to move within the ascending channel that exists as of July 20, has recently broken the mid-range band. Yesterday, LTC, which retested the $235 level (mid-range band) along with the support at $222,2 (Fibo'61,80), faced resistance from the level. LTC has pullbacks today, and MACD gives a sell signal in the daily chart. If LTC finds support at Fibo'61,80, it will test the mid-range band. If the corrections continue, the 50-MA level ($200) should be followed. 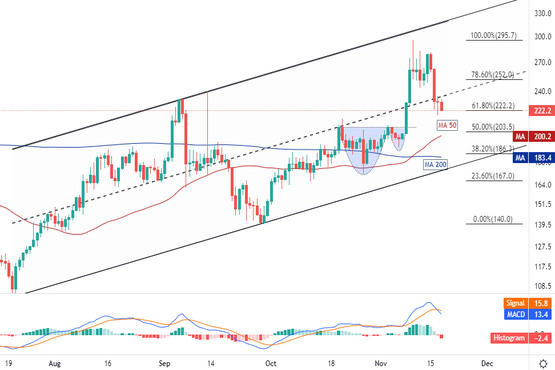 LINK lost a 1,30% value during morning hours, and the current price is $29,03. When we consider the LINK/USDT pair technically, LINK, which broke the uptrend of September 21, closed the day below the level of $29,38 (50-MA) and uptrend despite the intraday gain yesterday. LINK, which is testing these same levels again, has a pullback along with the resistance. If LINK retreats to the Fibo'50 and tumbles down, then it is important to follow the 200-MA. 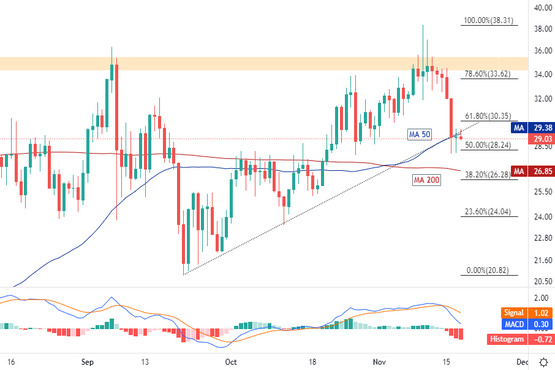 BAT lost 2,50 % value during morning hours, and the current price is $1,0532. The new cryptocurrency wallet will allow Brave users to store, manage, accumulate and exchange assets in their cryptocurrency portfolio through a single, multi-asset wallet. The cryptocurrency wallet Brave will not be offered as an extension but is instead built directly into the browser itself.

When we consider the BAT/USDT pair technically, BAT retested the uptrend yesterday wiped out its intraday gain. We expect this price movement to continue for the BAT, which retreated this morning. The short-term support level is $0,9629 (Fibo'50). 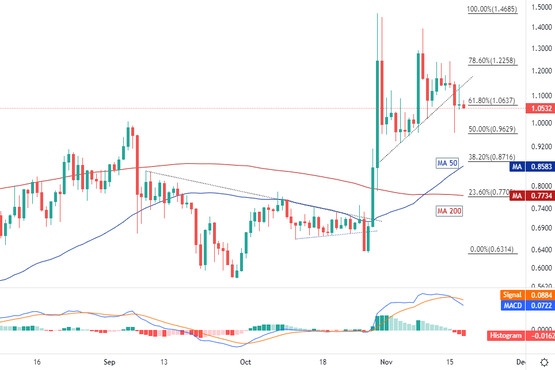