Burkhard Balz, a politician and board member of the German Central Bank, made statements about the digital Euro. He said that they look favorably on the idea of the digital euro, but CBDC, the Central Bank Digital Currency, is a political decision, not a technical one.

Fintech firm Mode announced that it will use 10% of its reserve to buy Bitcoin. The company, which is traded on the London Stock Exchange, will invest a large part of the 7.5 million pounds it collected to Bitcoin.

The Bitcoin average transaction value (ATV) has risen by a record; 500% in the last 4 months. ATV, which was around $ 25,000 in the previous periods, saw $ 151,000 in October. Analysts argued that the rise in institutional investments along with the transaction volume reinforced Bitcoin's presence in the market.

PayPal Will Allow Use Of The Cryptocurrencies By 2021

PayPal, one of the largest global payment providers with 346 million active accounts and $ 222 billion in volume processed in the second quarter of 2020, said its customers will be able to use cryptocurrencies to shop from 26 million merchants in its network from the beginning of 2021. In addition to cryptocurrency payments, PayPal users will also be able to purchase crypto directly from the app.

Bitcoin traded slightly flat this morning at $ 12,700 after purchases surpassing 6% yesterday, with a 2020 record of $ 13,250. This expected move-in Bitcoin accelerated thanks to the PayPal news. Other altcoins, on the other hand, show us that despite the mobility, the market dominance of BTC is increasing, increasing its market share and the movement is led by the main currency. Before the Bitcoin PayPal news, it met with safe harbor purchases, and despite the COVID and US elections, it attracted attention with its price stability. Expectations that the economic stimulus package could be implemented next week before the 3 November Presidential elections increased after the Speaker of the House of Representatives, Nancy Pelosi, gave the administration until Tuesday.

When we consider BTCUSD technically; While the uptrend that started in March in the main picture continues, it was reversed to the $ 13,865 level seen on June 24, 2019, after the August 17 peak was exceeded. The uptrend in Bitcoin is confirmed on the basis of indicators in all periods. Among the sub-supports in intra-day profit realizations, 12,300 is the major support of the day and $ 11,500 is the major support of the week. 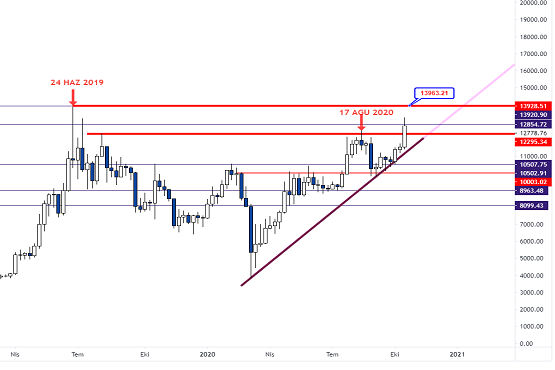 Ethereum is trading at $ 398 this morning, up 1%. The entire cryptocurrency market was excited yesterday, with Paypal announcing that it will include cryptocurrencies on the global payment network platform in the coming months. PayPal's 346 million users explain the size of the news sufficiently. The amount of money locked in DeFi tokens also approached $ 12 billion from yesterday's level of 11.3 billion.

When we examine Ethereum technically in dollar terms; We have come to the top resistance of the horizontal band that has been formed since September. Thus, we can say that yesterday's minor descending channel was broken and there were only upward trends in the remaining daily and hourly periods. Because ETH, which rose to the level of $ 403 yesterday, confirmed with the volume resultant that its intention was about to break this band. The upper band of the bullish channel in Ethereum, whose intermediate support is $ 382, ​​is above $ 403, and the breakdown and momentum of this region will be followed during the day. 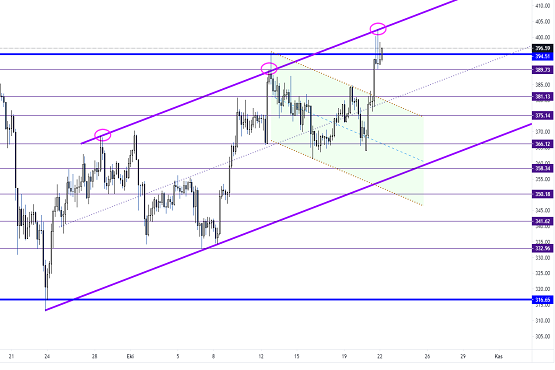 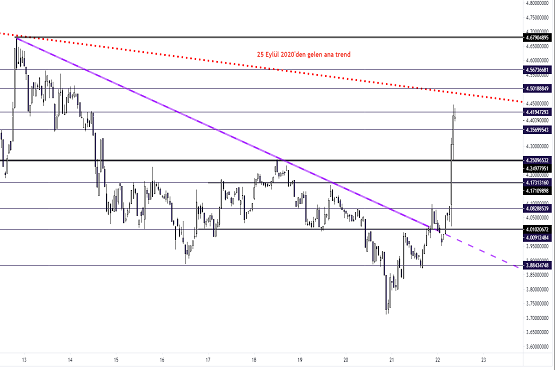 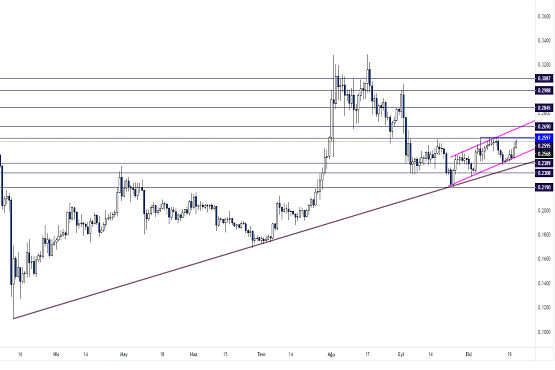 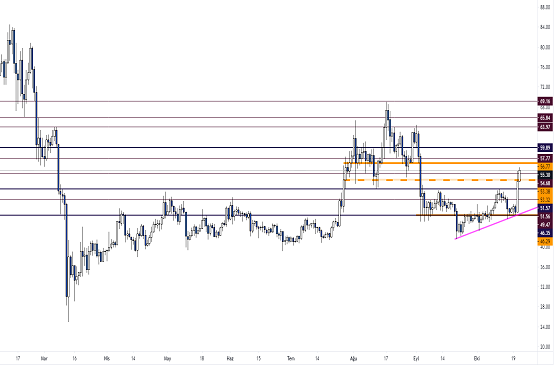 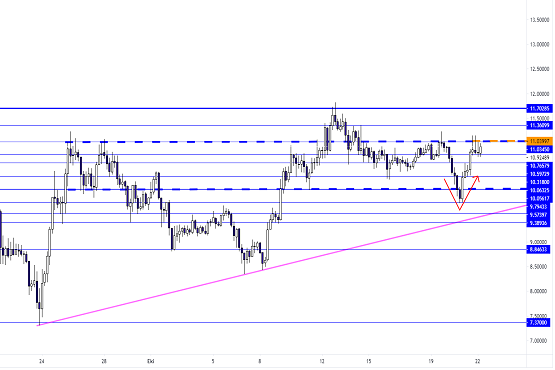 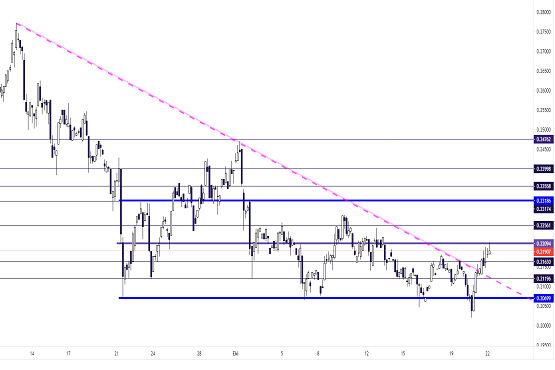