87% of Bitcoin Holders Also Own Other Digital Currencies

Ark Invest CEO Cathie Wood Says Metaverse Will Be A Trillion-Dollar Market
Cathie Wood, CEO of Ark Investment Management, says that the metaverse can become a trillion-dollar market. "It's a great idea that will probably permeate every industry in ways we can't even imagine right now." said.

CEOs Explain to Congress: Stablecoins Strengthen US Dollar
CEOs and executives of several prominent cryptocurrency firms testified about stablecoins before the US Congress today. These executives told the House Committee on Financial Services that stablecoins will strengthen the US dollar.

Visa is launching a Bitcoin and cryptocurrency advisory service for its institutional clients, according to multiple reports Wednesday. The payments giant will advise banks, fintech companies and retailers that want to implement Bitcoin services.

Bitcoin, which lost value by approximately 0.50 percent in the morning hours, is priced at $49741. Visa is launching a Bitcoin and cryptocurrency advisory service for its institutional clients, according to multiple reports Wednesday. The payments giant will advise banks, fintech companies and retailers that want to implement Bitcoin services.

When we examine the BTC/USDT parity technically, we see that there is no change in the technical appearance of Bitcoin. As of November 10, BTC continues its price action under the current descending trend, and the intersection of DEMAs in the daily period maintains the sell signal. We mentioned that there is a lack of momentum in the market, which was relieved by a few daily green candles that could be seen as a correction to the sharp decline. In this case, withdrawals are expected to occur. 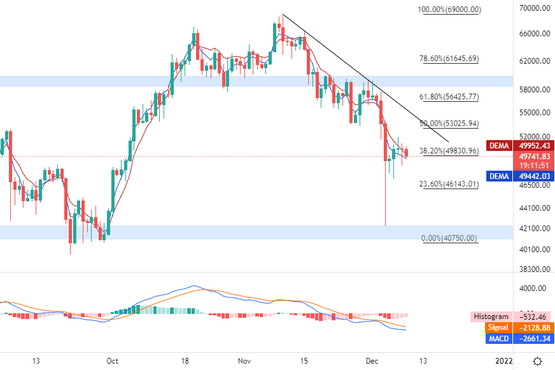 Ethereum, which lost its value by approximately 1.50 percent in the morning hours, is priced at $ 4381. When we examine the ETH/USDT parity in technical terms, we see that it has broken the downward trend that existed as of December 1 in the short-term period, and the selling pressure has decreased in ETH. At the same time, for ETH, which is experiencing price movement in the ascending channel, if the blue-drawn area on the chart is broken upwards, there may be rises towards the $4600 level. 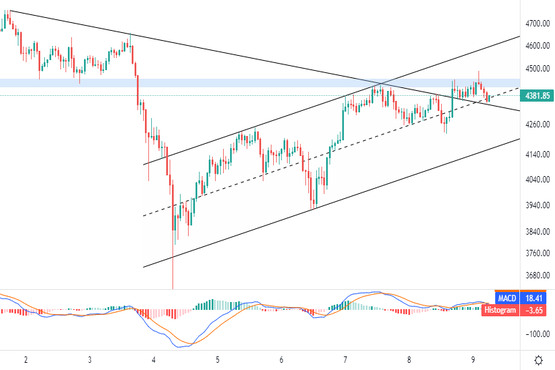 AVAX, which lost value by about 0.60 percent in the morning hours, is priced at $92.45. When we examine the AVAX/USDT parity technically, AVAX, which continues its price movement in the ascending channel that existed as of August, is holding on to the lower band of the channel as of daily closings, despite the intraday pullbacks. In AVAX, which closed daily above its 50-day moving average again yesterday, the slightly rising trend will continue as long as there is no daily closing below the 50-MA and the lower channel of the channel. If this breakout occurs, a pullback towards the $75-80 band is expected. 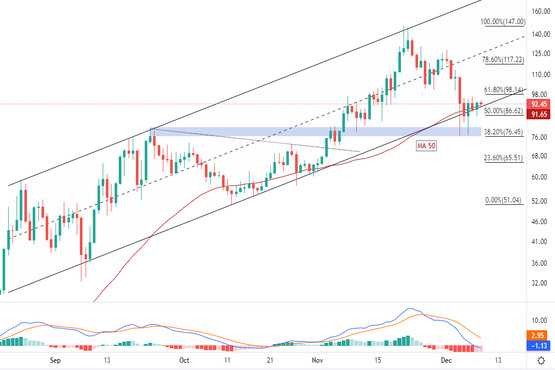 Ripple, which lost value by approximately 1.22 percent in the morning hours, is priced at $ 0.8543. San Francisco-based FinTech firm Ripple recently explained how “current financial regulatory frameworks can be used to drive innovation and improve consumer and market protections.” In this three-page document released by Ripple, the Californian firm detailed its vision of “a pragmatic regulatory framework for cryptocurrencies, blockchain-enabled payments and digital assets.”

When we consider the XRP/USDT parity in technical terms, we see that the price movement continues within the slightly descending trend that existed as of September 7 in XRP, where the horizontal price movement is dominant after the sharp decreases. DEMAs are about to give a buy signal in XRP, which went up with the support it found in the lower band of the channel yesterday. If the buy signal from DEMAs and at the same time the downward trend that exists as of November 10 is broken upwards, we can say that the descending trend in XRP comes to an end. 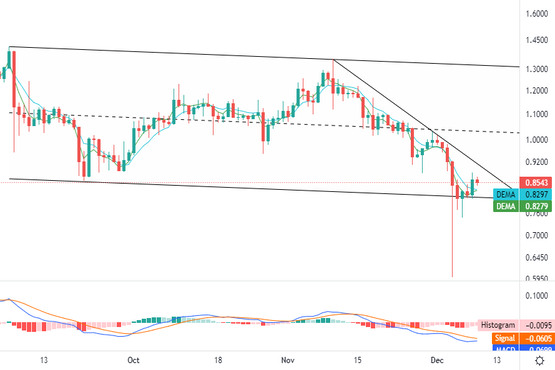 Losing value by about 2.10 percent in the morning hours, LTC is priced at $160.7. When we look at the LTC/USDT parity in a technical sense, we see that the volatility has decreased after the hard sales. In LTC, the price movement continues below $ 173, which corresponds to its 200-day moving average. For LTC, where we have not yet received a reversal signal in the metrics, sideways price action is dominant at the moment. The direction, the breakdown of this horizontality will be decisive. 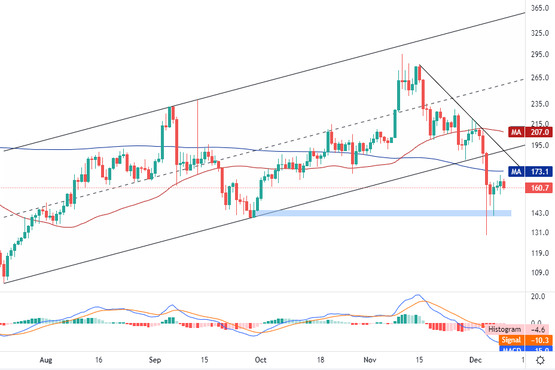 Losing value by about 4.20 percent in the morning hours, LINK is priced at $21.93. Chainlink Labs, a smart contract oracle service provider, has recently recruited former Google CEO Eric Schmidt as a strategic advisor. Schmidt's mission will be to guide Chainlink in building a "truth-guided world."

When we examine the LINK/USDT parity technically, LINK, which continued its price movement within the rising channel that existed as of July 2020 in the weekly period, started to rise with the retest it put on the lower band of the channel on Monday. Continuing its strong outlook this morning, LINK may continue to rise towards $25, which coincides with its 200-day moving average. 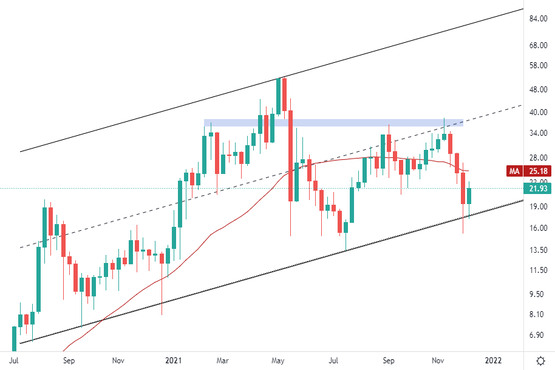 BAT, which lost its value by about 3.60 percent in the morning hours, is priced at $1,2505. When we consider the BAT/USDT parity in technical terms, we see that there is no change. As we mentioned before, if BAT, which sees resistance from the resistance zone marked in blue on the chart, can exceed this zone, the upward trend is expected to continue. With the reaction from this resistance zone, BAT, which is experiencing a pullback again, can be retested at $1,097, which corresponds to its 50-day moving average. 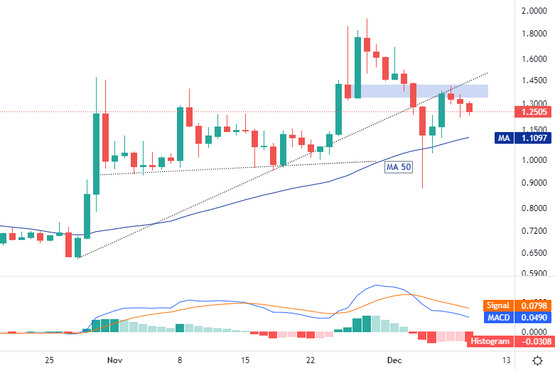