“I still own my Bitcoin, and I'm not going to sell it,” says Elon Musk, a signal for holding assets in high inflation times. MicroStrategy CEO Michael Saylor says “weak currencies will collapse”, referring to high inflation levels. Musk also stated that he included Ethereum and Dogecoin among his investments.

The G7 countries are joining forces to ensure its effectiveness, with the Biden administration leading the economic sanctions against Russia for its invasion of Ukraine. Russia reportedly uses cryptocurrencies to maintain access to foreign capital and to evade and balance international “punishment”. However, the G7 countries are committed to taking measures to ensure that economic reflections are felt by Russia through "restrictive measures, breaking smuggling and closing gaps".

Although the price of Bitcoin has been slightly downhill since the beginning of the year, it has recently reached a new record of all time in terms of the number of addresses holding Bitcoin. As of March 14, nearly 40 million addresses have kept Bitcoin in their balance, IntoTheBlock announced on Twitter.

According to an official government document, the Austin Mayor has directed the city manager to help create an effective government and community environment that supports new technologies such as Blockchain and Web 3.0.

The European Parliament's Committee on Economic and Monetary Affairs voted against a regulatory provision that could lead to a ban on Proof-of-Work mining. This provision was part of the regulatory framework surrounding cryptocurrencies in the European Union.

Bitcoin lost a 2,15% value during morning hours; the current price is $38.810. Although the price of Bitcoin has been slightly downhill since the beginning of the year, it has recently reached a new record of all time in terms of the number of addresses holding Bitcoin. As of March 14, nearly 40 million addresses have kept Bitcoin in their balance, IntoTheBlock announced on Twitter.

When we consider BTC/USDT pair technically, after a horizontal market at the weekend, the formation of a bullish engulfing candle occurred in BTC, which surged by the support level yesterday. Despite the low transaction volume, when the short-term uptrend does not have a breakout, we expect an increase towards the 50MA level ($40.086). 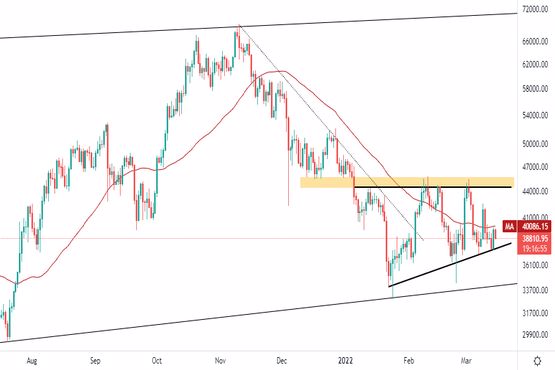 Ethereum lost a 1,65% value during morning hours and is priced around $2549. Digital asset investment products saw a US $110 million outflow last week after a 7-week cash inflow. The second highest debut was in Ethereum with $50.6 million.

When we consider ETH/USDT pair technically, it is seen that the price movement that has been stuck since the beginning of February is dominant in ETH, which continues its price movement below the long-term downtrend on the daily chart. A breakout in the horizontal support level of $2,476 may trigger a drop to $2,300. If it is permanently maintained, we expect the downtrend to be tested again. 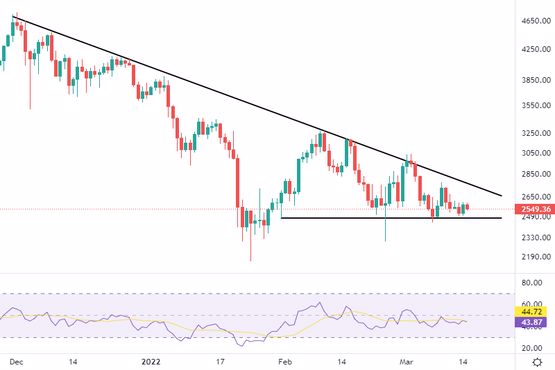 AVAX lost a 3,20% value during morning hours and is priced around $66.89. When we consider the AVAX/USDT pair technically, AVAX had a stagnated price movement as of January but broke the downtrend on February 24 and closed the day below this level. Retesting this trend below for the past 2 days, AVAX continues to drop today. As long as it sustains below the trend, we expect the price movement to continue towards the previous dip level, $55. 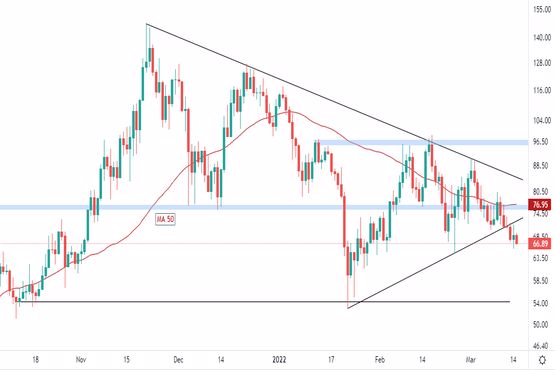 Ripple lost a 1,80% value during morning hours and the current price is $0,7619. When we consider the XRP/USDT pair technically, XRP, which broke the downtrend upwards along with the positive decision taken on Friday, retested this trend when retreating yesterday and at the weekend. XRP still sustains the 50MA level, despite the above-average sales. As we mentioned in the daily bulletin yesterday, it will continue to rise towards the previous peak level as long as it sustains above this level. 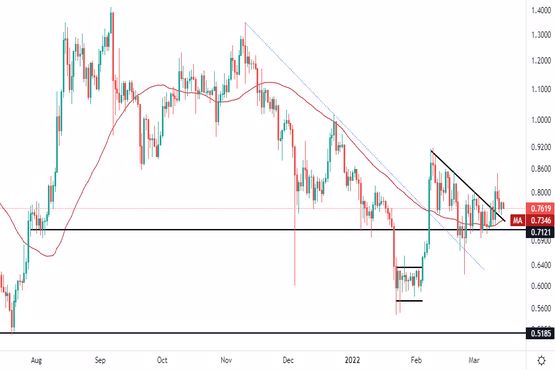 LTC lost a 0,70% value during morning hours and is priced around $104.8. When we consider the LTC/USDT pair technically, there is no major change in the outlook. LTC, which continues to move below the downward trend that has not broken despite the force, is now priced below the level of $104.9. Although the recovery in RSI continues despite the price plunging, we do not expect permanent rises without the breakout of a downtrend. 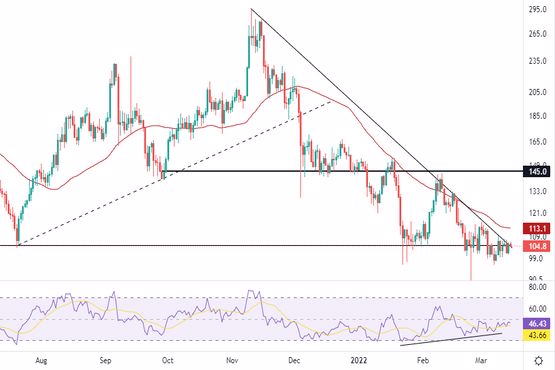 LINK lost a 1,60% value during morning hours and is priced around $13.22. When we consider the LINK/USDT pair technically, there is no major change in the outlook, the stagnated price movement continues. LINK has price action inside the horizontal channel as of May 26 and lost the lower line recently. $13.50 level is an important pivot point for LINK, which has lost a strong support level, even though positive divergence is sustained on the daily chart. 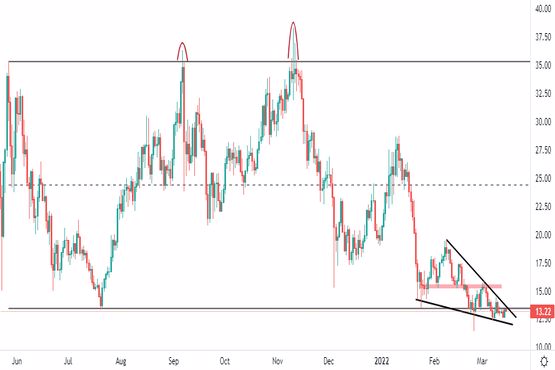 BAT gained a 0,40% value during morning hours and is priced around $0.7209. When we consider the BAT/USDT pair technically, BAT broke the downtrend on November 28 and closed the day above this level. BAT retested the trend when retreating this morning and has a positive pricing. As we mentioned earlier in the daily bulletin, a positive divergence occurred on the daily chart. We expect BAT to rise towards $0.0786 (50MA level) along with the breakout of its trend. The positive divergence and positive news flow had triggered BAT to go up. 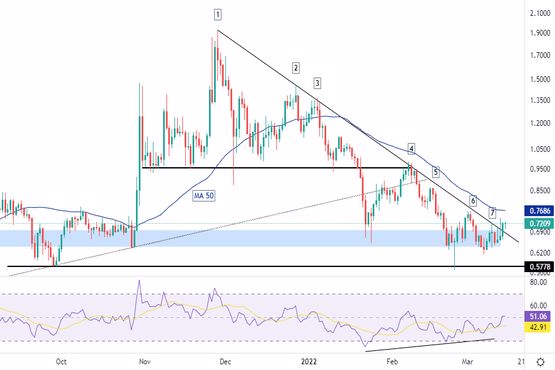