Energy Revolution on the Ethereum Blockchain

Orbit, a new commercialized renewable energy company, announced it will use the Ethereum blockchain to allow ordinary people to get involved in solar energy buying and selling. Special ORBT tokens will be distributed and used for these purchases and sales.

Chinese President Xi Jinping made an emphasis on digital transformation with his statements. In his statement; “We should accelerate the digital economy, digital socialization, state, and industrial digital development and updates; We must take our part in international digital money and digital tax studies, and get ahead of our competitors. " said.

Transfer from Ripple to MoneyGram

Ripple started working with MoneyGram for strategic cooperation in June 2019. According to the third-quarter report for 2020, Ripple transferred $ 9.3 million in cash to MoneyGram. The increase in MoneyGram's net earnings was further increased by the big decrease in trade expenses.

Bitcoin has made a horizontal start to the new week. The monthly closing was over $ 13,000 for the first time since 2017. We have mentioned the risks regarding the US elections, which are expected to end on the night of Wednesday, November 4, in the ICRYPEX news section above. While Bitcoin is stuck at the resistance of $ 13,900, on the other hand, the increase of Bitcoin futures to the 8-month high in volume supports the profit-taking scenarios. Again, the hash rate, which we can define as network density, has decreased by 10%. On the other hand, as a safe haven, ounce gold depreciated by 1.2% against BTC's weekly gain of close to 4% with the October 29 closing. 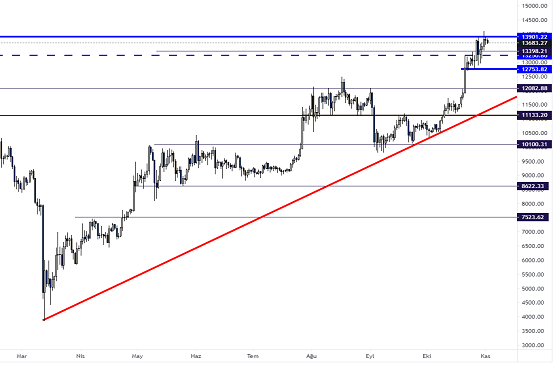 Ethereum is trading with gains over 0.5% this morning, while also trying to surpass $ 400. Smart contract auditing company Quantstamp announced that Ethereum 2.0 is almost ready to be released, while expectations for Ethereum have increased, while the risk appetite for DeFi protocols has decreased and the amount of ETH locked on the platform does not reflect the 2.0 expectations or news for now.

When we consider ETH / USD technically, it continues the downtrend function that has existed since September 1. Again, under this trend, the secondary trend that has been formed since the end of September, although the bullish channel continues actively, these two opposite trends cross at $ 407, making it strong resistance. Looking at its movements over the past weeks, the $ 392 and $ 380 levels were lower supports, while it is worth paying attention to trades near resistance. 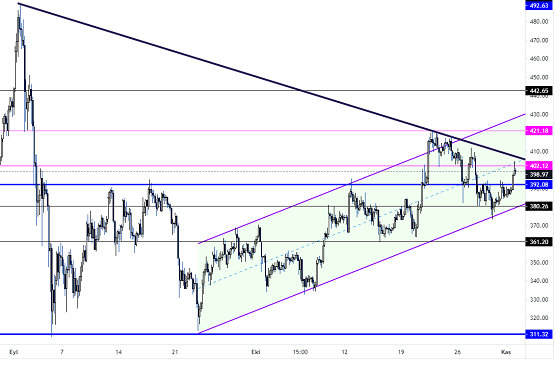 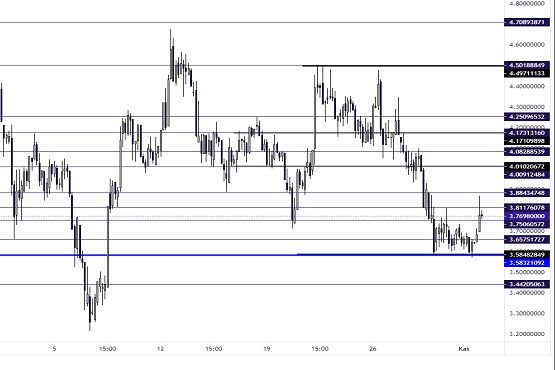 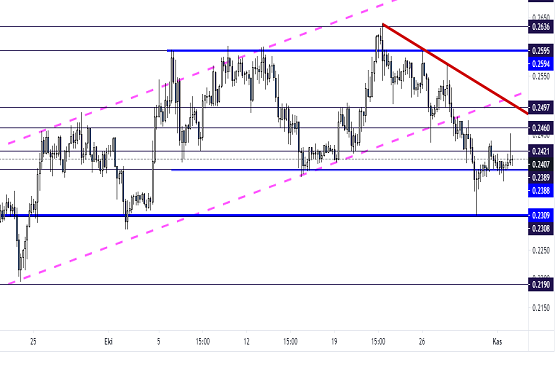 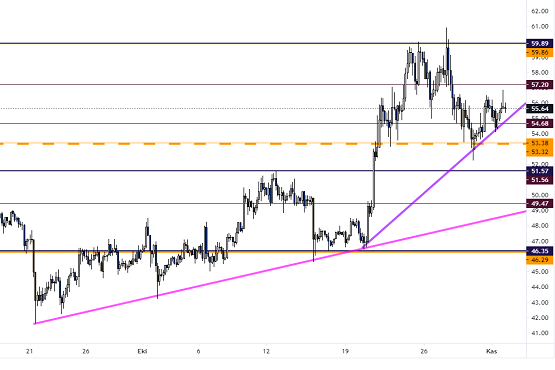 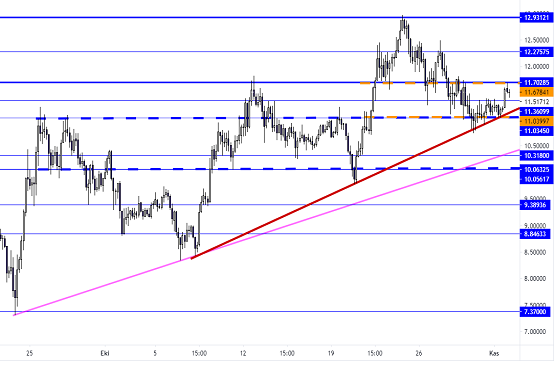 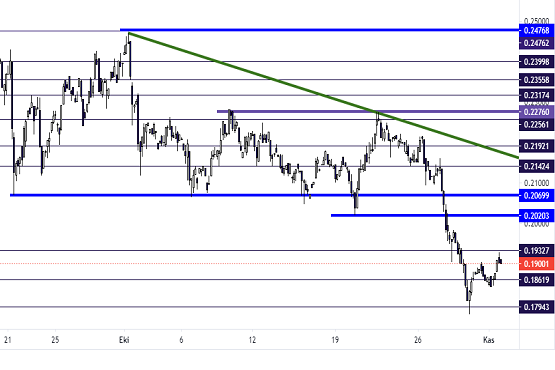