Documents published under the EU's freedom of information laws show that Swedish financial regulators and the European Commission are discussing the proof-of-business technology underpinning Bitcoin and the prohibition on trading cryptocurrencies that use this proof-of-business.

The Proof of Stake (PoS) blockchain protocol Algorand announced that its network will implement a smart contract that will automate the balancing of carbon emissions. However, Algorand Foundation CEO Staci Warden has said he will allow the network to scale while it is still carbon negative.

Morgan Stanley: "The Usage of Cryptocurrencies May Widen."

US-based investment bank Morgan Stanley said in a report that cryptocurrency is currently widely used as a currency in the world of digital assets, and the need to accept a range of payment methods, including cryptocurrency, may increase when more brands want to advertise in the metadata store.

Fidelity Investment, one of the largest asset management companies, announced yesterday that it had bought an eight-story building in Decentraland and offered financial education and dance training on its metaverse platforms to attract young investors.

Justin Sun, the creator of the Tron network, announced the launch of an algorithmic stablecoin called USDD, powered by TRX. He's gonna follow in the footsteps of the Terra Foundation to raise $10 billion in reserves. Tron's USDD will be released on May 5, 2022 and will be available in the Ethereum and Binance Smart Chain.

Bitcoin gained a 0,48% value during morning hours and is priced around $40.702. Risky asset prices are declining, when Fed President Powell says that they need to move “faster” to raise interest rates. Powell also said that “the 0.5-point interest rate hike was on the table in May”.

When we consider the BTC/USDT parity technically, the price movement continues within the ascending channel that existed as of January 24th. BTC, which found support from the channel lower line on Monday, soared again with the support from this level. Yesterday it was over $42,100 (50DMA), but it could not hold above there. In case of breakout of its 50DMA, the channel middle line price might go up 44.300. If the decline continues, the channel may find support in the lower line ($38,800). 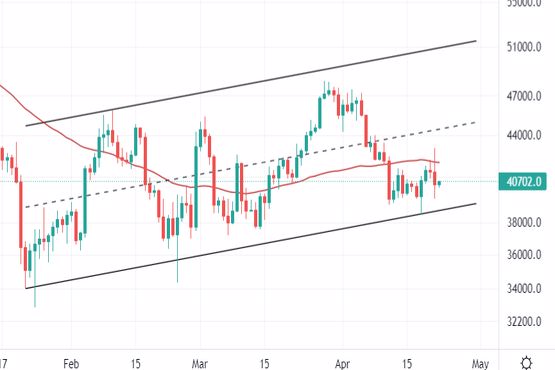 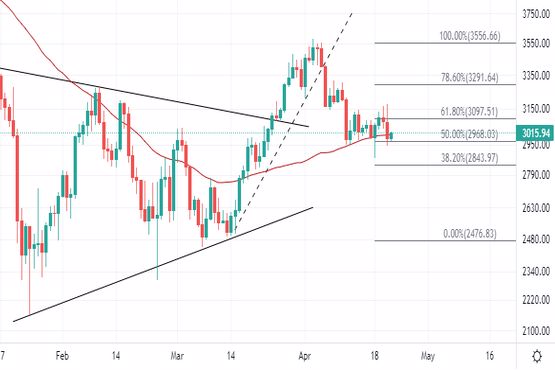 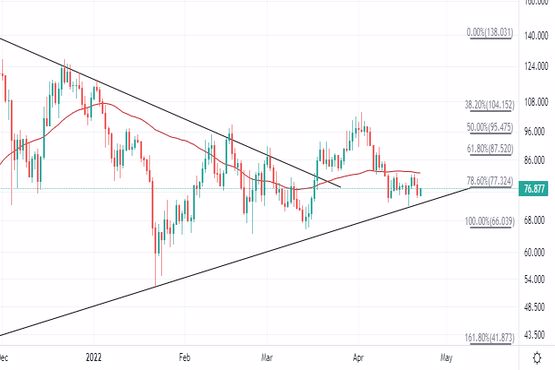 Ripple gained a 0,58% value during morning hours and is priced around $0.7369. When we consider the XRP/USDT pair technically, although the buy signal was received in the MACD, which has been giving a sell signal for a long time in XRP, which continues its price movement within the ascending triangle as of January, it is not very strong. There is a current sales pressure of around $0.7853 (50DMA). If this 50DMA level can be surpassed, a rise towards the level of $0.916 might follow. As the decline continues, $0.695 may be the first support in the rising trend. 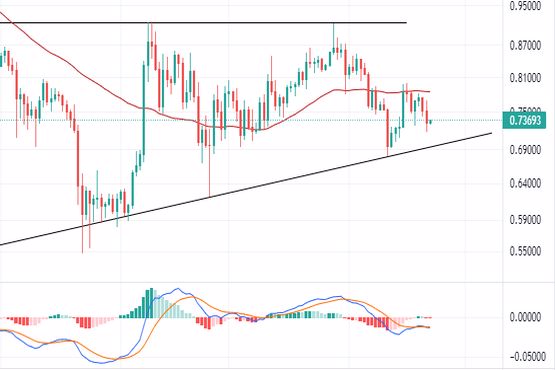 LTC gained a 1,21% value during morning hours and is priced around $107.9. When we consider the LTC/USDT pair technically, LTC had seen a consistent reaction from $114, which is also an important resistance and 50DMA level. A breakout would trigger LTC to go up $132. If the decline continues, it can find support around $98-101. 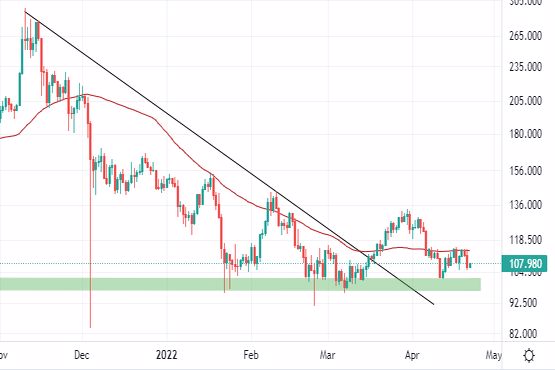 LINK gained a 1,16% value during morning hours and is priced around $13.78. LINK, which has been dominating the price movement below the downtrend since November 10, is priced close to the lower line of the horizontal channel that has existed for more than a year. As long as the demand zone in the channel lower line is not lost downwards, rises might follow towards the supply zone marked in red. 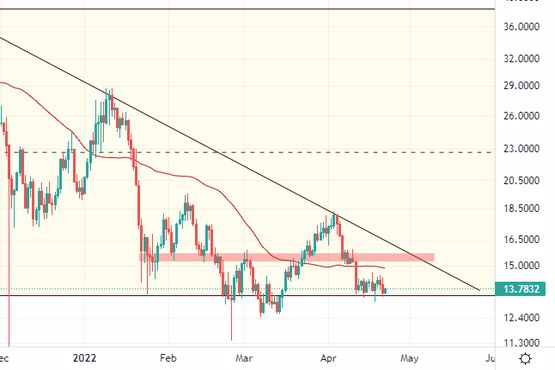 BAT gained a 3,74% value during morning hours, and is priced around $0.7893. When we consider the BAT/USDT parity technically, the price movement continues within the horizontal channel that existed as of March 14th. BAT saw a demand from the zone marked in green and soared towards the middle channel. Although it broke the level of 0.78 dollars upwards at the beginning of yesterday, the day close stayed below this level. As of this morning, BAT has an upward price movement around its 50DMA and so it can go up to $0.97 (upper line of the channel). 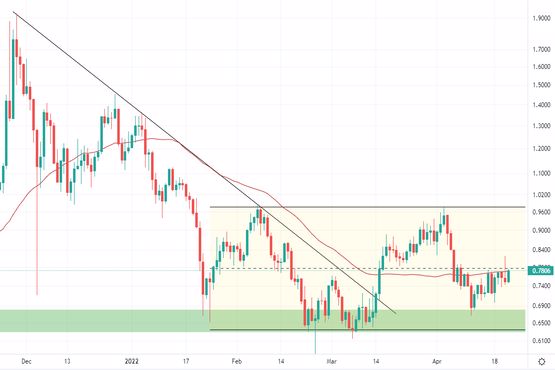