Grayscale Asset Management's Ethereum Fund, which can be attended by institutional and accredited investors, has been registered with SEC. The Ethereum fund will be subject to the same securities law as it was previously registered in the Bitcoin fund.

Bitcoin Hash-Rate Reaches the Top
Bitcoin hash-rate peaked, reaching 155 exahash levels. The previous peak saw the 130 exahash level in December 2017 and it was seen that Bitcoin prices reached $ 20,000 on this date.

The OECD will hold a meeting with the world's top economic leaders as part of its cryptocurrency taxation report for 2021. It was stated that the work to be carried out at the meeting, where the participation of G20 members is expected, will be framed according to the dynamic and active nature of the crypto industry.

This morning Bitcoin gained 0,6% and traded at 11,420 $. There’s no major news since yesterday. Also, the bulls are gaining power while Bitcoin’s market dominance hasn’t changed. The volume of open contracts on Bitcoin futures has reached its 7-month highs and the volume on spot transactions is increasing. Expectations of inflation started to go up as swap interest of the USA.  The overall view of the market is that the investments can flow to Bitcoin and altcoins in an inflationary environment.

Technically BTCUSD had broken its downtrend which started on the 17th of August as BTC went up more than 10,900$ levels. Additionally, the most important gap between 10,800-11,200 is also passed by BTC’S positive movement and now it seems that previous resistance is new support. The flag pattern between 10,500-11,500 has been formed as the continuation of the trend. Accelerated rises and a desire to test 12,000 can be seen intraday unless BTC wouldn’t fall behind 11,300. 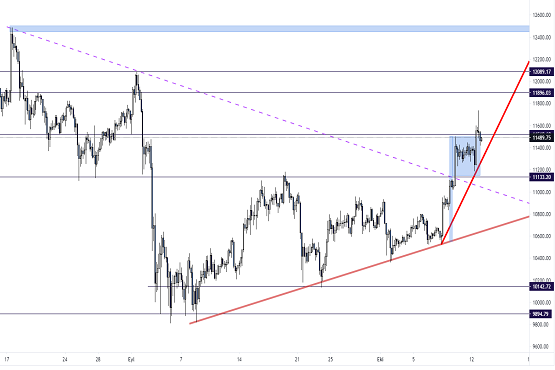 Ethereum changed 2,8% positively since yesterday and it ended the negative separation from Bitcoin as ETH showed a 5% better performance than BTC. DeFi tokens started to löse interest as Google the searches decreased and there’s no major separation as of market dominance. As we shared charts from our Icrypex Analysis Twitter account, the locked amount on DeFi was falling as DeFi lost %25 in September but now it went up again from 10,2 billion dollars to 10,9 billion dollars, in which the all-time high was on 30th of September with the locked value o 11,23 billion dollars.

ETHUSD had a breakout on its horizontal band with an uptrend which created a rising channel. Yesterday ETH tested the resistance level and it fell back. According to the Bollinger band strategy, the main support is 363$ while 375$ levels being the secondary support for possible corrections. While the fallbacks are corrections and the upside reactions are within the scope of an uptrend for ETH. 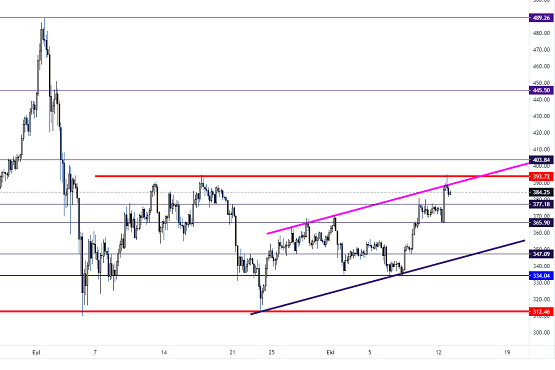 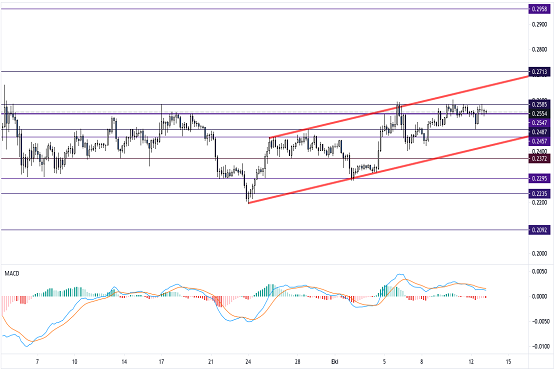 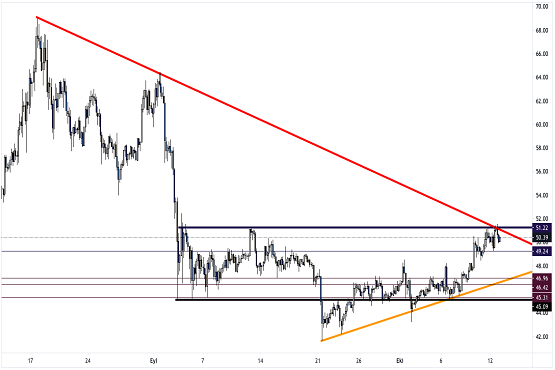 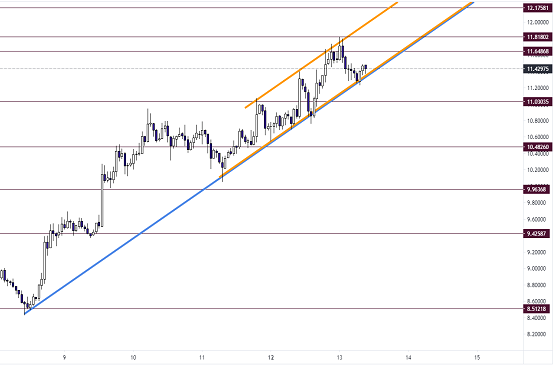 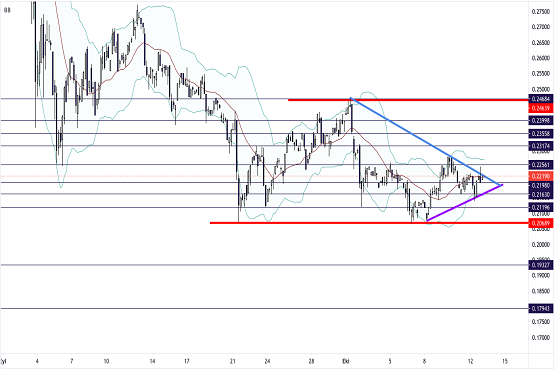