Ethereum developers made statements about ETH Testnets. ETH, which will carry out a test merge in Sepolia, one of the new test networks in the coming days, recently announced the closure of Kiln, Rinkeby and the Ropsten network, which we often hear the name of, which was merge-tested earlier this month. He then announced that they would continue with the Goerli and Sepolia tests.

Tether, the owner of USDT, which has the largest market-cap in the crypto asset market, announced its new stablecoin indexed to the British Pound. The coin was launched under the name GBPT. It has been announced that Tether expects to be part of its innovation plans related to cryptocurrency and stablecoins in the UK with this project.

Voyager, one of the companies that the crypto wealth fund 3 Arrows Capital, which is said to have sunk last week, borrowed the most, made a loan purchase of $ 500 million. It was announced that the loan was a precaution against the fact that they could not receive payment from 3AC. 3AC owes Voyager 15,250 BTC and 350 Million USDC. It was announced that a warning letter was sent to 3AC in terms of the provision of these debts and that the first payment date was a payment of $ 25 million this Friday.

Grayscale CEO Michael Sonnenshein commented on the crypto asset market. Sonnenshein said that BITI sees the Short BTC ETF issued by ProShares as a positive development, and this development indicates that the SEC may give a more comfortable image regarding crypto assets. BITI was released on the NYSE on Tuesday.

The Polygon company has made an agreement with KlimaDAO on environmentalism. In the carbon emission project, Polygon made an investment of $ 400,000. This investment has a larger volume of carbon emissions than Polygon's MATIC has created since its launch in 2019. Following the announcement of this agreement, there was an expectation of an increase in MATIC.

In BTC, which fell to 17,000 on Saturday, we see mining companies and funds exiting BTC in large amounts, and many mining companies that do not normally use BTC sales in the flow of money sell BTC out of necessity. Therefore, in this period when economic problems are already emerging globally, after the statements made by FED Chairman Powell yesterday about the expectation of recession, the prices of Bitcoin, which already seemed weak, fell below 20,000 again. 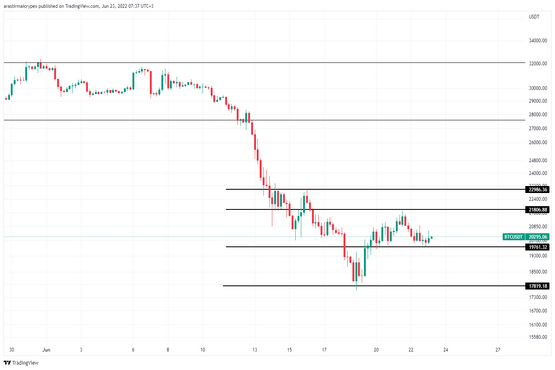 Ethereum's price mismatch with stETH after negative news from funds last week caused a break in the price and the market. However, as of this week, ETH, which remains above the $1050 level, gives a stronger image. Positive news about the tests of the merger process will also have an impact on pricing in this process.

Today, ETH, which has gained 3.35% in the morning hours, is priced at $ 1085. When we look at the half-hour chart in Ethereum, we see that it is in a falling triangle pattern. We can say that the chart has reached the point of compression and can break down in one direction according to the pricing of the market. We will be following the breakdown of these levels. 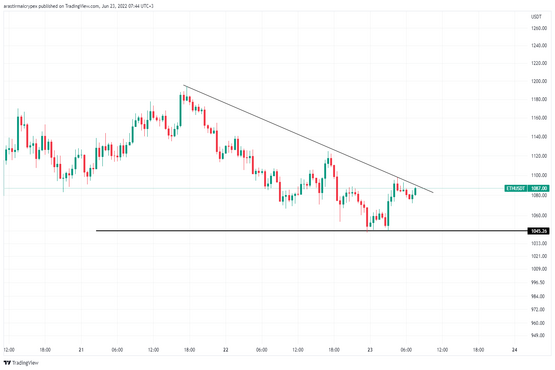 AVAX, which has gained 6.28% as of the morning hours, is priced at $ 17.12. When we look at AVAX's hourly chart, we see that it is in a channel. After testing the support at the $14 levels 2 times, it tested the resistance point at the $18 levels on Tuesday, but failed to break down either way. We can say that the $16 level in the middle of the channel also serves as a short-term support. 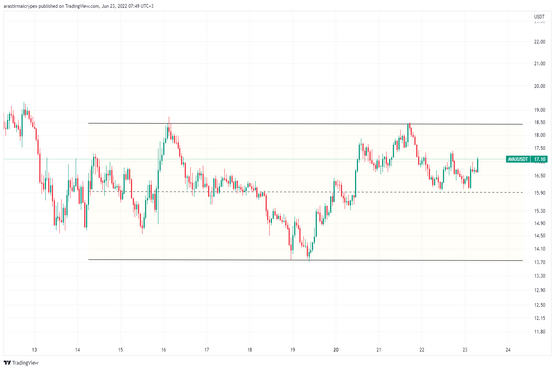 XRP, which gained 1.49% in the morning hours, is priced at $ 0.3270. Ripple, which is in a symmetrical triangle on the hourly chart, tested the resistance level for the upside breakout yesterday but failed to break it and remained inside the channel. We can say that the 0.3330 levels are critical for XRP in the upward movement. 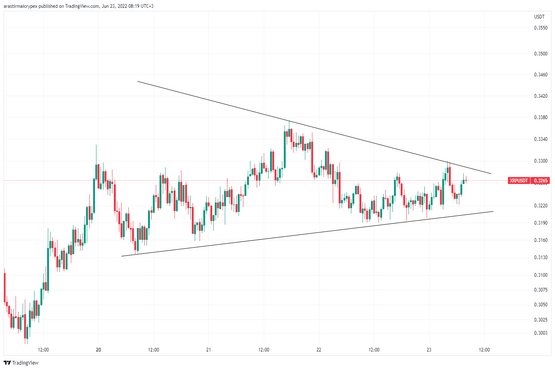 LTC is trading at $54.81, up 5.10% as of morning hours. LTC, which is in a channel between $ 40-50, broke the channel upwards on Sunday and entered a new channel between $ 50-56. LTC, which has failed to break the $ 55.6 level despite testing it many times, has been giving a very strong image for the last 4 days, contrary to the negative pricing experienced since the beginning of June. 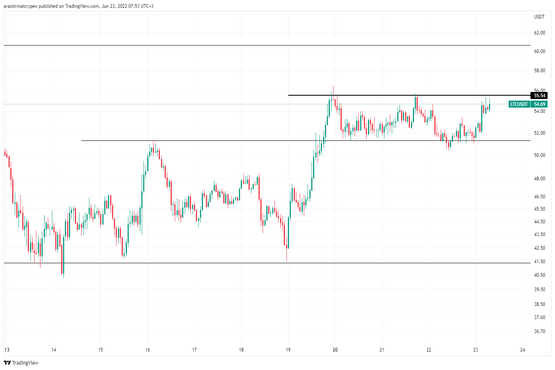 LINK is up 5.13% today at $6.96. Following the binary bottom pattern made by LINK on the 4-hour chart yesterday, we see that although it tested to break the 7.50 level upwards, it could not break it and returned to the $ 7 level. LINK will retest 7.60. 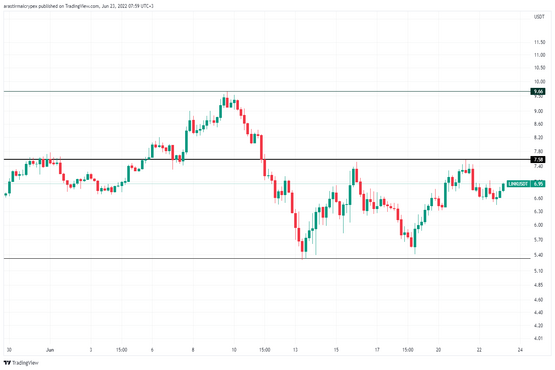 BAT is trading at $0.3890, up 6.80% as of morning hours. When we look at the hourly chart, we see that it has entered a channel. Although he tried to break the resistance at 0.4020 many times, we see that he could not break it and returned to 0.38 levels. We can say that the 0.4260 level is a very critical resistance and the upper break of that level is very important. 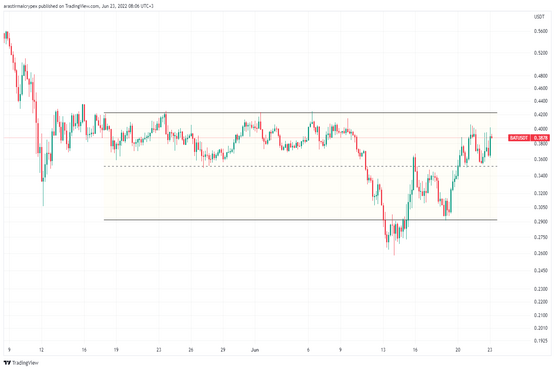