EU to Introduce Bill Next Year to Plan a Digital Euro

MakerDAO has announced that it will begin offering a bounty of up to $10 million to hackers and cybersecurity specialists who report legitimate security threats in its smart contracts.

The event, dubbed "Unpacked 2022" was held in the metaverse, with audiences participating in a virtual space held at the Decentraland metaverse, with the venue reserved at Samsung 837X. Over 100,000 people signed up for the metaverse event, which featured lottery-style draws for the audience to be able to pre-order the new flagship phones.

Fitch Ratings, one of the largest rating agencies in the US, downgraded El Salvador's long-term default rating even more, citing the risks of adopting Bitcoin as legal tender as the main reason. “The adoption of Bitcoin as legal tender has increased uncertainty about the potential for an IMF program to unlock financing for 2022-2023,” Fitch detailed.

Today, the Algorand Foundation announced the appointment of Staci Warden as their CEO. Warden, who has been on the foundation's board of directors since September 2021, will take on responsibilities as leader, according to a press release.

Exchange-traded products (ETPs) will provide investors and institutions with exposure without direct ownership of the asset. 21Shares the Decentraland ETP (Mana) will be listed on BX Swiss exchange.

Bloomberg Analysts Predict Ethereum Price May Fall to $1,7000 In the Short-Term

Bloomberg has stated its bearish views on Ethereum (ETH). In the latest Intelligence report, Bloomberg analysts predict that Ethereum could fall as low as $1,700. However, an upside correction may follow after the decline.

The year-over-year U.S. inflation rate, or to be precise, the Consumer Price Index for All Urban Consumers (CPI-U), rose 0.6 percent in January on a seasonally adjusted basis, the U.S. Bureau of Labor Statistics reported yesterday. In the last 12 months, the all items index has increased by 7.5% before seasonally adjusted.

Bitcoin lost a 1,10% value during morning hours and is priced around $43.067. When we consider the BTC/USDT pair technically, BTC broke the downtrend as of November 10, on Friday along with sharp sales and continues its upward movement. After the US inflation data announced yesterday, there is a pullback in the crypto market negatively affected. BTC, which has been dominating the sideways price movement for a few days, has retreated to the 50MA level this morning. If it finds support at this level and holds onto it, the $49,200 level (200MA) can be targeted. 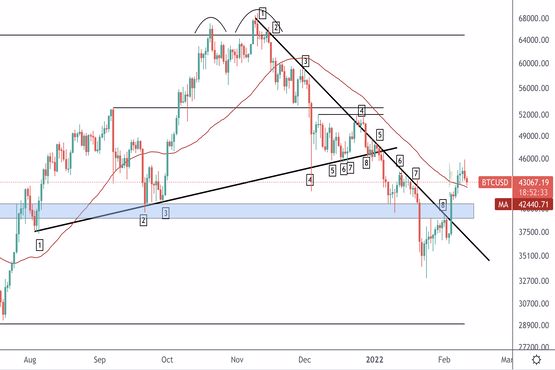 Ethereum lost a 1,36% value during morning hours and is priced around $3060. When we consider the ETH/USDT pair technically, ETH broke the short-term minor trend upwards and continued its rising towards the major downtrend. ETH started the week positively but after the announcement of inflation data, it broke the major downtrend again downwards. It is expected that the pullbacks will continue for ETH, which has faced a reaction from the $3200 level (the Fibo'50 tranche and the 50MA level in the daily chart).

AVAX lost 3,60% value during morning hours and is priced around $88,47 When we consider the AVAX/USDT pair technically, AVAX, which sharply fell to $50, broke the major resistance level at $79,80 upwards. So, an upward acceleration followed. Following those, it broke the $87,66 level (50MA) yesterday and made the daily close above this level. AVAX, which retested the long-term major descending trend yesterday, received a reaction from this level after the data release and sharp sales. If AVAX located above the 50MA level loses those levels, pullbacks follow the demand zone marked in blue. 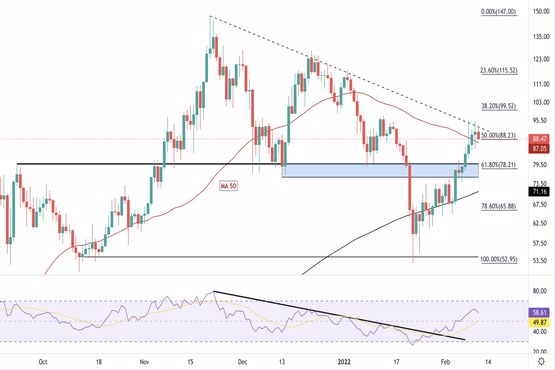 Ripple lost a 1,15% value during morning hours and the current price is $0,8109. When we consider the XRP/USDT pair technically, XRP has finished its sideways trend, as we mentioned in the last daily newsletter, and broke the zone upwards. After the breakout, sharp rises occurred. With these rises, XRP, which broke both the major descending trend and the 50-day moving average upwards, has seen a sideways price movement in the last few days, but we think that the rise towards the level of $ 0.9591, which corresponds to the 200MA, will continue. 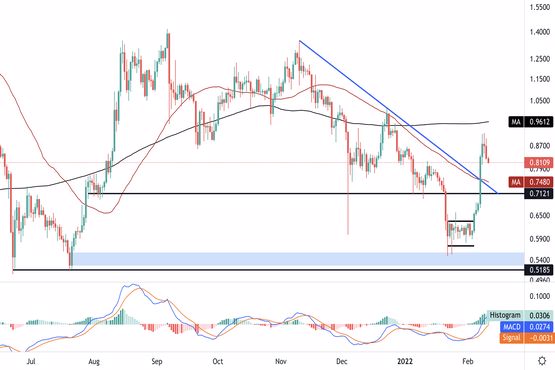 LTC lost a 2,36% value during morning hours and is priced around $132. When we consider the LTC/USDT pair technically, LTC, which has seen a horizontal price movement between $113,1 and $ 104,9 for a long time, broke the sideways and surged towards $145. LTC, which has faced resistance from this zone, is priced at $132.9 and $145, which coincides with its 50-day moving average. As we mentioned in our daily newsletter yesterday, as long as the breakout of the 50MA level did not occur, the target was $145. LTC faced reaction from this target zone and retreated just above the 50MA level. If a downward breakout occurs, the decline may continue for a while. 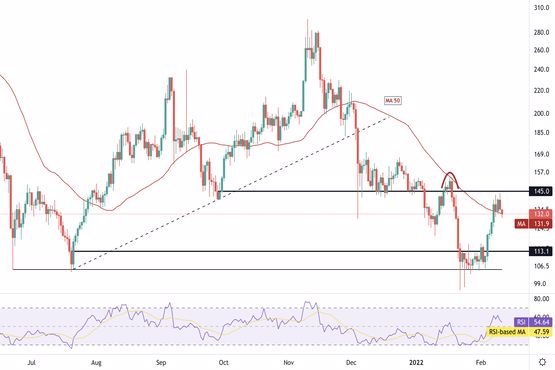 LINK lost a 2,40% value during morning hours and is priced around $17,29. When we consider the LINK/USDT pair technically, there is no major change in the outlook, as we mentioned in the daily newsletter yesterday. LINK continues price action inside the ascending channel as of July 2020 in the weekly chart. And it surged after finding support from the channel lower line. As we marked on the graphic, the stagnated price movement retreated to the lower line support. If a downward breakout occurs, the decline may continue towards $16. 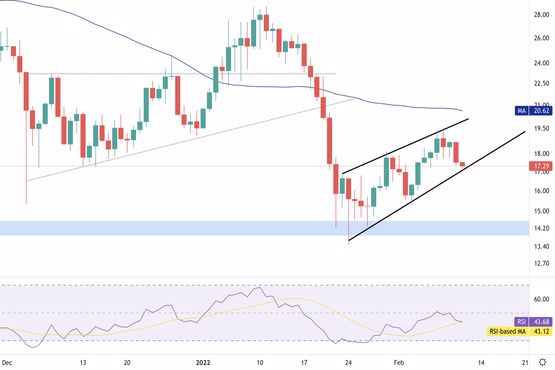 BAT lost a 2,36% value during morning hours, and is priced around $0,9196. When we examine the BAT/USDT parity technically, BAT, which has tested many times before and broke the strong rising trend that has existed since June 2021, yesterday. If the persistence under this trend is maintained, it will be expected to retreat towards the short-term support at  $0.80. The drop may continue to the demand zone marked in blue. 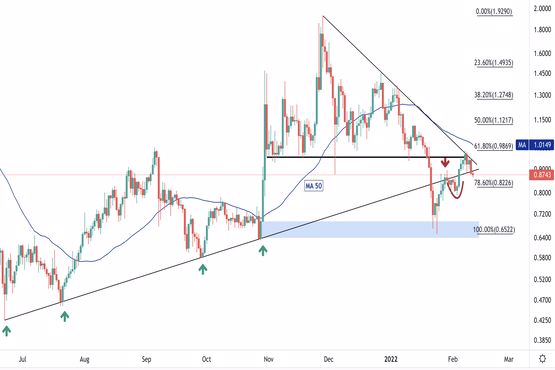