According to a policy statement from the central bank on Wednesday, the Federal Reserve will accelerate its asset purchase contraction timeline in response to high inflation and a recovering labor market in one of the most hawkish moves in recent history. Policymakers have chosen to reduce their bond purchases by twice as much as previously announced. If this new slowdown rate is maintained, the pandemic period program in which the central bank buys $ 120 billion in assets per month will end in March 2022.

According to a report published earlier today, Bank of America recently praised its smart contracts platform Avalanche in a research note for customers.

A cryptocurrency company has announced a Bitcoin-based mortgage product, the first of its kind. Ledn, a global financial service provider and digital asset saving and loan platform, first announced the completion of a $70 million Series B funding round on Wednesday. This round will bring the company’s valuation to $540 million.

Dollar May Devalue 20% Over Next Decade, Says Citibank CIO

Commenting on the future of the USD in one program, he made a somewhat sharp prediction and said, "We estimate that a dollar will be 80 to 85 cents if you do nothing." In the name of economic stimulus, the Federal Reserve has been intervening in the US currency and economy for the past 2 years. It cut interest rates to 0.25%, its lowest level since the 2008 financial crisis. This was part of an effort to discourage austerity and encourage borrowing and spending. Inflation rates in the United States because of mass money printing are currently at the highest level in the last 40 years at 6.8%. According to the Wolfstreet website, Fed is still printing $105 billion in the current period from mid-November to mid-December. That is why it can lead to a devaluation of the dollar over time

Bitcoin lost a 0,10-20% value during morning hours; the current price is $48.778. BTC was above volume traded after Fed's statement. Fed announced last night that it was keeping interest rates steady along with the statements made. However, according to the statement, those interest rates could be increased three times in 2022 and 3 times in 2023. There was also an emphasis that inflation was taking longer than expected.

When we consider the BTC/USDT pair technically, BTC, which continues to move below the current downward trend as of November 10, found support from the zone near the $46.143 level (Fibo'23.60) again yesterday, and rose with the Fed statements. There is positive divergence and the MACD still gives a buy signal. BTC is still in the gray zone; a buy signal comes from the intersection of DEMAs (7-and-14-day). It is impossible to speak of a clear rise without a breakout of the downtrend. 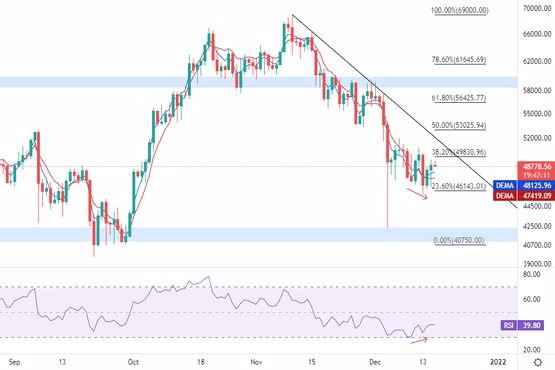 Ethereum lost a 0,30% value during morning hours, and the current price is $4000. When we consider the ETH/USDT pair technically, ETH found support at $3680 (Fibo'50) and rose. It stayed positive compared to the general market and gained profits above the average following the Fed statements. In the daily chart, MACD still gives a sell signal, and ETH did not break the resistance level marked with blue. Holding onto the $3940-4030 (resistance levels) triggers ETH to rise. 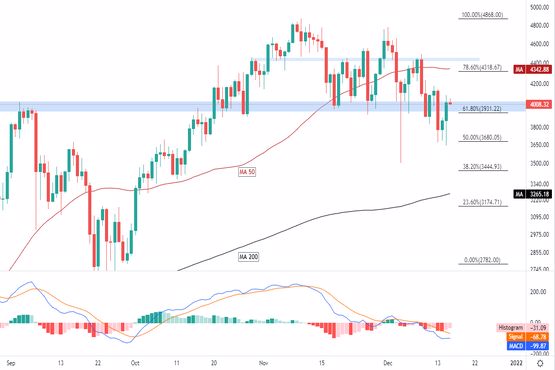 AVAX gained a 2,3% value during morning hours, and the current price is $104,26. According to a report published, Bank of America recently praised its smart contracts platform Avalanche in a research note for customers.

When we consider the AVAX/USDT pair technically, AVAX, which broke its rising channel in the downward direction, continues to hold onto the support zone marked with blue. As we mentioned in the bulletin yesterday, the fact that there has been a positive divergence near the support zone is a triggering element of the upward price movement. AVAX seems more positive than the general market and sharply surged after the Fed statements. It broke both the 50MA ($94,91) and the lower line of the channel. For the moment, we think that the sales pressure has ended, our expectation of an uptrend continues in the medium term for AVAX. 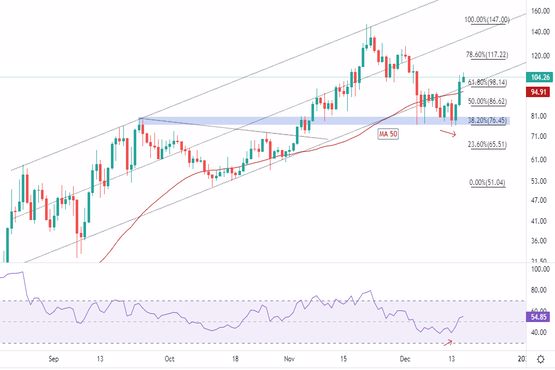 Ripple gained a 0,15% value during morning hours, and the current price is $0,8864. When we consider the XRP/USDT pair technically, XRP continues price action inside the downward trend on September 7. And XRP has positive divergence, as we mentioned in the bulletin yesterday. The instant buy signal and Fed statements relieved the market and XRP could go up the downtrend. However, we cannot talk about a consistent rise without seeing a breakout. In order for the sales pressure to decrease, the downward trend should be broken. 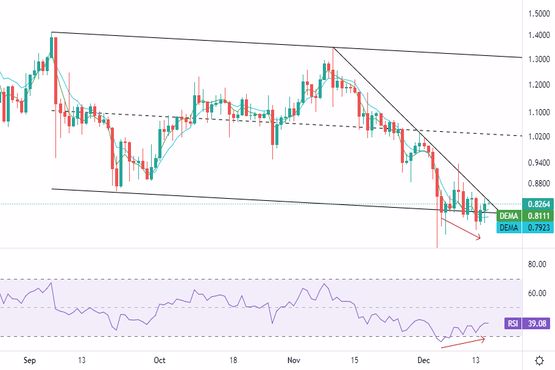 LTC lost a 0,20% value during morning hours; the current price is $153,0. When we consider the LTC/USDT pair technically, LTC found support at the support level marked with blue yesterday and rose after the statement at evening. LTC is eventually about to give a buy signal. The breakout of the downtrend is important. The support zone at $141-144 dollar should be followed when retreating but the breakout of the downtrend should be followed in order for the rise to come true. 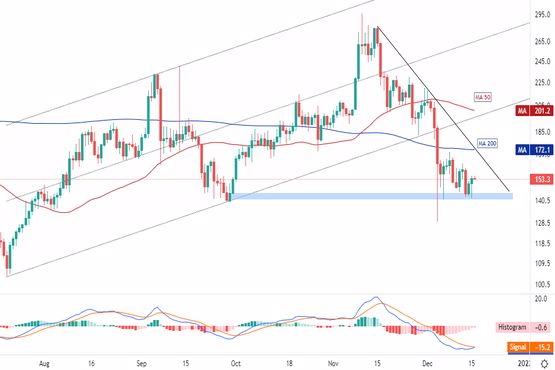 LINK gained a 0,30% value during morning hours, and the current price is $19,76. When we consider the LINK/USDT pair technically, LINK, which continues price action inside the ascending channel as of July 2020, has found support at the lower line in the last few days. After a long time, the daily close should be expected to confirm this buy signal of MACD. Along with the buy signal and breakout of the trend, a sales pressure can occur. 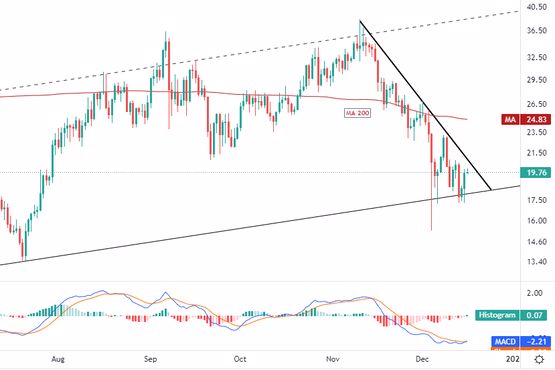 BAT gained a 3,3% value during morning hours, and the current price is $1,1679. When we consider the BAT/USDT pair technically, BAT tested the uptrend on 30 October for the last three days and could hold onto the level. However, BAT also retested the $1,1664 (50MA) level this morning. If the 50-MA resistance is broken in the upward direction as of the morning, the rises towards the $1,35 level may continue. When retreating, the uptrend should be followed. 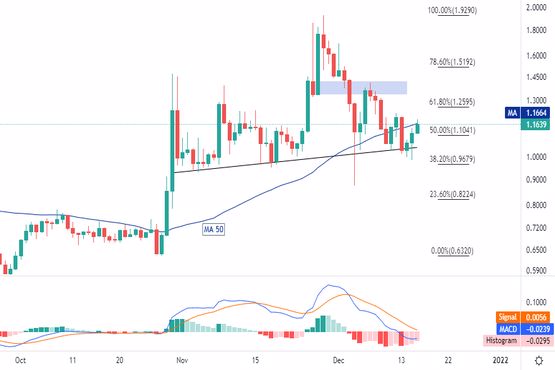