SkyBridge Capital founder and CEO Scaramucci announced on Twitter that 401(k), a retirement plan offered to his staff by US employers that includes tax benefits, will be launched soon and will include Bitcoin.

In a statement on Twitter, BAYC announced that its Instagram page has been attacked. The hacker stole over $2.5 million in NFTs as a result of a hack with a fake link. The owner of BAYC, Yuga Labs, said they were investigating the phishing attack and exactly how the hacker gained access when two-factor authentication was activated.

The ETF launch, three brand new cryptocurrency exchange mutual funds in Australia, was delayed at the last minute shortly after its official announcement. However, the country's attempt to be the best target for digital assets in the developed world has been undermined.

“Elon is the only solution I trust,” Twitter founder and former CEO Jack Dorsey tweeted about the impending change of ownership, adding that “getting it back from Wall Street was the right first step.”

Meta, which is ready to open its first physical store, announced that the "Meta Store," which operates in the real place, will open on May 9 at its Burlingame campus in California. Here, customers will be able to discover and buy virtual reality headphones and other gadgets at a 1.550 square meter retail location.

Grayscale CEO Michael Sonnenshein said in an interview in London on Tuesday that he was preparing to expand to Europe, saying the company had not yet decided which stock exchanges or countries to offer products to, or which bids would  be launched first.

After Elon Musk bought Twitter, Stani Kulechov, CEO of the DeFi protocol AAVE, announced that he joined Twitter last night as a temporary CEO under the username “stani.eth”. It turns out that Kulechov tweeted to make fun of the recent events.

The Brazilian Senate approved the first draft law regulating the country's cryptocurrencies at a plenary session that would lay the groundwork for a regulatory framework for the country's crypto industry. The bill must be approved by the House of Representatives and then signed by President Jair Bolsonaro before it can be enacted in the country.

Bitcoin lost a 1,13% value during morning hours and is priced around $38.380. The latest Bitcoin Mining Council report shows that the mining industry has rapidly adopted sustainable energy sources to secure the BTC blockchain. In contrast, the global Bitcoin mining industry has further adopted green energy, increasing its sustainable energy mix by about 59% year on year. When we consider the

BTC/USDT pair technically continues its price movement within the existing ascending channel since January 24. Bitcoin, which could rise above the 50-day moving average ($42,100) last week, is trying to find support in the channel lower line, which has not been able to maintain permanence here. Pullbacks up to $36,000 may occur if the channel loses its support. 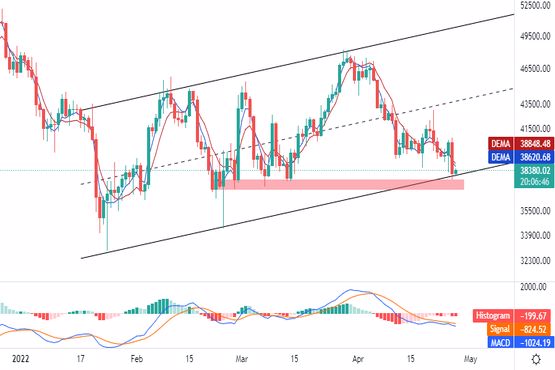 Ethereum lost a 2,64% value during morning hours and is priced around $2836. When we consider the ETH/USDT pair technically, ETH, which broke the rising minor trend downwards, lost support at $2986 (Fibo 50% and the 50DMA). With the loss of this level, pullbacks up to $2,500 might follow. 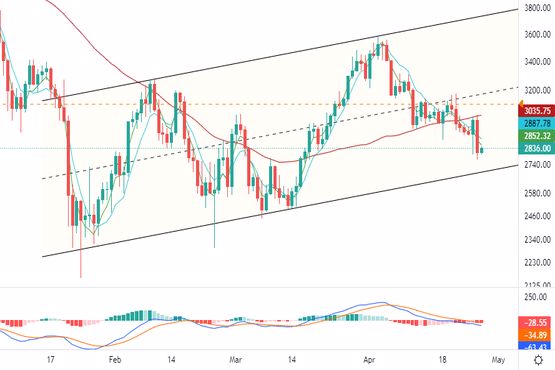 AVAX lost a 2% value during morning hours and is priced around $69.31. Retesting the strong uptrend that it has tested many times before, AVAX went up to $82 (50DMA). But it could not sustain its upward price movement. As long as the trend is not lost downwards, the first price target is $87.52 (Fibo 61%). 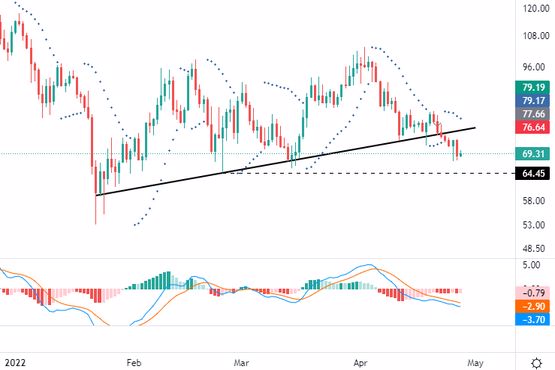 Ripple lost a 4,53% value during morning hours and is priced around $0.6941. When we consider the XRP/USDT pair technically, XRP broke the rising triangle formation as of January. The first demand zone in XRP might be the previous dip level of $0.62132. Finding support from there, a retest $0.70 level might follow. 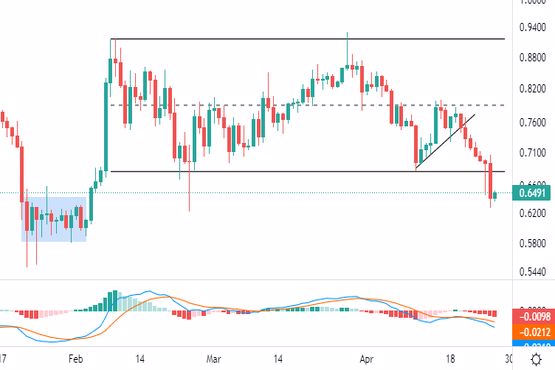 LTC gained a 1,00% value during morning hours and is priced around $99.2. When we consider the LTC/USDT pair technically, LTC had seen a consistent reaction from $114.7 and retreated to $97.6 support zone. Although positive pricing is seen in LTC, which has received support from this zone, it can be read as the response increase to yesterday's sharp decline in parallel with the market. When we look at the volume-price relationship, the rises for LTC, which we see that it has not yet found strong support, may be limited to $102. 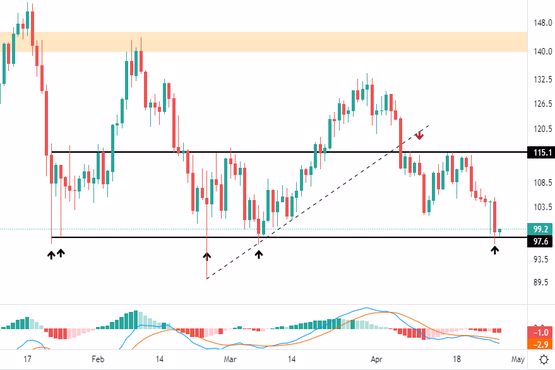 LINK gained a 2,55% value during morning hours and is priced around $12.52. LINK, which has been dominating the price movement below the downtrend since November 10, is priced close to the lower line of the horizontal channel that has existed for more than a year. As long as the demand zone in the channel lower line is not lost downwards, rises might follow towards the supply zone marked in red. 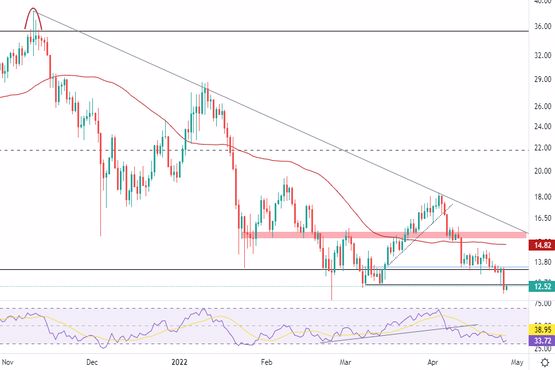 BAT lost a 4% value during morning hours, and is priced around $0.6583. When we consider the BAT/USDT parity technically, the price movement continues within the horizontal channel that existed as of March 14th. BAT faced a demand from the zone marked in blue. Last week it broke the level of $0.78 (50DMA) last week and closed the day below. As of today, if BAT, which moves close to the channel lower line, finds support from here, there may be a rise towards the level of 0.97 dollars (top line). 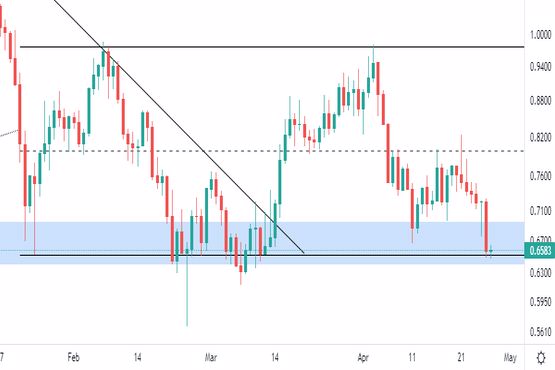