Chris Kuiper, Research Manager at Fidelity Digital Assets, recently argued that the flagship cryptocurrency Bitcoin still has significant "up potential" and is a less risky investment due to its 13-year history.

Call for Cryptocurrency Ban from Reserve Bank of India

Shri T. Rabi Sankar, Deputy Governor of the Reserve Bank of India, called for a ban on cryptocurrencies in his speech today. He argued that cryptocurrency poses several threats and that objections to a ban are largely unfounded. While the RBI is hostile to the cryptocurrency, the Indian government doesn't seem very interested in banning it.

Victoria's Secret Is Getting Metaverse-Ready by Filing for NFT Trademark

Uber Technologies Inc. CEO, Dara Khosrowshahi, said in an interview with Bloomberg that the company is "constantly" having discussions about cryptocurrencies. The CEO explained that the Uber platform "absolutely" intends to accept Bitcoin (and other cryptocurrencies) "at some point" in the future.

Ether products have ended a nine-week exit period, and inflows to digital asset mutual funds have increased sharply over the past week. After the 9-week period, it was seen that there was an inflow of $20.9 million into Ethereum funds.

When we consider the BTC/USDT pair technically, BTC broke the downtrend as of November 10 and surged towards $45.855. This zone (the dip level on December 2021) worked as a resistance level and along with sharp sales, BTC retreated below the 50MA level. Although the current view creates a possible head-and-shoulders formation, a daily close above the $46,900 level is required for confirmation of this pattern, and this formation may push the BTC price to the $58,000 levels. 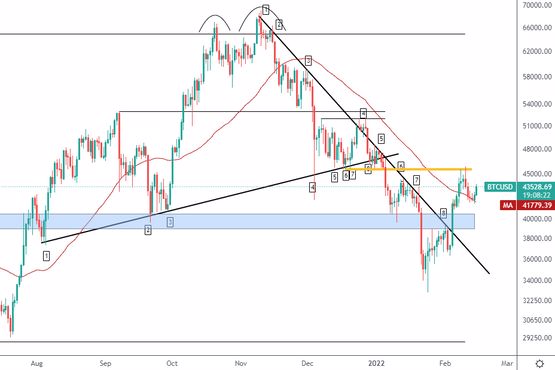 Ethereum gained a 2,93% value during morning hours and is priced around $3014. Ether products have ended a nine-week exit period, and inflows to digital asset mutual funds have increased sharply over the past week. After the 9-week period, it was seen that there was an inflow of $20.9 million into Ethereum funds. 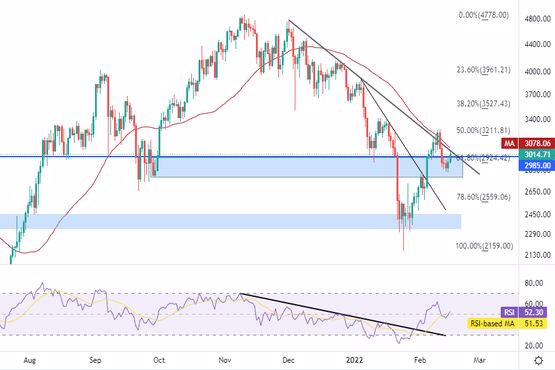 AVAX gained a 2,65% value during morning hours and is priced around $83,91. When we consider the AVAX/USDT parity technically, AVAX, which tested its major long-term downtrend several times, faced a reaction from this level and sales pressure, particularly after the data from the USA. The drop continued to the demand zone marked in blue for AVAX, which lost the 50MA level. If another breakout occurs, the next short-term support level is $72,12 (200MA). 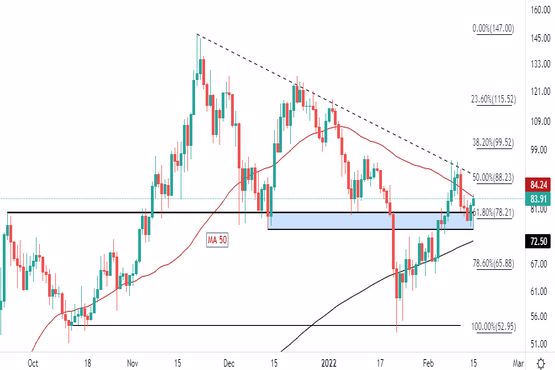 Ripple gained a 2,50% value during morning hours and is priced around $0,8216. When we consider the XRP/USDT pair technically, XRP broke the downtrend and 50MA level, it had experienced a sharp rally towards the 200MA level and could hold above the 50MA. As long as this level is not lost, the rises could continue towards $0.96. 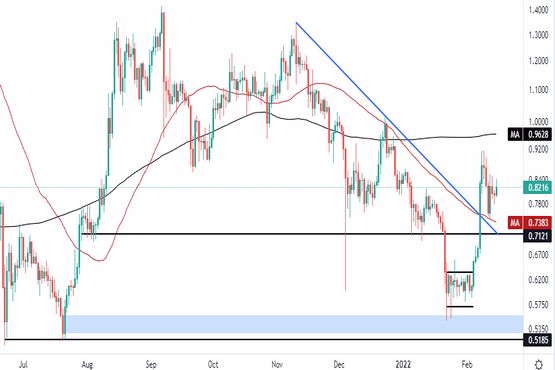 LTC gained a 2,17% value during morning hours and is priced around $127,6. When we consider the LTC/USDT pair technically, LTC, which has seen a horizontal price movement between $113,1 and $ 104,9 for a long time, broke the sideways and surged towards $145. After facing resistance from this zone, LTC lost the level of $129,8 (50MA level) on Friday. LTC, which is still priced just below its 50MA, could break upwards if positive price in the majors persists. Then, the rise towards $145 is expected. 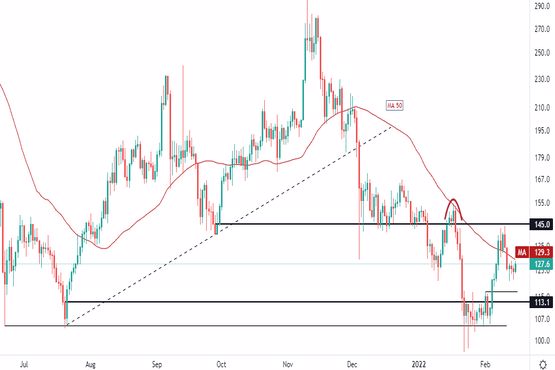 LINK gained a 2,85% value during morning hours and is priced around $16,34. When we consider the LINK/USDT pair technically, it appears the scenario we discussed last week has come true. The lower support level of the price action, which was stagnated in the daily chart was broken on Friday. After this breakout, our target level of $16 was reached yesterday. When we look at the price action this morning for LINK, which had a positive 4-hour divergence yesterday, a rally started along with the confirmation of the divergence. This price action could continue when retesting the uptrend. 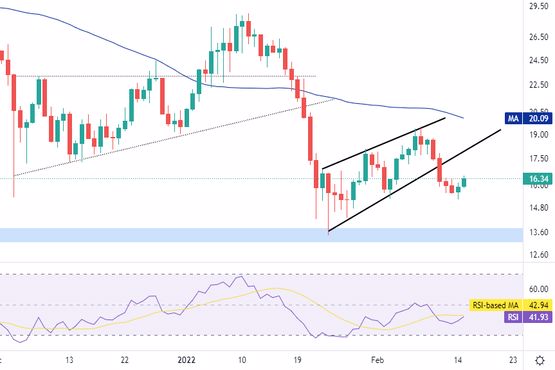 BAT gained a 2,78% value during morning hours and is priced around $0,8272 When we consider the BAT/USDT pair technically, there is no major change in the outlook, as we mentioned in the daily newsletter yesterday. BAT often tested the strong uptrend on June 2021 and broke it downwards last week. Then, it retreated towards the target level of $0,80. As of last night, we think that a short-term rise might follow for BAT, which appears to have positive divergence and confirmation in RSI. The first major resistance level is $0.9715 (50MA level). 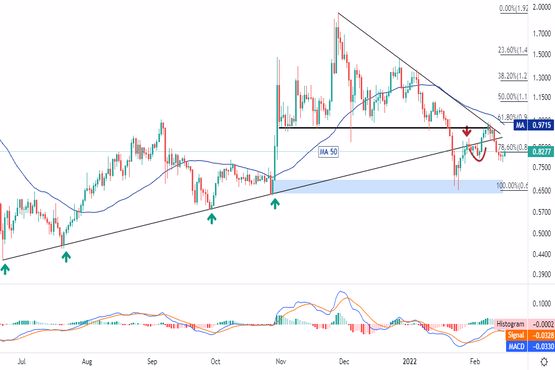