Recently, Sandbox, the popular meta-platform where many companies and celebrities have opened their headquarters and purchased land, announced that it has launched an investment tour to raise $400 million in funds.

Knotverse and The Sandbox Metaverse

The venture capital company Framework Ventures, which focuses on cryptocurrency, announced that it has raised a new $400 million fund. The company announced that they would distribute half of this fund, $200 million, to emerging blockchain games.

Porsche's Towson dealer, one of the world's largest car brands, has announced that they are partnering with BitPay. However, they will now use Bitcoin, Shiba Inu and 5 altcoins as payment options for vehicle purchases.

Cosmos Asset Management established the first Bitcoin ETF to be traded on Australia's CBOE stock exchange. With the following statements, 21Shares Bitcoin ETF and 21Shares Ethereum ETF became one of the first crypto ETFs of Australia. According to the statement, they will be opened for trade on April 27th.

Bitcoin lost a 0,30% value during morning hours and is priced around $41.385. In the week we left behind digital asset funds, there was an outflow of money. Looking at the details, the Bitcoin funds showed an outflow of $72.8 million.

When we consider the BTC/USDT parity technically, the price movement continues within the ascending channel that existed as of January 24th. BTC, which found support from the channel lower line on Monday, started to rise again with the support from this level. As we mentioned in the daily newsletter yesterday, the daily close price is higher than the previous opening, and there is bullish engulfing candle. The indicator shows an upward movement towards the 50DMA level, at $42.150. 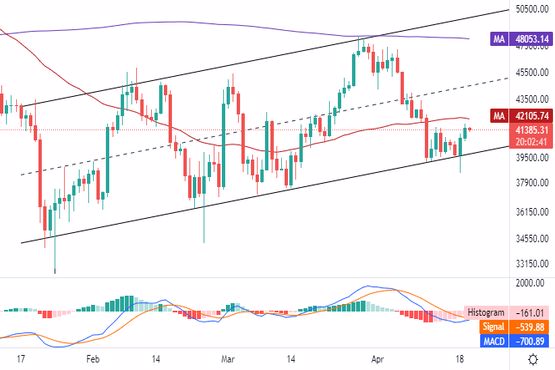 Ethereum lost a 0,35% value during morning hours and is priced around $3090. When we consider ETH/USDT pair technically, ETH, which retreats towards its long-term downtrend, found support at $2986 (Fibo'50). With the accompanying rise, the Fibo 61.80% ($3117) was tested. In the short-term metrics, there is a recovery in MACD on the daily chart in ETH, which receives buy signals. If the $3,000 is not lost downwards again, a rise might follow towards $3,500 (200DMA). 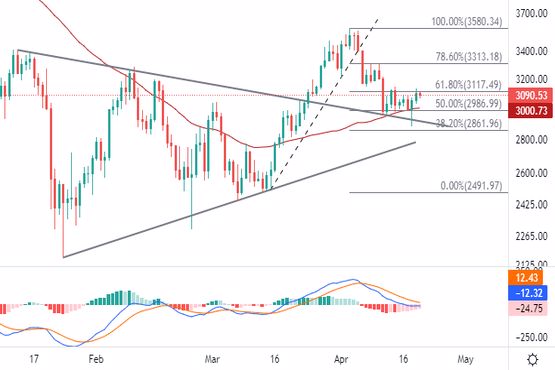 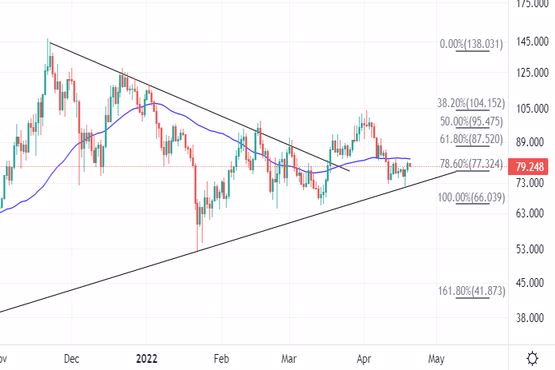 Ripple lost a 0,95% value during morning hours and is priced around $0.7682. When we consider XRP/USDT pair technically, the buy signal came in the MACD. XRP continues its price movement within the existing horizontal channel as of February. In XRP, which has not yet been able to give its investors what they want according to the market, it is seen that there is sales pressure close to the level of 0.7853 dollars (50DMA). If this level triggers, a rise towards $0.916 dollar might follow. 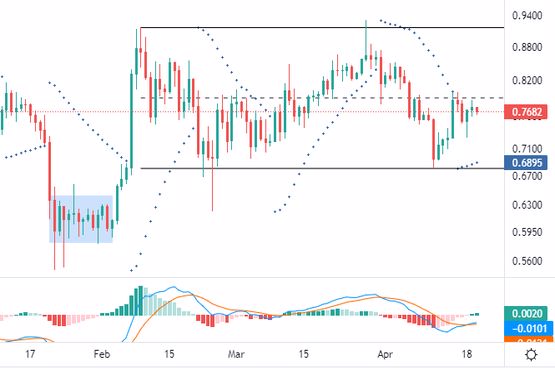 LTC lost a 0,50% value during morning hours and is priced around $112.6. When we consider the LTC/USDT pair technically, LTC had seen a reaction from $114.7, which is an important resistance level. As long as the demand for BTC and ETH continues, the level of 114.7 dollars can be broken upwards, along with the momentum expected to be captured during the dip. 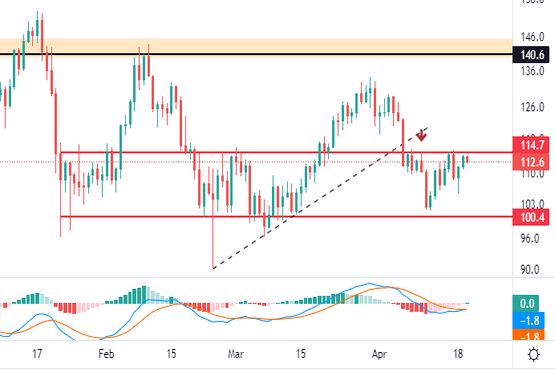 LINK lost a 0,47% value during morning hours and is priced around $14.19. LINK, which has been dominating the price movement below the downtrend since November 10, is priced close to the lower line of the horizontal channel that has existed for more than a year. As long as the demand zone in the channel lower line is not lost downwards, rises might follow towards the supply zone marked in red. 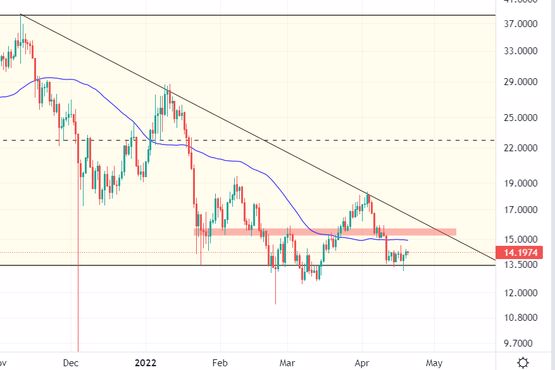 BAT lost a 1,19% value during morning hours, and is priced around $0.7661. When we consider the BAT/USDT parity technically, the price movement continues within the horizontal channel that existed as of March 14th. BAT saw a demand from the zone marked in green and soared towards the middle channel. If the level of 0.78 dollars (50DMA) is broken upwards in BAT, which experienced a pullback when starting the day, an increase may occur towards the level of 0.97 dollars, which corresponds to the upper line of the channel. 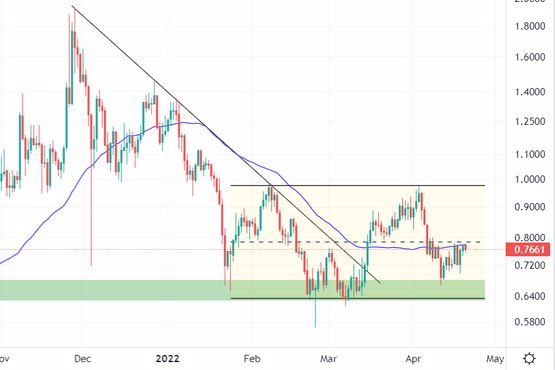